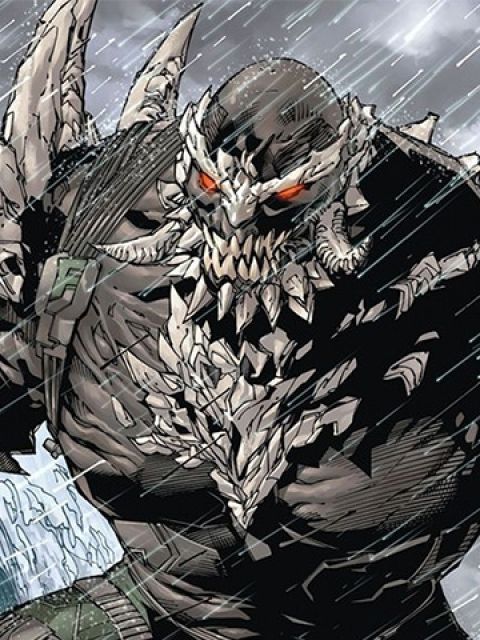 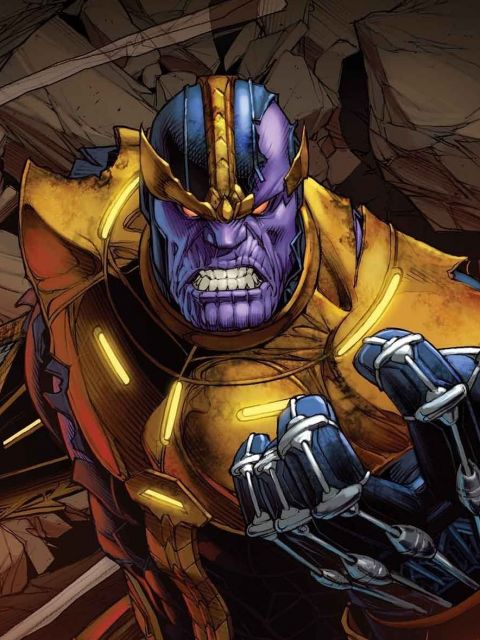 Aries 4 mo 18 d
Doomsday vs Thanos #
Doomsday I can argue for both characters.
show 1 reply

not voted Look, i know Doomsday is basically a meme at this point because of all the "ReAcTIve EVoLUTioN" stuff but hear me out. Doomsday does not have to die before he can gain immunity to an attack. He adapts to a move mid-fight. The first time he hit Superman, nothing. The second time? He sent him flying. Thanos is very powerful and i don't wanna seem like i'm trashing the purple chad, cause i'm not. I'm just questioning his ability to finish off Doomsday considering he's now immune to planet destroying energy attacks, bodily harm, being completely vaporized (by Imperiex amped by the big bang) etc.
Last edited: 4 mo 26 d ago.

Thanos Doomsday grew a mindset so thanos will just mindhax him

Thanos Doomsday evolves from all his attacks and kills Thanos.

Thanos Doomsday has been killed by Psychical attacks before thanos can just destroy the planet they are fighting on like he did in his fight with drax he has beaten the whole Avengers eros iron man
Last edited: 5 mo 17 d ago.

Thanos That means he can't be killed physically anymore. Destroying the planet doesn't mean a win for Thanos

Thanos He doesn't need to die to evolve.
He can't. Superman tried the first time and even the second with prep he couldn't knock him out.

Thanos Superman held back against doomsday where as doomsday can't hold back, and they both died, makes sense for doomsday being above, and he wont come back infinitely, thanos will just turn him into ashes

Thanos And only hunter prey doomsday doesn't need to die to evolve, doomsday at his damn peak, this is base doomsday

Thanos Superman has never held back against Doomsday. He's admitted "Doomsday's taken everything I've dished out" in DOS. Doomsday of all people is the best person to go all out on because he's usually a blank monster.
Doomsday has no limit to his regeneration.
Doomsday has been able to evolve during life ever since Death of Superman. Superman hit him once which sent Doomsday back but when he tried again Doomsday tanked the hit. This lead Superman to think "Is - it possible this guy's getting stronger" and "I've never seen anything on earth or off it - to equal him for sheer brute strength".

Thanos > everything I've dished out
And? everything hes dished out WHILE HOLDING BACK, using the logic of "him being the best to not hold back against" doesnt prove anything, superman held back against EMPEROR JOKER of all things, he always holds back

> Doomsday has no limit to his regeneration.
No limits fallacy, he can only do it when he dies, and even then he gets barely any more powerful, he cant come back from a pile of ashes or him being erased entirely which thanos will do

> Doomsday has been able to evolve during life ever since Death of Superman. Superman hit him once which sent Doomsday back but when he tried again Doomsday tanked the hit. This lead Superman to think "Is - it possible this guy's getting stronger" and "I've never seen anything on earth or off it - to equal him for sheer brute strength".

Doomsday has also hit superman and he didn't get hurt 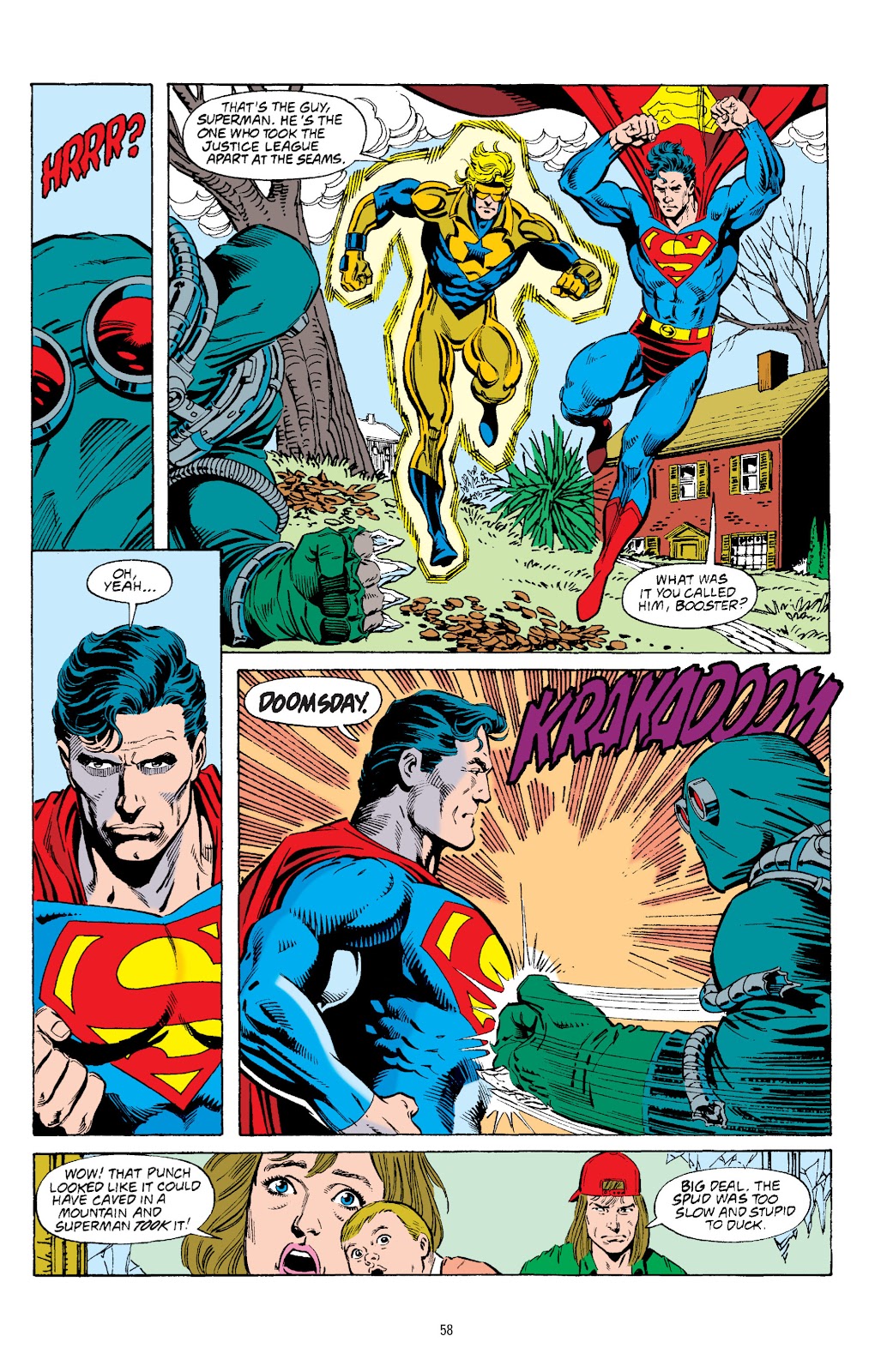 Also he got stronger because he LOST, and after he loses he gets stronger, he cant midway through a fight unless its HP doomsday whom this isn't

Doomsday already lost to superman more times than he won, and he got stomped every time because superman didn't hold back as much

^Regains his form from oblivion after being sent to oblivion

Thanos The whole comic shows him struggling despite going all out. There was nothing to show he was holding back.
That scan was very early in the fight. He throws him around town afterwards.
Superman's only had 1 win against a weakened Doomsday who was still able to KO him.
You make a good point towards the end though. That does make sense. I'll change my vote

Thanos Your a **** you never prove anything

Heroclix21 5 mo 21 d
Doomsday vs Thanos #
Thanos I feel bad for Doomsday in this fight.

Thanos Can I have your top 10 strongest DC Characters overall list?

Thanos I meant most powerful not physically strongest

Thanos Thanos wiped the floor with some of the most powerful cosmic and god beings in the 616 without the gauntlet. Doomsday would be a good opponent, but thanos has faced worst odds.
show 1 reply
OM
OMNintendo 10 mo 27 d
Doomsday vs Thanos #
Doomsday This isn't Thanos with the Infinity Stones. This is base Thanos. Doomsday becomes more powerful and adapts to what is thrown at him. In this case, without the stones, I feel Doomsday would be able to take Thanos.
Sb
Sbahhs 1 y 2 mo 11 d
Doomsday vs Thanos #

Thanos Doomsday beating true Darkseid is definitely an outlier and doesn't explain the fact that True Form Darkseid looks like this https://images.app.goo.gl/f2VXJJb1AmpMm94K9. Btw did the author send you that email?

Thanos But wouldn't true form Darkseid break reality if he left his plane of existence?

Doomsday The writer meant aspect darkseid there not tf darkseid

Thanos The main point that I would like to add is that although this would be an incredibly awesome fight to see Thanos at his base form does have reality warping and time manipulation teleportation as well as matter absorption. None of those things is Doomsday immune to. While it is true that 80% of the things Thanos could do would be ineffective against someone like Doomsday. I have to point out the other things give him just a slight bit of edge he needs to take him down.
show 5 replies

Thanos Not a stomp, but he does win

Thanos Yeah it's a stomp thanos has to much powers

Thanos Thanos without the gauntlet.

Thanos The Darksied vs Doomsday comic was written by a casual who didn't know who Darksied was.

Thanos It is complete and total bull s**t