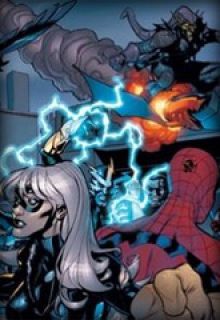 Shortly after Spider-Man and the Black Cat broke Norman Osborn out of jail in a bid to learn the whereabouts of May Parker, they were met outside by a group of Spider-Man’s deadliest enemies. Formed by Norman Osborn and calling themselves the Sinister Twelve, they attacked the heroes as Osborn, now in his Green Goblin costume, made his way to kill Mary Jane. A battle followed in which the heroes were greatly outnumbered and brutally beaten. However Mary Jane knew that Osborn was going to kill he... read more