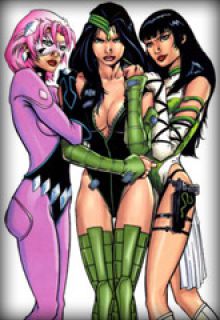 The Asp, Black Mamba, and Diamondback became close friends as founding members of Sidewinder's criminal Serpent Society. When Diamondback began dating Steve Rogers (Captain America), the others acted behind the scenes to make sure the pair's first real date was uneventful. After learning of Diamondback and Cap's relationship, the Society's new leader, King Cobra, had Diamondback kidnapped and placed on trial, fearing her revealing their secrets to the Captain. Diamondback was found guilty by her... read more