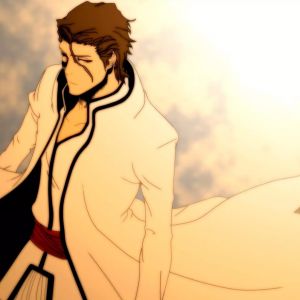 Hey can you vote this battle https://www.superherodb.com/goku-vs-sun-wukong/90-416633

Ye. I am fine. I am just more active on discord now a days. Btw , how are you?

Busy editing stats that is pretty much all. Got a chunk of characters on my added list that needed a lot of my time editing the power stats.
Last edited: 18 d ago.

I hope it won't be hard for you

Oh believe me it is quite exhausting creating universes and editing these stats.
Last edited: 18 d ago.

I see. But still you have my blessings. You can do it

Well thank you so much! Just trying to help continue the site grow.

What's your discord? CosmicKingThor asked me to ask you
show 4 replies

Just talk to him

Btw , @Savage Congrats for being moderator. You are growing Super Fast

Bro what is your discord I'd.that you use currently.comment your reply as private
show 4 replies

I did not found any friend request till now.

Sorry but can you continue it to your real account @R165 . I don't think i should be talking with alts

This is just a lie . Imagine lying these much 😭😭

Sorry if I ruined your hopes😘

Yeah no problem alt of R165

Do you love him so much that you think of me as him?

Ahhh it's the opposite. I hate him so much that i think you are him.

So cute but Should I care? Nope

Manthing is indeed impressive. Btw, bruh do you have discord? If you have then add me there.

I aks this because of this 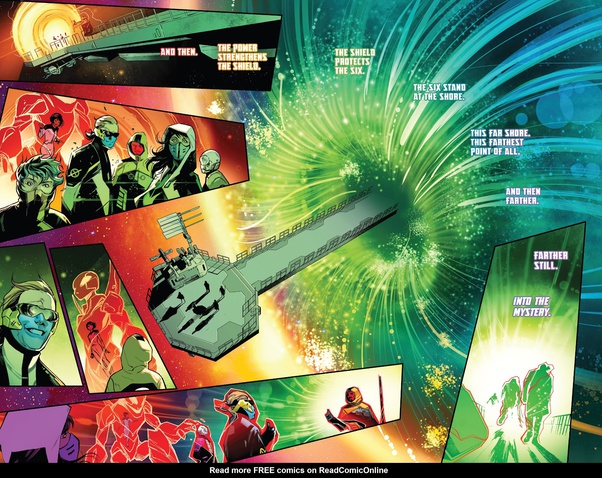 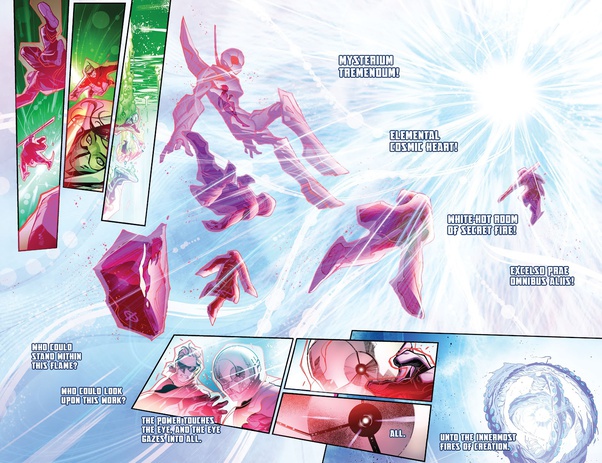 Lol are you a dc fanboy? how does Mandrakk beat Odin.
Last edited: 3 mo 1 d ago.
show 2 replies

Well at some points cas and mandrakk indeed slaps odin. I agree odin does have high outer scaling. But still i don't think odin can beat someone who views godsphere as a germ world 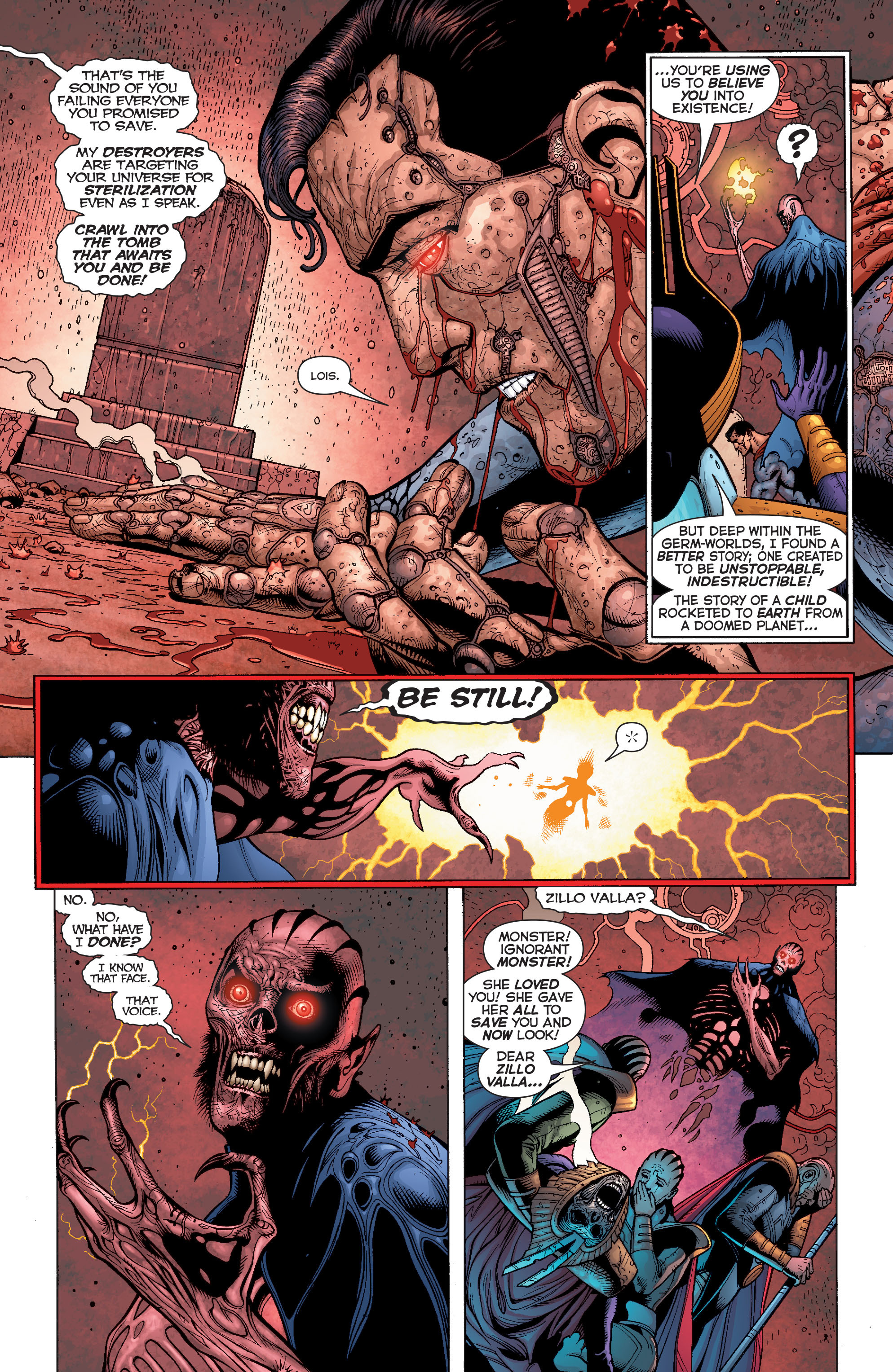 , and plantonic concepts are 1a . Also godsphere is beyond dualities which makes it high 1A. So monitor sphere characters would be boundless. Now, about fanboy then bruh i'm not dc fanboy. Ask anyone like @CosmickingThor or @Emptyhand . I have fought many dc fanboys. The main problem with marvel and dc is dc has got a huge amp and became way stronger than before. Dc even has jungian archetypes scaling. It is way impressivethen before.At past i said more than 10 characters can beat dc while i currently don't think that anymore.Only hoi tiers and toaa might defeat dc rest other characters are not. In raw power marvel=Dc. But in overall cosmology marvel would be higher just because it has shown way better use of alephs and transfinite shits like humans in marvel scales to alephs and each realm has an aleph null transcendence to each other 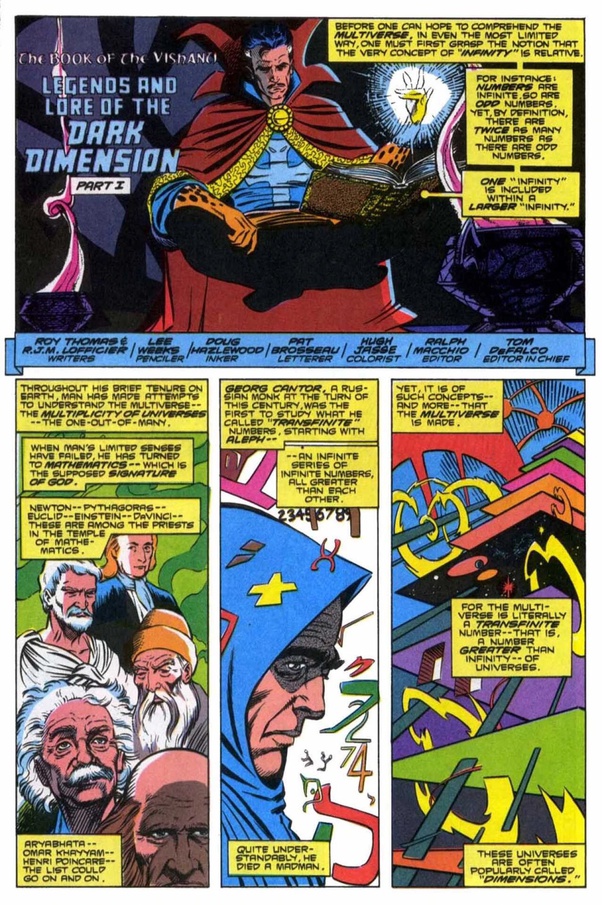 Lol sorry for calling you DC fanboy btw im busy rn but later i will respond to those points you made about Cas and Mandrakk.

Hey how about this profile pic
show 2 replies

One more about thhis

Here he became one with the creator

Here the j. Md says that creator contains everything so is he that powerful or not
Last edited: 3 mo 8 d ago.
show 2 replies

He scales above beyonder.

Atemporal is in your favs
show 1 reply

I did it by mistake

I think maybe never queen because of this

And the far shore is beyond oblivion

Ok i am asking him this on discord.

there is no proof that she transcends dc. She is fodder empty debunked harley here https://www.superherodb.com/milkman-man-harley-quinn-new-52-vs-gwenpool-vision-house-of-ideas/90-550672/

And I know we weren't perfect but I've never felt this way for no one
And I just can't imagine how you could be so okay now that I'm gone
Guess you didn't mean what you wrote in that song about me
'Cause you said forever, now I drive alone past your street

"And I know we weren't perfect but I've never felt this way for no one
And I just can't imagine how you could be so okay now that I'm gone
Guess you didn't mean what you wrote in that song about me
'Cause you said forever, now I drive alone past your street
"-What does this mean? Thou shall explain it in simple words

Leviathan got defeated by some fodder vikings. Hoi easily stomps.

Pls give the document in normal message not in private. If you wanto give it in private then give ut in private in my dm. I can't see private comments on your dm.

Ah, I thought they changed that so you could see private messages if they're replies despite the profile, but sure

thanks. But I thought you knew about Akuto, and why don't you care about Goku?

Yeah. I will try my best.

Team 2 god stomps. This is not even a fair fight.

@R165 Milkman is not even close to overvoid. Also house of ideas tiers of marvel are way more above overvoid

Milkman Man lives in Final Heaven which is above Overvoid, he easily restarts the whole creation and Overvoid is a place where all the ideas and stories collected are similar to the House of Ideas.

Harley Quinn has destroyed Overvoid and views the character as fictional.

@R165 Can you stop telling non sense? Overvoid is just a blank white page which is just similar to oblivion but oblivion is much more stronger than overvoid. Overvoid is defenseles against the concept of story of superman 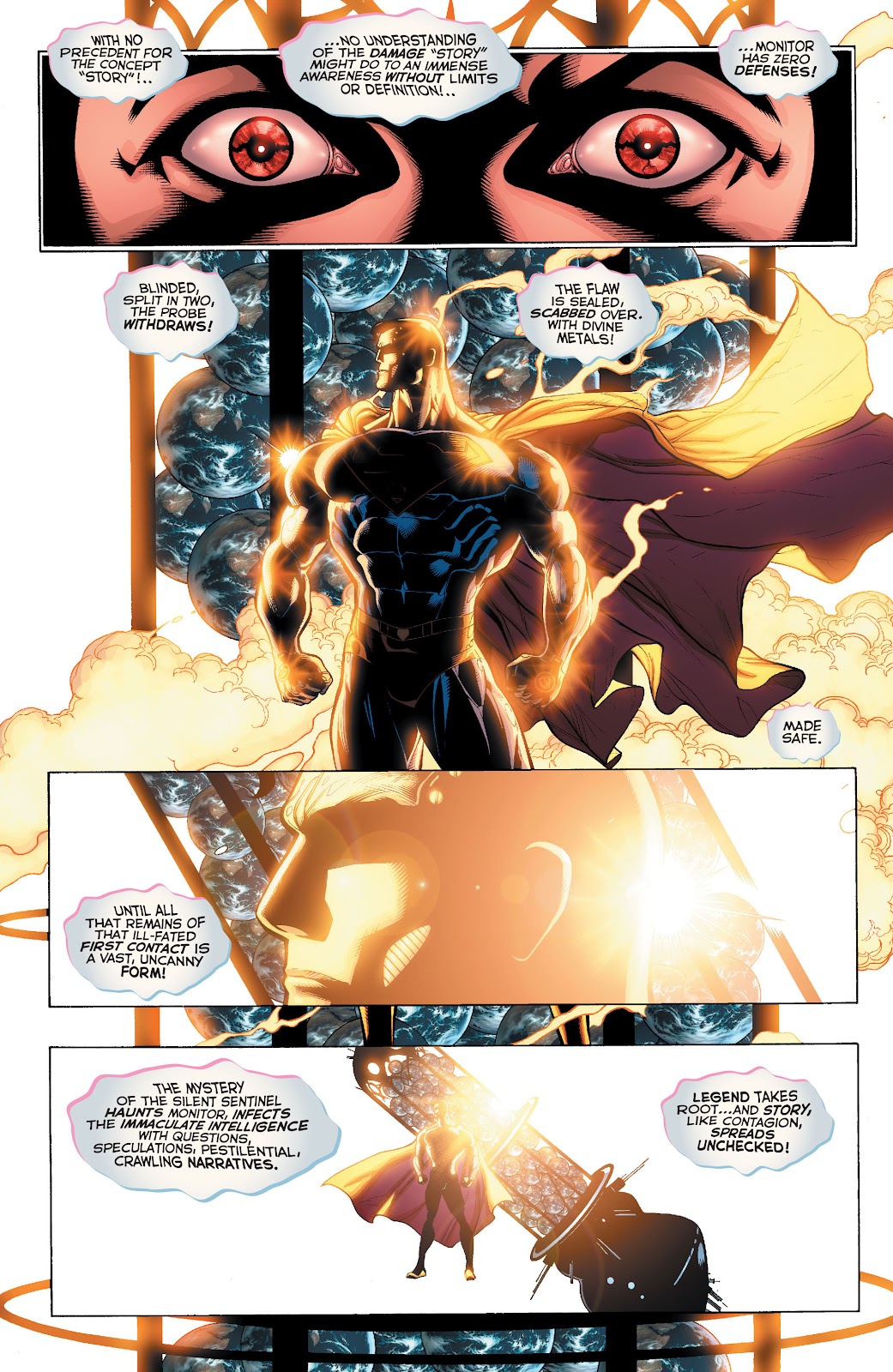 , even Superman with SOS has also breaked overvoid 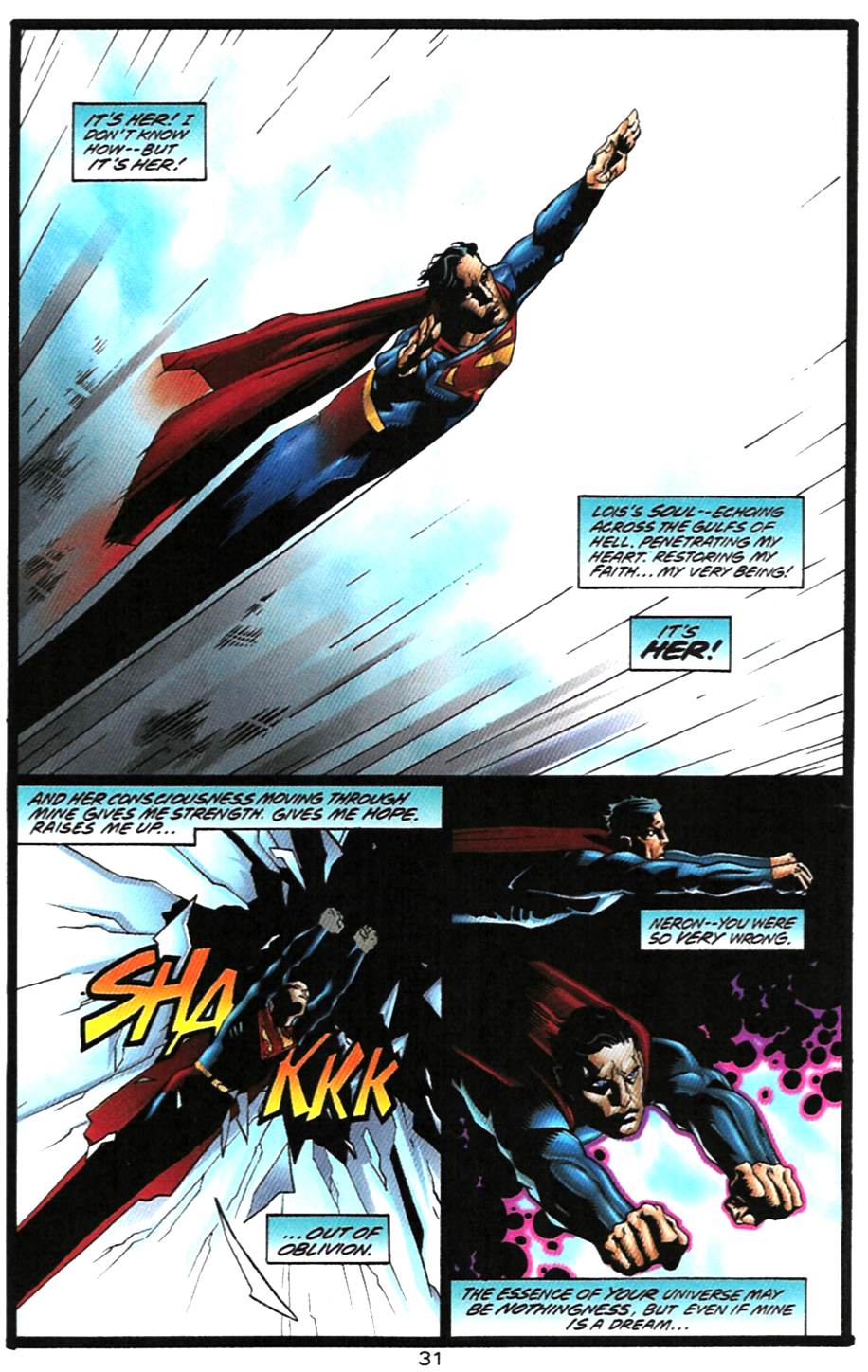 , even lucifer can also enter in the overvoid 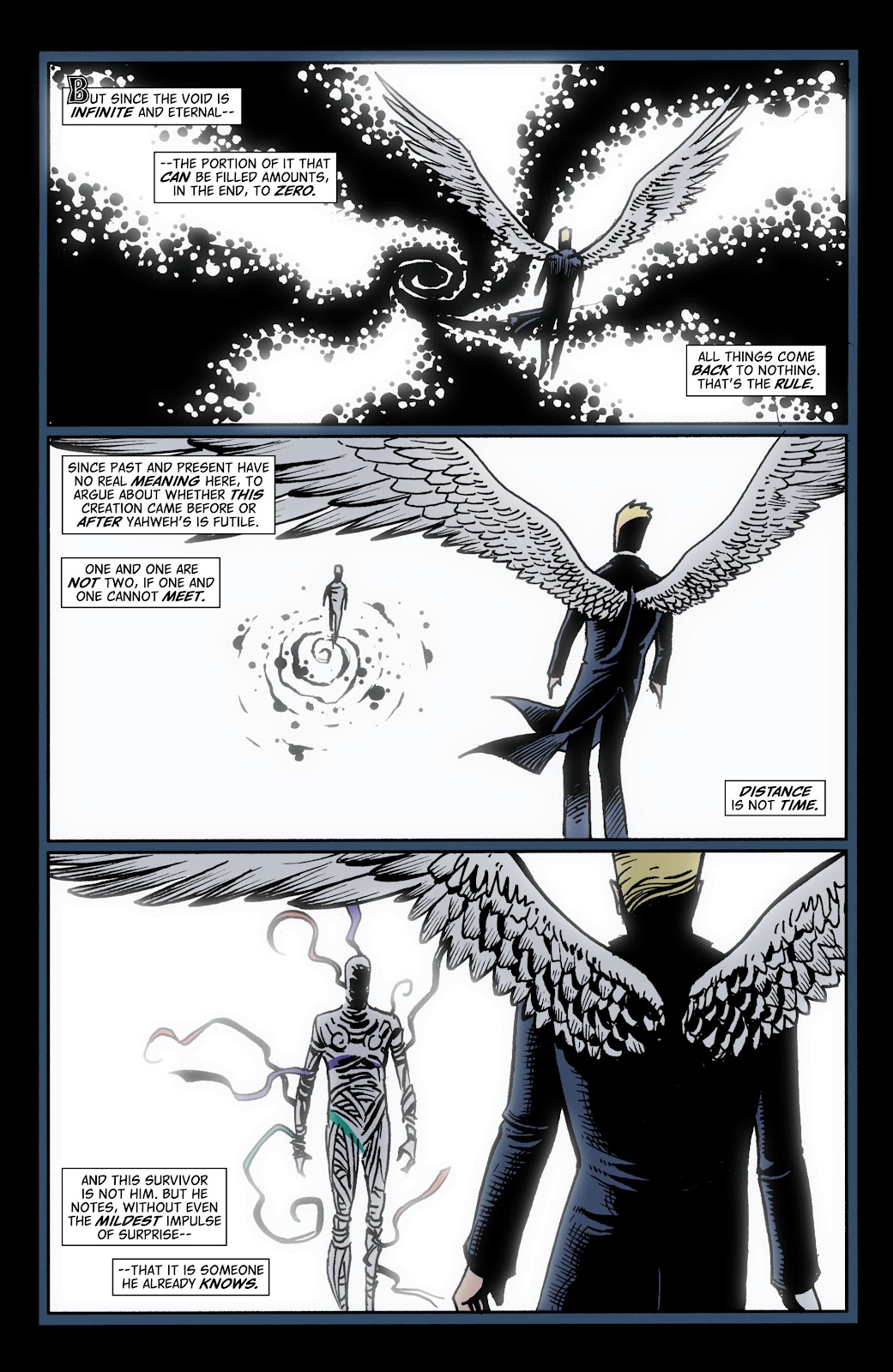 , so overvoid is not that impressive. Yeah it is strong but not even close to hoi. Also hoi is the birth place of all that was, all that is and all that will be

, also characters every characters from marvel are comic books to hoi

, and hoi is the library of stories and marvel have infinite into infinite layers of stories. So characters like milkman and harley quinn will be like a comicbook to hoi. Also people just overrate milkman. An anonymous put a cup of coffee to the map of multiverse it resulted that all of the stories of milkman got erased

, also retconn corps are just on the tier of barbatos

, also retconn corps and milkman are still on the map of multiverse 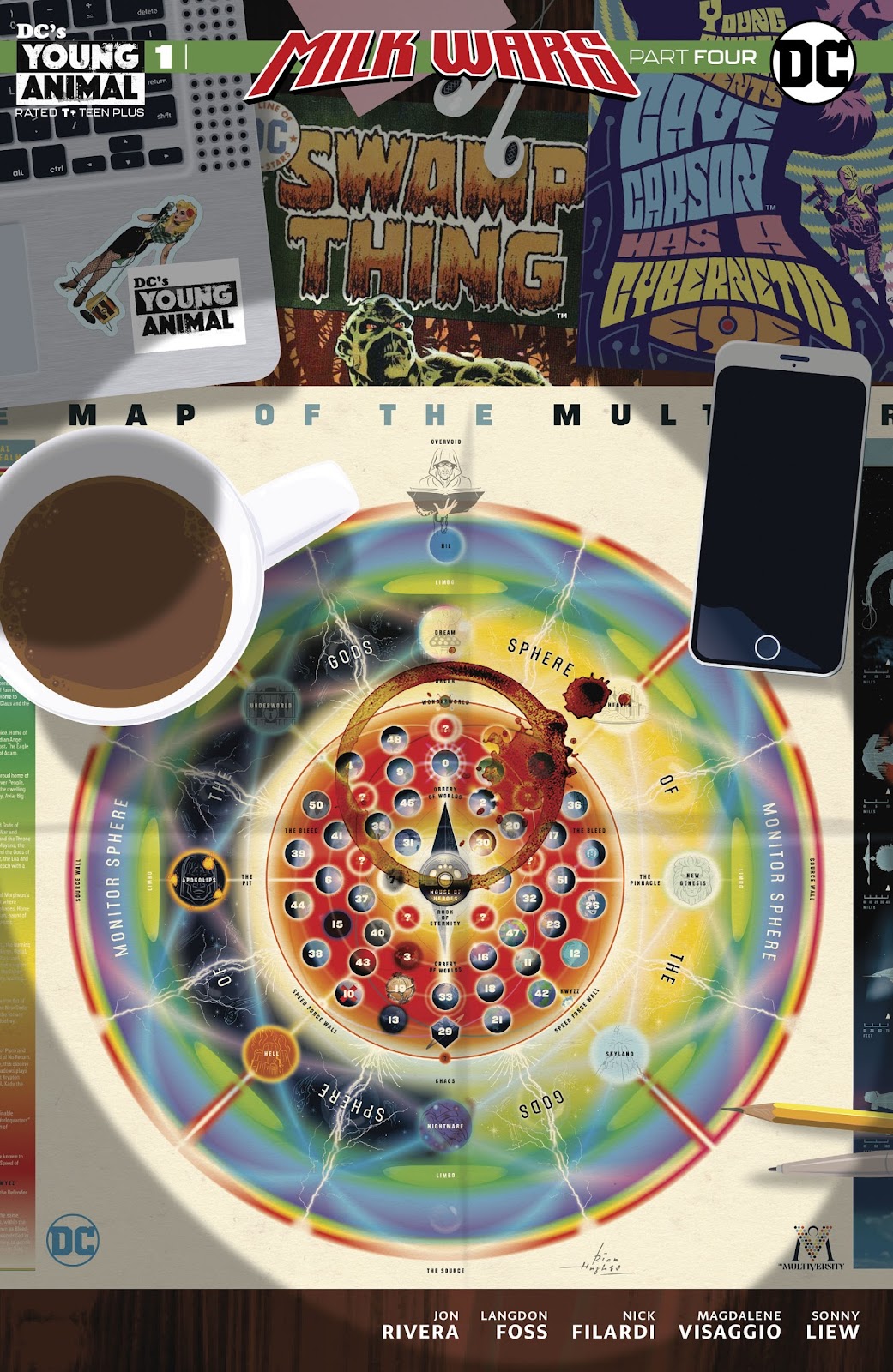 , while overvoid is outside map of multiverse. Also even swamp thing can also kill employees of retconn corps 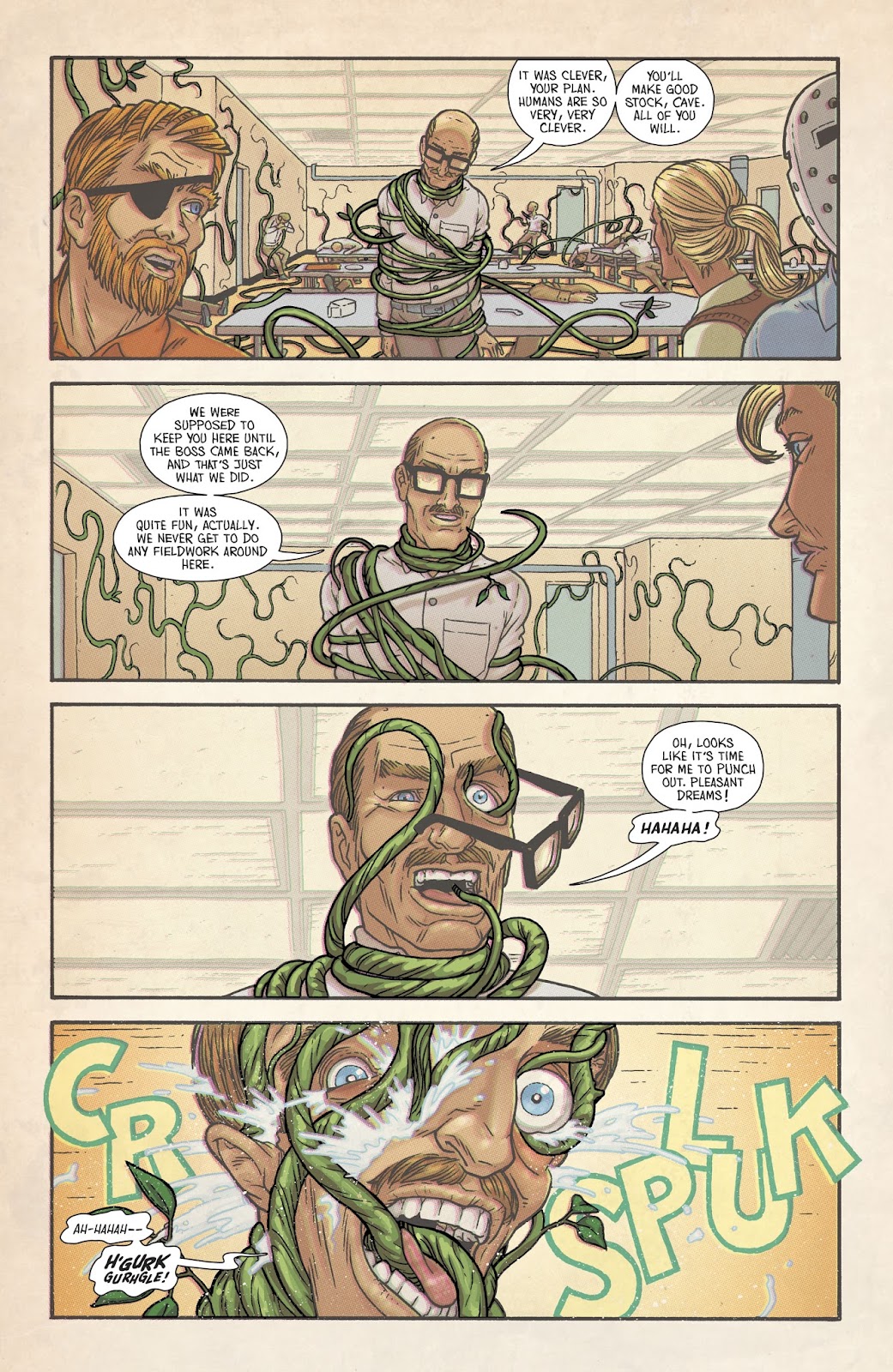 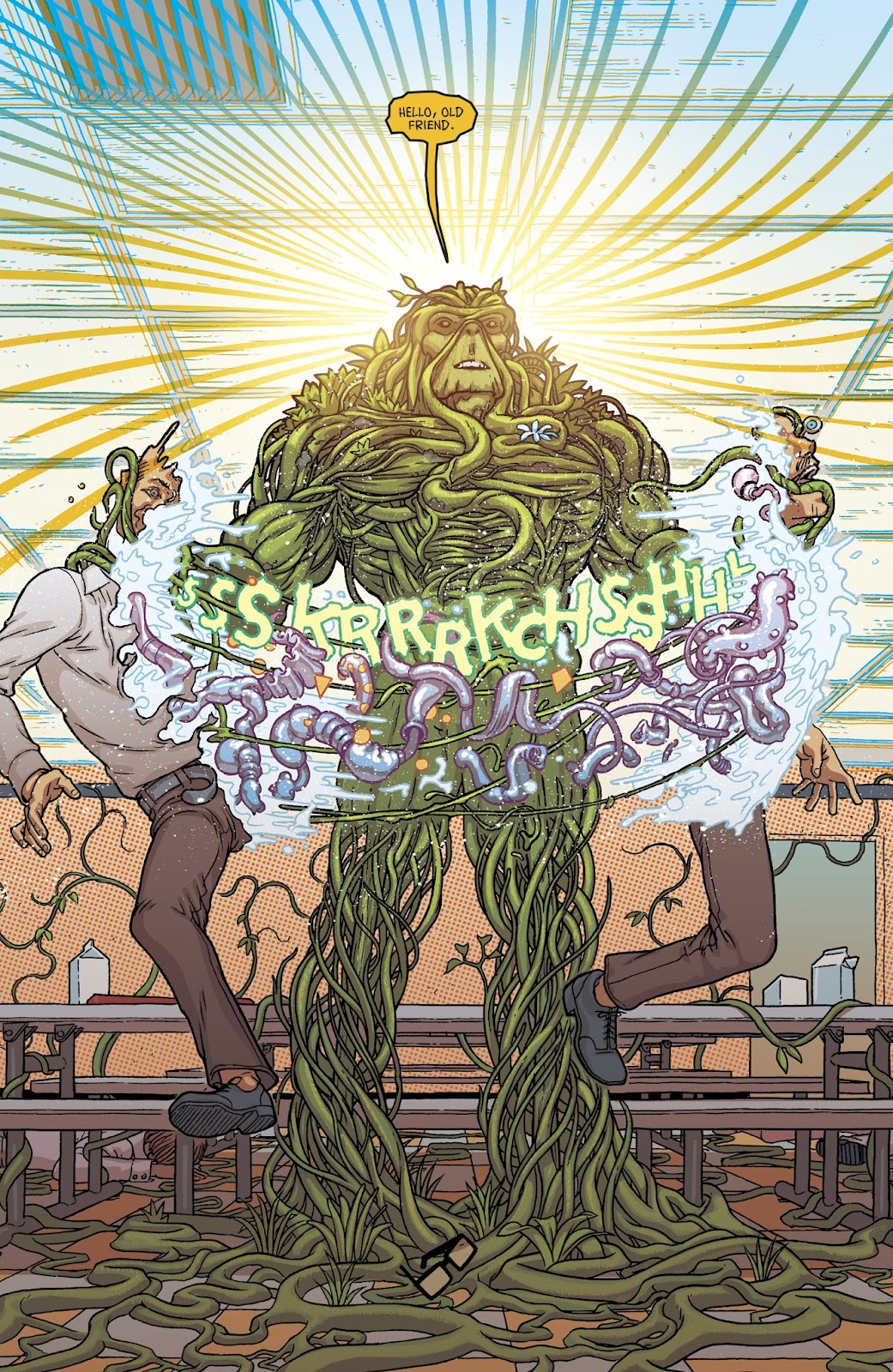 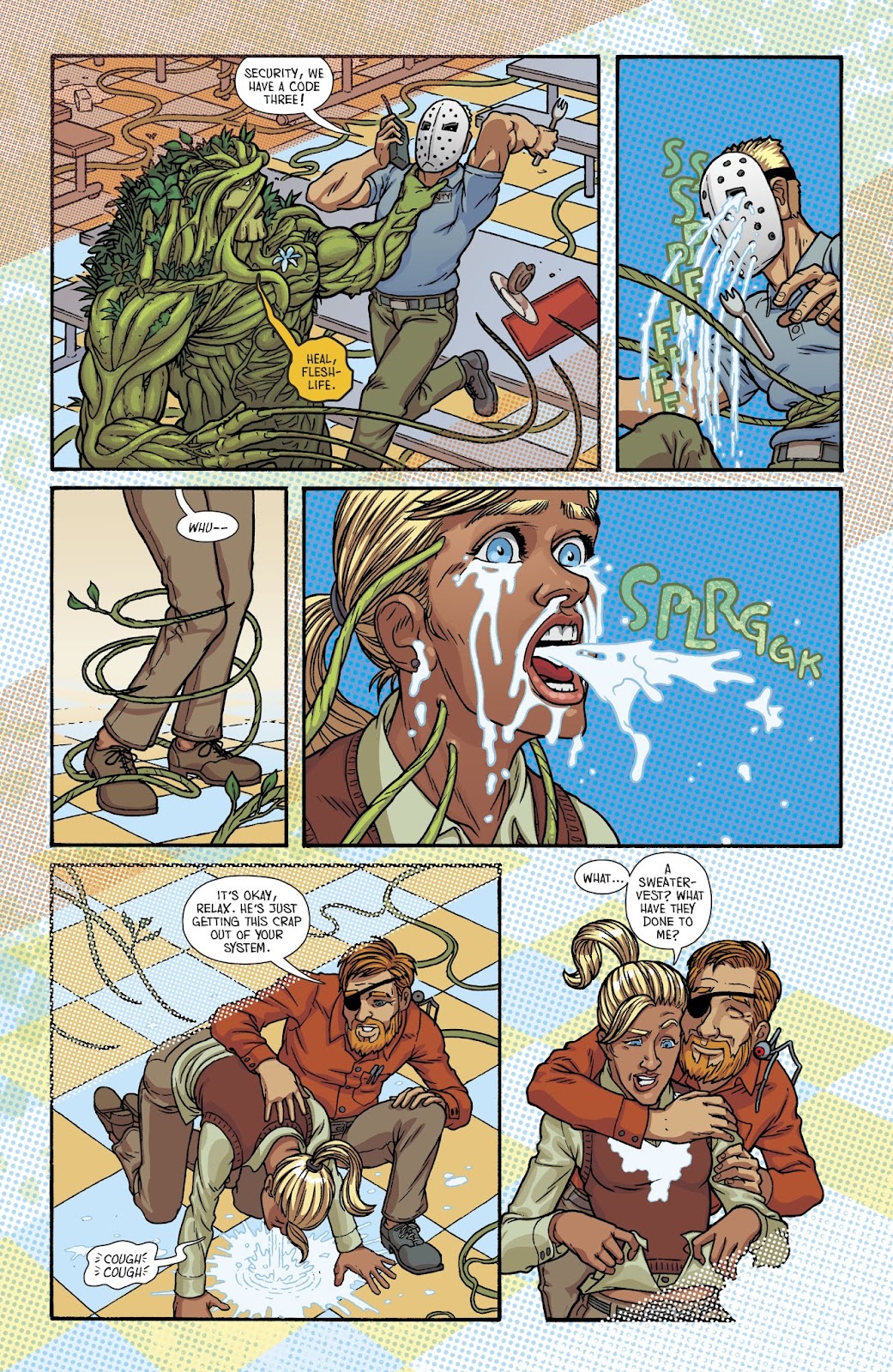 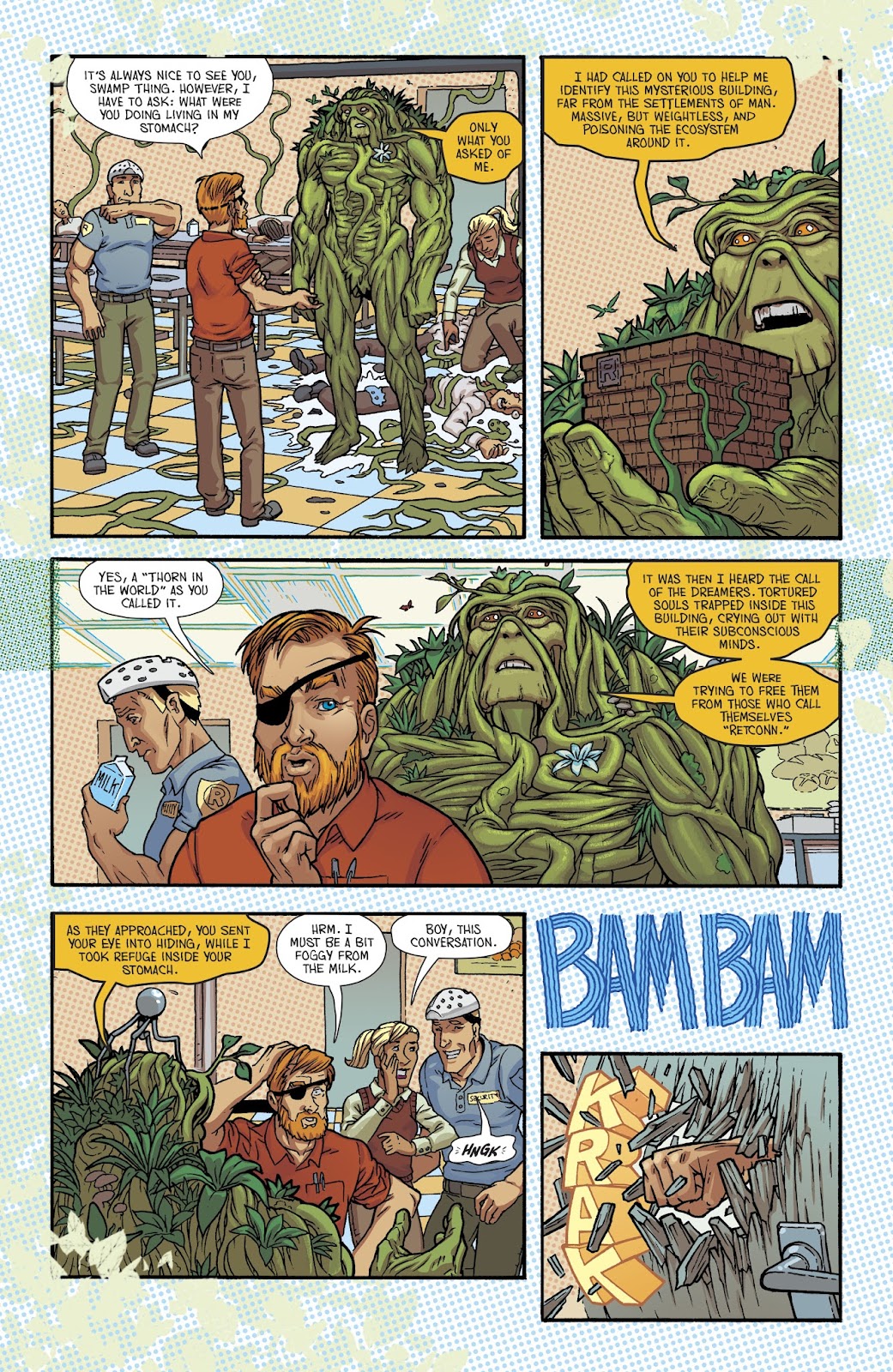 , also not to mention milkman struggles against base wonder woman

Can you tell me how to tag someone?
show 3 replies

What do you mean by tag? Also I don't know how to tag someone.

That’s how you tag someone.

I have voted. Winner is manthing.

@RajinKabir I talk with other people too.

@RajinKabir I am from cumilla. But currently I am living in Dhaka. By the way nice to meet you.
Last edited: 9 mo 12 d ago.
User Class