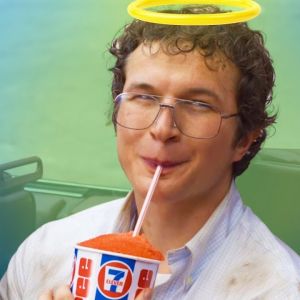 These are the 50 latest comments made by rorysmiles

24
Alduin (TES) Whats difficult to determine about this fight? Alduin wins. Heres why.

Ancalagon the Black has had near zero feats, and bugger all abilities and pwers, not to mention is mortal. Yeah hes BIG which can be both an advantage and disadvantage, mobility and agility is at risk.
Also he was killed by mortals.

Alduin, also known as The World-Eater, God of Time, and the God of Destruction, first creation of Akatosh, (the Cheif of the 9 Divines, Gods). In comparison to Ancalagon, Alduin is immortal and connot die, he has abilities/powers such as:
Magic
Immortality
Thu'um
Great strength
Great mobility
Ressurecton/Necromancy
Pyrokinesis
Necrokinesis
Excellent fluency in Dovahzul
Ability to travel to and from Sovngarde at will (Sovngarde is Nordic Afterlife/Heaven)
Control over a massive self-created fog made of souls
Managing to devour and absorb the souls of those in Sovngarde (Sovngarde is Nordic Afterlife/Heaven).
Reality/Time Warping
The ability to grow and EAT THE WORLD!
ETC.

One of his well-known abilities is to ressurect dead dragons, a dragon necromancer, he was also the Commander of the dragon army, his battle knowledge and battle IQ was developed over thousands of years.
The only way to defeat (doesn't mean get killed) Alduin is by a Dragonborn, a man with the soul of a dragon who posses the power of the Voice (Dragon Shout power).

In my opinion, it would be a slaughter, Alduin could probably just resurrect Ancalagon after hes done with him and have him be part of his dragon army.
Last edited: 3 mo 20 d ago.