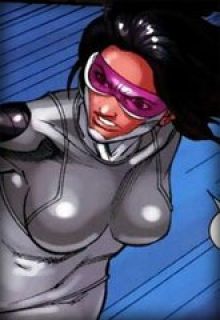 Stacy X first appeared at the X-Ranch, a brothel for mutants with unique powers that would fit at such a locale. Her powers included mainly increasing the healing of her team and the ability to seduce men or make them violently ill. While most of the mutants there did not need to touch their customers Stacy needed to have contact in order for her powers to work. Soon after the destruction of the X-Ranch by the Church Of Humanity Stacy X joined the X-Men. While with the team she continued to service her special clients which lead to a fight with Wolverine. After she was unable to seduce any of the male X-men, especially Archangel, she left the team. Her whereabouts were unknown but she was one of the mutants who lost their powers during the crisis of M-Day. As revealed in the Sally Floyd's Mutant Diaries, Miranda became a street hooker. She worked in New York Cities Red Light District between 9th Ave. and 42nd St. She still retained a reptilian appearance, but seemed to be more scarring instead of scales. She described herself as someone hope had died in.

Sometimes later she turned up as a new member of the newest incarnation of the New Warriors, a group of depowered mutants fighting against the Superhuman Registration Act. To go with her new technological powers, she took up the name Ripcord. During her time as a member she fought against the Zodiac and Machinesmith. She was recently killed alongside her teammate, Skybolt, when an attacking S.H.I.E.L.D. agents' jet pack explodes.