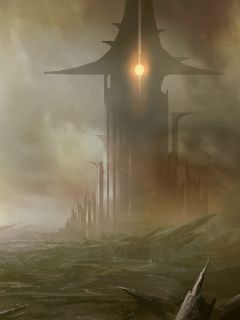 The plane formally known as Mirrodin is now the host for one of the most dire threats to the multiverse: the reborn Phyrexians. Initially composed almost entirely of metal, New Phyrexia spawns horror upon horror that seek to spread their corruption to every plane in the multiverse through the horrific process known as compleation. The Praetors of New Phyrexia are currently ruled by the Grand Cenobite Elesh Norn. The other Praetors, who act as Norn's lieutenants include Jin-Gitaxias, Vorinclex, Sheoldred and Urabrask (although some think the latter two are dead). Each Praetor has their own legion of Phyrexians that bend to their will.

No connections to New Phyrexia found.