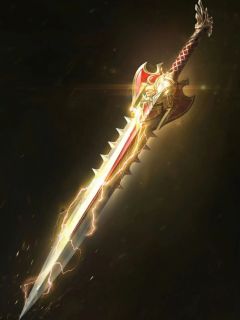 A wizard named Kahji-Da was said to have carved this nearly-indestructible sword from the tusk of an extradimensional dragon.

The sword was passed into the possession of the Ancient One, who in turn gave it to his disciple Doctor Strange.

Strange gave the sword to the Valkyrie after she returned the Ebony Blade to Dane Whitman.

The Lady Sif also picked up Dragonfang during Ragnarök, after Valkyrie fell in battle.