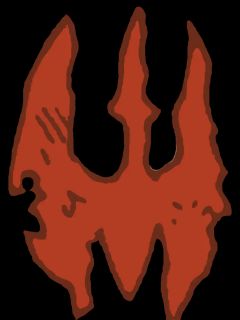 The Death Watch scattered and seemingly disbanded until the beginning of the Clone Wars when they reemerged under the leadership of Pre Vizsla, targeting Duchess Satine Kryze of the New Mandalorians. Striking from their hidden base on Mandalore's moon, Concordia, they orchestrated several terrorist attacks on New Mandalorian cities and Kalevala while garnering support from the Confederacy of Independent Systems. Eventually, when they allied themselves with Darth Maul and the Shadow Collective, they successfully took control of Mandalore from Duchess Kryze. Maul then killed Pre Vizsla, and the Death Watch splintered into two factions—those who gave their loyalty to Maul and those who refused to follow an outsider, led by Bo-Katan Kryze. When Spar founded the Mandalorian Protectors as Mandalore the Resurrector, the Death Watch went into hiding again, under the leadership of Lorka Gedyc, but resurfaced again during the Galactic Civil War, operating out of a base on Endor.