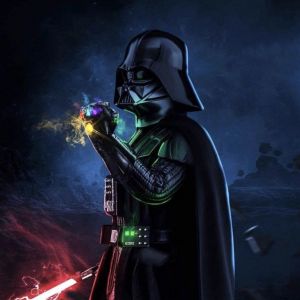 Can you vote for Grimfax?
show 1 reply

Lol, that's good in my world.

BlotskyA 7 d
Bane333 #
ok, I Can't send you a friend request
here's my discord name if you're going to friend me: MarvelDCExtinctionWrestlers#6738

Cool, I added you.

I added you. My name is Perf

Cool! Can I call you perfert?

Any way I can get the websites Discord?

Only if you want to tell me.
Comment deleted.
show 1 reply

😭😭I Will leave this site for 6 years because im a trash editor and the thing i cared the most about editing Batman nobody even ask questions for his abilites of stats they just vote
Last edited: 1 mo 14 d ago.
show 4 replies

I don't think Jon is being serious

And I think your nice.

BlotskyA 1 mo 15 d
Bane333 #
well thank you also do you like my Picture, also go on my oc you're going to like the pictures

https://www.superherodb.com/batman-wip-vs-batman/90-405279/ pls vote wip and it becomes his profile

xerodeep 1 mo 20 d
Bane333 #
Bane, I have a question you might be able to answer. Even though it looks like I have been around longer, I signed up and checked it out occasionally for a week or so and then went into "hibernation" for a while. I have only been really active for about a month or so now. Anyway, on our personal "Battles" page, it list the battles we created and has four columns. I know the first three count the number of votes, messages, and favorites people have added with that battle but what is that last flame looking tally for? What does that one represent? Just curious. Thank you.
show 2 replies

I just noticed that, and I don't know what it is? I'll further investigate, and find out.

Read what i write pls https://www.superherodb.com/forum/whats-your-troll-code-name/100-3967/

BlotskyA 1 mo 26 d
Bane333 #
thanks for being nice to me also i just wanna to ask want to debate on one of my most popular Fights: Daredevil vs The Sentry
show 2 replies

Sure! Let's do this.

I see you're really into Star Wars now, why is that?
show 1 reply

Well if you new me 1 and half years ago that's all I was into, with my first acc (@Justice923) I had 520 somthing votes on just star wars character battles. And tmnt. I first joined the database in 2017 August.

How did you become unworthy, son of Odin?

This is the story of how I became unworthy.

A few months ago, your friend @AkhilPDX created a Death Battle that was just levels of wrong so I debunked it, the act of me debunking it scared him and he flat out apologize for everything bad he said to me and we parted ways for a time. Later, I was through with his crap so I made a list of debunks (I'd show you the comment if youd like though it'll have to be as a private comment so I don't become unworthy again) and posted it on his profile page which resulted yet again in him running away from me but only this time I took his concession and stop going after him and we both returned to our normal business. Since then a last Sunday  I created a forum called "DarkWing's debunk gauntlet" in which I planned on debunking anything that came my way, I started the forum by posting the same list of debunks that I sent him earlier, little did I know how many people I'd offend with that comment and because I was a complete pr1ck @Galactus stepped in and gave me what I deserved... _The End. Little is known about how I became worthy again and throughout my journey through the SHDB community I've yet to find answers, but believe me I'll continue on my quest. Okay, all jokes aside let me know what you think about it and if you have any questions.
Last edited: 2 mo 1 d ago.

Why are you so inactive?
show 6 replies

Working. But I'm back now.

My job, I'm in Construction.

I didn't know you did construction!

Lol thx. Yours is still the legend though.
Last edited: 6 mo 22 d ago.

So will you do that?

There are some things i wanna debate with you thanos VS Superman thanos wins and thanos vs goku thanos wins
Last edited: 2 mo 5 d ago.

Go on discord more often and message me

My dude how long has it been since you've been online?
show 3 replies

@Empty I've been off for a while but I'm back now. @Dark_Wing that isn't my acc, I only have 1

The strongest human in reality cannlift around. 2 tons so that is the maximum human strength
show 2 replies

Why you are not online
show 2 replies

*that was from two months ago; do you really think I was being serious? And if I was I've probably gotten over it at this point because you know, IT WAS FROM TWO MONTHS AND 12 DAYS AGO.

And if someone has accelerated healing or regeneration, does it affect the durability in large measure?
show 3 replies

I got confused when I see Deadpool (Fox) stats

Ohh okay, thx. I really got confused by Deadpool fox stats, where his durability is 65, which should have been 100 then

Hei, i'm still a bit confused on how to scale the power stat, especially on human non powered characters, i know that usually it doesnt go beyond 50/60, but still not sure how to put it. Is it based on his gift/abilities? Or his gadgets? Or his strength? Do you know how to?
show 5 replies

On a non-powered human, I scale with abilities and strength, I don't include gadgets bc there just tools there not part of his body. If that's what you were asking.

Like for ex : mr terific, he is a hero only based on his intelligence and gadgets. And his gadgets are almost a part of him, like it could be automatically programmed to shield him or block him from bullet. And he could use them to fly in the comics. How would you rate the power?

Hmm? Good question? Just because the gadgets made him do it. And you could add in the power text how his gadgets can potentially make him fly. I don't know it's a tricky area to rate in. I'd give him a power of 40/50 maybe 55 sounds good for him. What do you think?

https://www.superherodb.com/forum/guess-game/100-3733 wanna play this game with me

Did you ever watch pinguïns of Madagascar
show 1 reply

Yes. I have. Good but not as good as turbo or despicable me

You are now an editor man, congratss

Can you do something for me vote on anacondrai general. https://www.superherodb.com/characters/add/

I can't see the green thumb.

Are you on phone ?

I did it. I just turnt my phone side ways.

Ranking the bat family (as far as Akham goes)

@Darkwing
But is it in strength, intelligence, durability, combat, or just bestness

Well in combat, Nightwing is usually second in all incarnations, but the rest looks accurate for the Arkham verse.

Makes sense but why did you put nightwing so high I thought he was vastly weaker in Arkham, as far as I know Barbra is really just a female Batman that's why I put her so high, and Jason is one of the highter teir characters I do admit that

Cool your still my freind. 😁👍

I want to talk with you but idk about what

Nice good job. I'm proud of you,
Hopefully I can make it there in the future.

What video game do you play? Anything is better then fortnite
show 2 replies

I play PUBG. And Fortnite
but that's about it. I lost my ps4
I had about 45 games I played on that but now I only use mobile games.

Sure,
if you got the time, we can debate a little.
By the way Bane wins in my opinion.

Just to be clear I chose daredevil

Really. for how long will you be inactive???

1 month i may be alone some times but not much

What's wrong with him

our roleplay is gonna be a trilogy

Oh cool thx for letting me no.

Very very Tough fight,
But nightwing fighting skill and speed and intelligence is his only edge,
Jason's edge is strength and durability,
I say Jason takes the win but it's tough
(Jason Todd 10) (9 dick Grayson)
Ready to debate.

And in this fight morals are off, they both are blood lusted and hate each other with every bone and brain cell in there body, and are willing to kill each other with out a thought. Reply on the (Nightwing vs red hood) comment page, Let's debate if you have discord for feats scans and evidence, will use that.

Why dont you react to my messages below
show 1 reply

Im sorry for everything dont leave mate you made me cry.

if you leave i will leave too

I believe I messaged you on discord. Check and if I did please reply to my message
show 3 replies

I saw it, if you don't know how to set a profile picture well you go to your settings, and set a picture

I wasn't aware you still have an OC block. I'll remove it tonight.
You can now edit Red Hood (New 52) and Deadshot (New 52)
show 1 reply

The oc block was on justice923 acc,
That's why I created this one, I'm clean and clear on this one.