What are some of your OC's feats? 1. Dr. Knight (dark form) can compete by power with other powerful evil deities. which exist beyond the multiverse and beyond any form of existence

2. Dr. Knight (dark form), can eliminate the concept of multiverse

3. Dr. Knight (Dark Form) can hold unlimited dominion over all evil, at the highest level and absolute leve, lincluding: physical, moral, social and demonic, on the border between All fiction and reality, as well as there is dominion over beings that are feasible in fiction and the real world. that is, if ordinary person in the (real world) become evil technically fall under the control of Dr. Knight (Dark Form).the same goes for characters in fiction.

5. Dr. Knight (dark form) can cross the barrier of time in nanoseconds.

6. Dr. Knight (dark form) can change and deform the concept, matter, and reality in emptiness and nothingness.

8. Dr. Knight can lift and move, from 500,000 multiverses, with the palms of his fingers or with his thought.

759
To add only a few new feats of theos - he can draw a round square, cross an irresistible force and a motionless object and combine destiny and free will at the same time.
show 5 replies

its a squircle, obvi 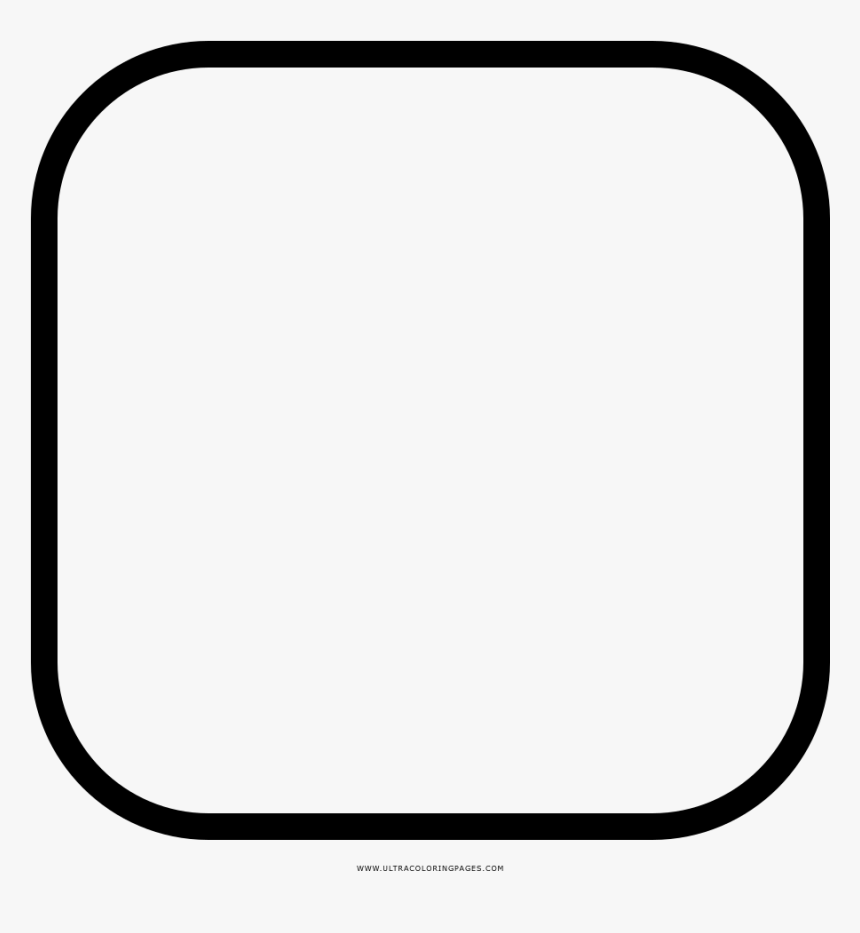 759
I meant that Theos could make a square circle.

759
@masterking2 I know that he is omnipotent. In principle, he does not even need feats, because unlike other omnipotent beings, Theos can perform any impossible feat without any Limit. but I just wanted to write some of his that he did. he is an absolutely infinite and omnipotent being, and nothing is impossible for him to do.

10.1K
1 Professor X said that Dr. Knight's overwhelming power is so massive and powerful could collpase Infinite multiverses on the other hand, Reed Richards also talks about Dr. Knight.even if I wanted to erase it from the concept of existence. it will be in vain.

3. Dr. Knight, wrote His own Plot of the Multiverse containing in it the whole continuum of time and space and the very metaphysical reality.


4. Dr. Knight can erase magical and quantum beings with one thought.


5. Dr. Knight. he was able to Walk From Fifth to Fifth with characters such as Lucifer Morningstar, even when he was weak.

7. Dr. Knight, He removed the very concept of Void (Nothing) fundamentally erasing all forms of existence.
show 1 reply

72.3K
Samael : strength: he's able stalemate one from the abyss
Durability : takes no damage from normal weapons
Speed : he can teleport from hell to earth in few seconds
He can also heal himself from injuries
Intelligence : he's smarter than a normal human can memorize things in seconds
feats : he's able to manipulate reality on an universal+ scale
Can manipulate the hellfire .fly shape his aspect
Ressurect other
Read people's and control people's mind
Manipulate the soul of living beings
He can manipulate time such as speed it to accelerate the process of slow it
Manipulate void
Can also manipulate energy to create powerful blasts

1.8K
dark doom, has god-like powers / abilities that he can function the Power of his feat, on a highly universal scale + to the limits of a high complex multiverse, which allows him to destroy and create spaces whose size corresponds to six to seven -high levels of infinity greater than the standard universal model. In terms of "dimensional" scale, this can be equated to 10 and 11-dimensional real coordinate spaces.

its speed level is relativistic speed from 60% of the speed of light - Mach 700,000 ) to High Multi-Universal + speed. the same goes for his battles, reflexes, movements, attacks and battles.


his level of intelligence is unlimited and infinite, in short he is an omniscient being, his knowledge is not limited by his ability to know everything, including the past, the present and time.

resilience, dark doom, is resilient to absolutely all powers, without limits.
show 1 reply

Current Blue Blanket feats: All are from stories I've written unless stated otherwise.

Durability
-Gets punched through a house, has zero effect
-Takes getting thrown through a planet
-Takes getting punched through realities by Zack
-Survives a solo fight with Antithesis
-Survives, quote "light of a thousand universes" (Keep in mind, that light counteracts his own powers.)
-Survives, qoute "enough light to destroy 5 dark balance avatars"
-Gets hit with the "force of galaxies colliding" from Antithesis energy beams

Speed
-Fast enough to challenge quicksilver in a foot race (In a story by masterking2)
-Can Teleport light years away with ease
-Can easily reach supersonic speeds.
-Flies after Antithesis after punching him hundred of miles into space.

Power
-Matches Antithesis energy with his own (Antithesis's energy hits like galaxies colliding.)
-Can control the darkness of an entire multiverse.
-Stated to be capable of covering the multiverse in perpetual darkness and death.
-Is the embodiment of darkness.
-Banishes Antithesis to another dimension, which crumbles reality
-OVERPOWERS Antithesis's own energy. (Who was commanding the light of the multiverse.)
-Fight with Zack rips multiverse
-Easily reality warps house
Last edited: 4 mo 22 d ago.

@SNK68: I'd like to see some feats of your characters 🤭
show 3 replies

Just look at my OC's, the only original OC I created is "The Fallen Angel Of Light", his feats are in his history. As for the other 3, they are Marvel characters that I was asked to create for the Heralds and Galactus to judge me on. Character two is about to be officially added to the SHBd roster as I am creating him as we speak.

•Control and bending reality into immeasurable dimensions on a whim

•manipulating the subconscious of one's own writer.

•can define any kind of verse in different angles and aspects, but only according to his own will.

•Since the TOAA and the Presence are barely proving to be factual omnipotent beings, around their own fictional universes. he can create a separate Metaversal being through himself that can on-influence them for whatever reason.

•can easily can destroy entire fractal chains from Marvel's Fictional Worlds whose are included in each other embracing the whole reality there.

•able to compete with SCP-001 (Database), SCP-3812 (The Voice Behind Me), White Light (Transrealist), Amaranth, Undoubtedly First, the Fireman in twin peaks and Mr creepypasta the Blueman.and to walk on tiptoe with other big Fishs in every kind of fiction.

Strength: Was able to beat his brother Uriel in combat
Punched a galaxy into oblivion
Destroyed a star

Speed: Can travel from Earth to Heaven in seconds
Can appear out of know where
Outflew a spaceship

Durability: Took the full force of power from 70 angels
Survived a galactic explosion
Survived a deep cut from the flaming sword
Got hit with 3 planets and didn't show a scratch

Powers: Reality Warping
Creation
Could light up the universe with his divine light
Can sense powerful beings like Galactus, Dormammu, and Eternity
Can resist time manipulation

759
Here is a feat from Theos.
It can overwhelm any omnipotent level.
such examples include -The Presence, One-above-all, Azathoth, The Writer, Eru Iluvatar and many more.
show 3 replies

8.6K
can we get a character that's not omnipotent or nigh omnipotent for once?

759
can we get a character that's not omnipotent or nigh omnipotent for once?

759
I forgot another feat that can shift all logical structures completely unbounded by beings who manipulate the Plot/ Metaphysics to a Upper-layer of Reality, this only applies to characters who are subordinate to their universe.

1.1K
Jimmy page (avatar) defeated billions of
Cosmic Gods who cann't create and insult Music.
Jimmy has power to turn music in to anything, his music power is infinity.

14.9K
Prince Wes:
Strength: Held two universes from collapsing into a void.
Held the multiverse in his hands. (almost as large as an omniverse.)
Beat Cosmic Immortal hulk in a strength contest easily

Speed:
Traveled across the multiverse in 9 milliseconds.
Beat Black Racer and all the other speedsters in a race.

Durability:
Survived a blast from the god of his universe.
Unfazed from punches of the beyonder
Didn't get hurt falling into TOBA's pit in hell.

Power:
Unlimited manipulation over reality, space, time, nature, matter, energy, and quantum physcics.
Can travel to different fictions like for example, he can travel to the dc multiverse and the marvel multiverse.
Strength that can break reality.
Telepathy, Telekinesis on a scale higher than the WPOTC.

583
@MaseTheFace ready for the challenge

583
Thunderbolt:
Strength: Has beaten Superman in a 1v1
Lifted a cosmic object 5 times the size of earth
Lasted 5 days straight in an arm wrestle with Darkseid until defeat
He lifted 150 different multiverses with one finger without even trying(each is 10x bigger than our universe)(by trying with one finger he lifted 150,000)
With one punch he destroyed a universe (10x bigger than our universe)

Speed:
Went toe to toe with The Flash in a race
Can move light speed
Can move so fast that he can appear 2 places at once

Durability:
Survived 250 galaxies collapsing on him
Got hit by Darkseid and the Anti-Monitor many times
Since my character has very strong strength then my durability would evidentially have to match my strength meaning that my durability would have to 150,000 x10 according to his strongest strength feat and you would get 1,500,000 meaning that I could lift maximum number of those many universes and also get hit with the same amount of force and survive

Power itself:
Generated enough lightning to light and power up a whole planet
Has Absolute control of cosmic weather, nature, and temperature itself
Can make enough lightning from his body to blast through entire galaxies in an instant
If using all of his power he can make enough energy to blast and destroy 10% of the multiverse at the cost of something tragic
He can remotely and aimlessly control weather from somewhere else
He once controlled weather from his whole universe (10x bigger than ours)
Matter of fact he once controlled weather, nature, and temperature all around the Multiverse causing chaos for days straight
@MaseTheFace

21.5K
I’d say blue wins due to him keeping the multiverse together and all

21.5K
the magician
destroyed a universe with a wave
created 12.5 of the multiverse
withstood multiversal level attacks
became the grand chaos and fought a outerversal group
rebuilt the cosmic rules
show 1 reply

--OUTDATED DO NOT LOOK--

Power
————————————-
Absorbed entire planets onto his cloak/blanket
Covered the entire Dc universe in darkness
Dimensional barriers don’t apply to him
His cloak has an infinite pocket dimension inside of it
Absorbed an Universe
The cosmic embodiment of all darkness in the multiverse
Last edited: 4 mo 27 d ago.
show 6 replies
ma
majorman 6 mo 20 d
OC feats #

45
Ok. Do you have a updated version or is that a work in progress?

@majorman: It's a work in progress. When I made this list he was much less powerful. He is still capable of preforming these feats but It's no where near his full potential

21.5K
shadows weakest consumed a galaxy with darkness
strongest:manipulated all the darkness within the multiverse