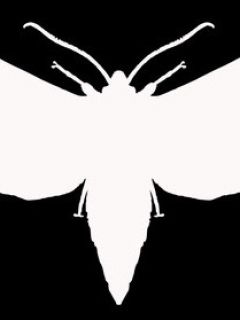 Mothman’s agility is at the peak of human potential. He is highly trained in the field of gymnastics and acrobatics. He can able to move in any type of physical way flawlessly. They could be the finest dancer in the world, the best martial artist, the greatest athlete, etc.

Mothman has conditioned durability at the peak of human limits. He is able to survive being hit with 1008 J to 5000 J. He can take getting beaten by a thick wooden baseball bat and it would break,falling a couple of stories from a building like 50 ft - 100 ft, getting shot in non-fatal areas of his physical body, survive and entire building collapse, and possibly for him that is enhanced.

Mothman is at the highest mental and physical condition that a human can reach. He can tolerate large amounts of physical pain such as being shot or stabbed repeatedly, burned with high heat, and beating that no ordinary person could handle. He can also hold his breath for large intervals like 3-29 minutes while underwater, and remain calm through stressful or painful situations.

Mothman is capable of learning a variety of essential skills and advanced capabilities in a day, which would take a normal person years to achieve mastery over, memorize any knowledge instantly without any mistakes, and process information at a much faster rate, possess amazing skills of deduction and reasoning, becoming a master strategist, possess an extensive scientific knowledge, etc.

Mothman can catch a fired arrow in midair, respond to extremely fast-paced combat, and perform amazing physically defensive feats; He could energy evade strikes from beings with super speed, and dodge multiple gunfire with ease.

Mothman can sustain himself without tiring, to the limit of a peak human. He can generally possess a highly developed musculature that generates less fatigue toxins than the musculature of most other humans or similar beings, endowing peak Human level stamina. As much, they are perform feats such as running for several of kilometers/miles without losing breath or exerting themselves at peak capacity for hours with minor to no fatigue.

Mothman can move as fast as a humanly possible. He can run up to 9.8 to 17.89 m/s. With this sort of speed, one could catch-up to or outrun moving vehicles, are likely to always be first in running races and have great reaction time.

Mothman is strong enough to lift over twice of his own body weight to 227 - 454 kg. He is able to knock people clean out. He can able to punch an enemy through a brick wall, lifting a full grown person in the air with one arm, and even throwing them several meters. For some users, their strength is strong enough to wrestle or even overpower wild animals such as large bears and gorillas.