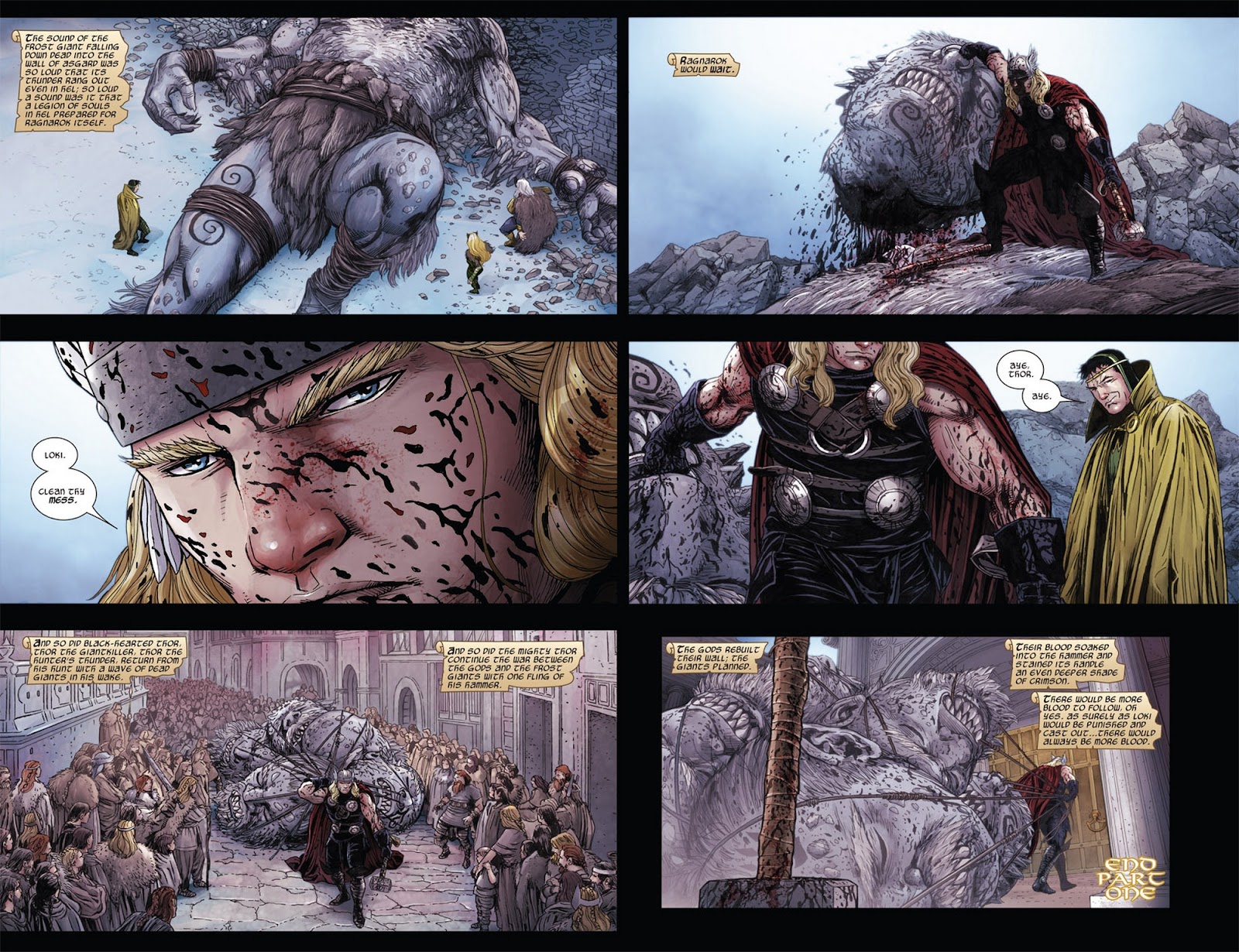 All I'm saying is Thor kills without remorse all the time

Anti-Monitor (New 52) @Jessica_05 @Deathstroke_01 *Doctor Strange flies over toward Shuma-Gorath, realizing that he does not have the power to change the past and prevent the Ancient One's death, unlike Sise-Neg, all the while being taunted by Mordo that he is flying to his doom. Strange realizes that Sise-Neg's power has almost reached its totality and that his power is near non-existent, but he attacks Shuma-Gorath nonetheless with a Bolts of Bedevilment spell. Shuma-Gorath does not even feel the spell, but Strange suddenly becomes invisible, forcing him to realize that Sise-Neg has absorbed so much power that even his very being is close to non-existence.

Strange turns to Sise-Neg for help, as he is the only one with the power to stop Shuma-Gorath. The powerful 31st Century sorcerer becomes surprised at Strange's audacity to dare approach him and states that with the slightest thought he can destroy him. Strange points Sise-Neg to the primates yelling in fear and agony as they are being devoured by Shuma-Gorath relentlessly, and tells the great magician that although he has transcended humans they are still responsible for his very existence. He asks Sise-Neg how he can possibly abandon his ancestors to something inhuman.

Sise-Neg pauses deep in thought as Shuma-Gorath continues to devour the primates, but then finally reaches a decision. Convinced by the words of Doctor Strange and enticed by Shuma-Gorath's energy, Sise-Neg decides to save the primates and put an end to Shuma-Gorath’s reign on Earth. However, Sise-Neg realizes that Shuma-Gorath is an energy absorber that would drain too much power from him should he attempt to directly confront it. Therefore, Sise-Neg puts Shuma-Gorath in a deep slumber and banishes the chaos lord to another dimension before it can detect the presence of the three magicians After this encounter, Sise-Neg finally absorbs all the powers of time and space and destroys the Marvel Universe, as planets, stars, and everything in existence returns to the pre-Big Bang point - a void of nothingness. Sise-Neg appears out of the nothingness and declares to Doctor Strange and Mordo that he had been planning to recreate the universe in his image after attaining godhood, but after absorbing all the energy of the universe he learned the truth that “Man is the closest approximation of perfection." so more likely a win via Power Absorption
Now if you gonna play like this . ok lets start it 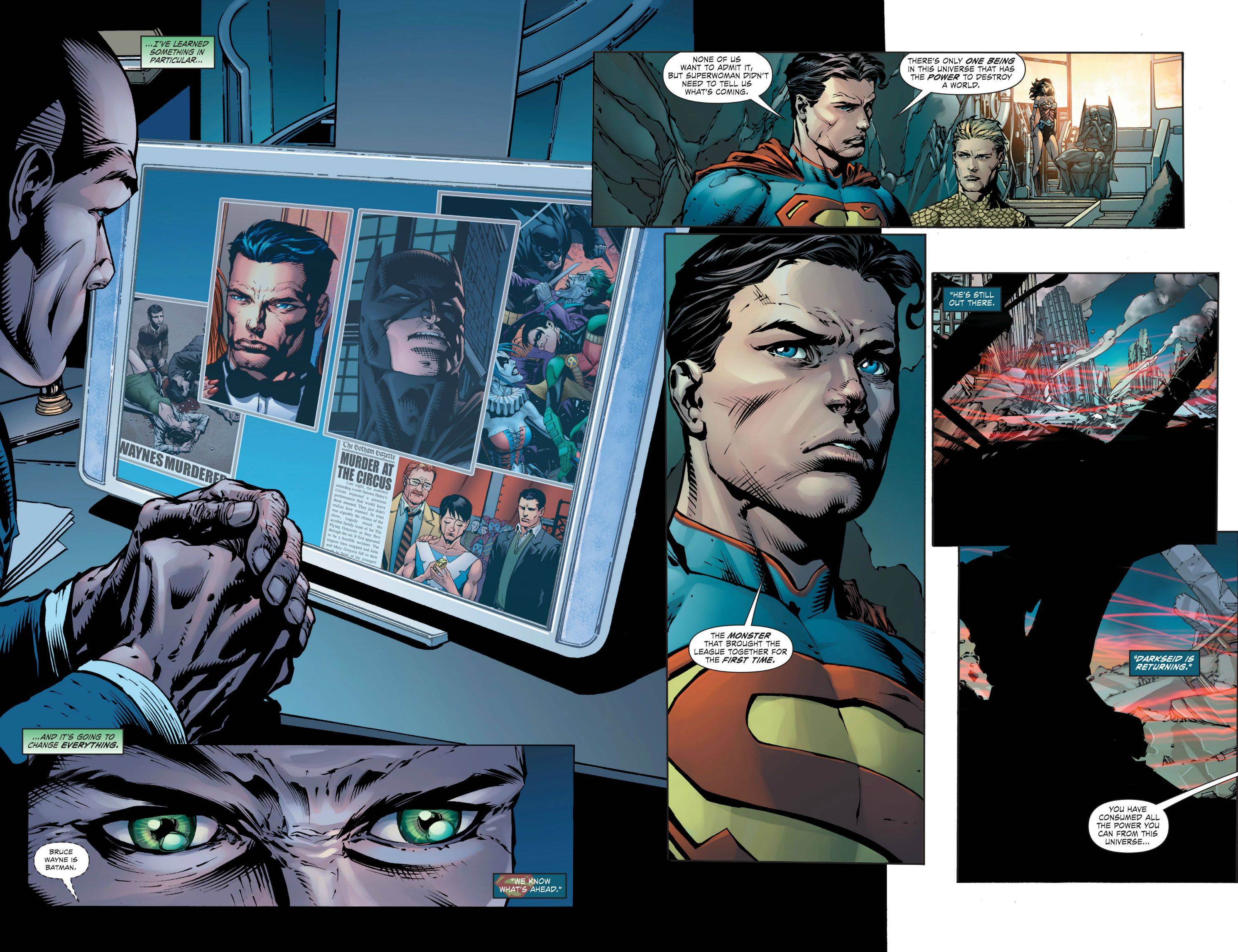 Anti Monitor consumed all power of a universe 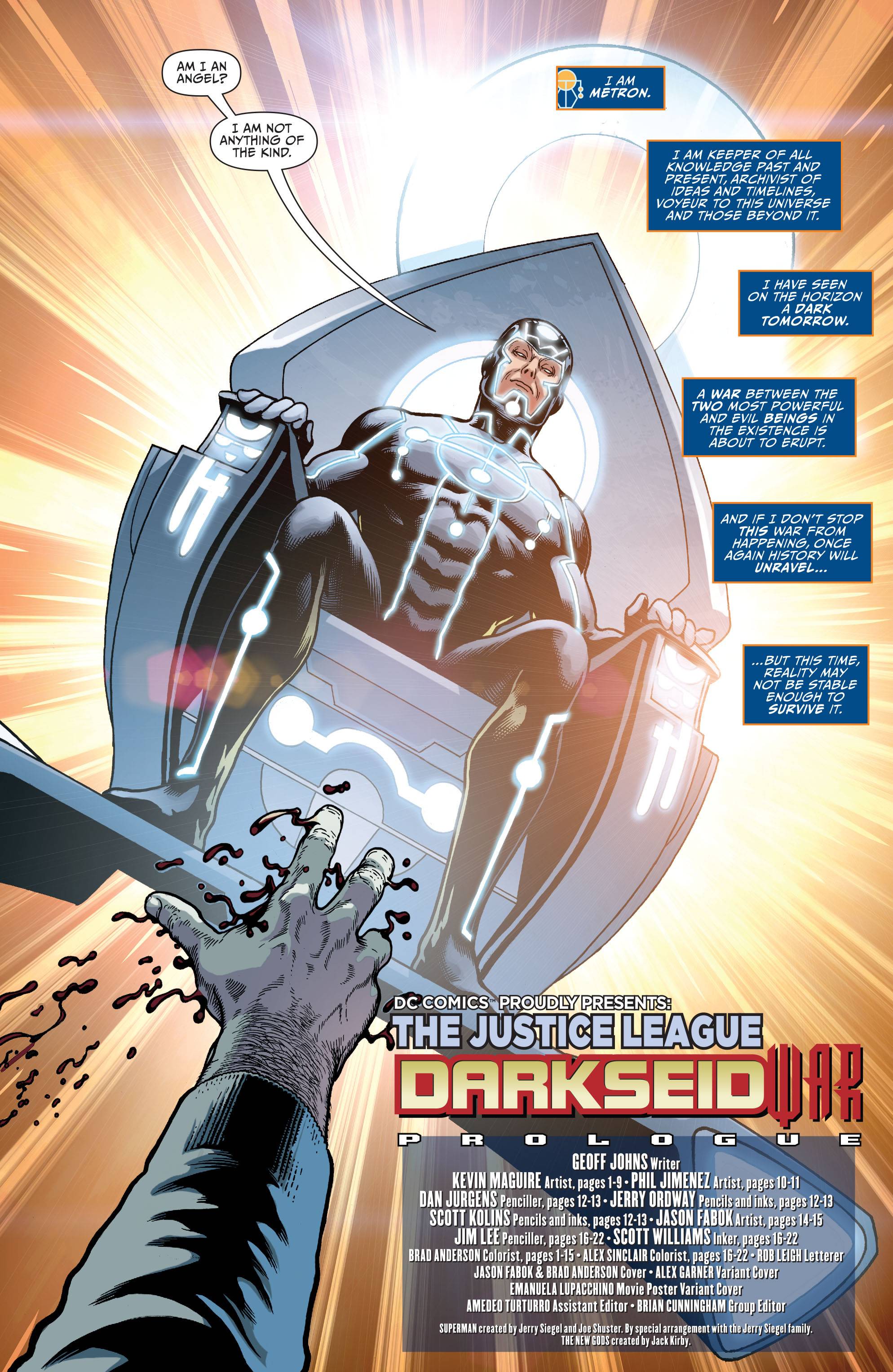 So Multiversal New52 Anti Monitor is a fact 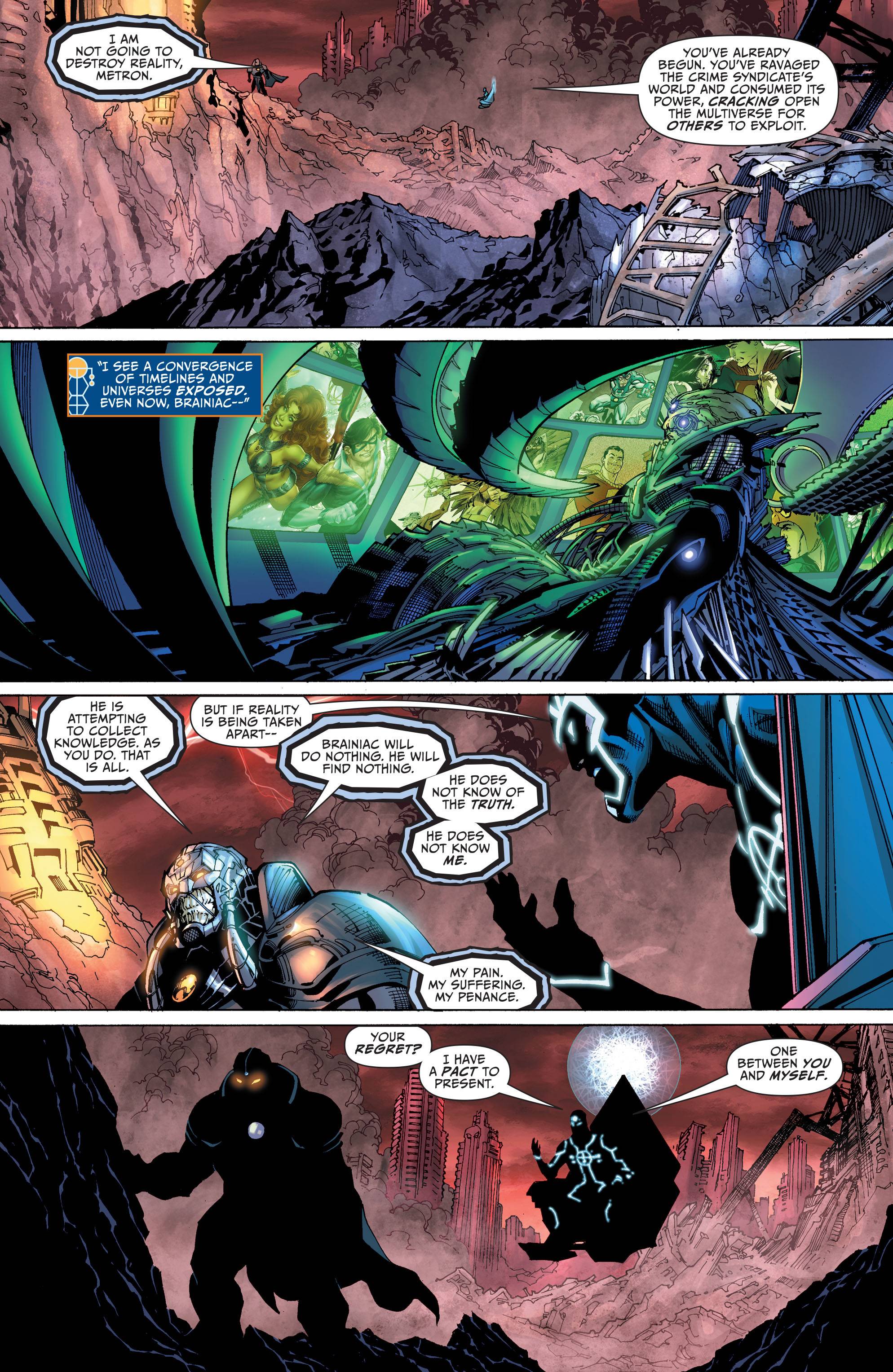 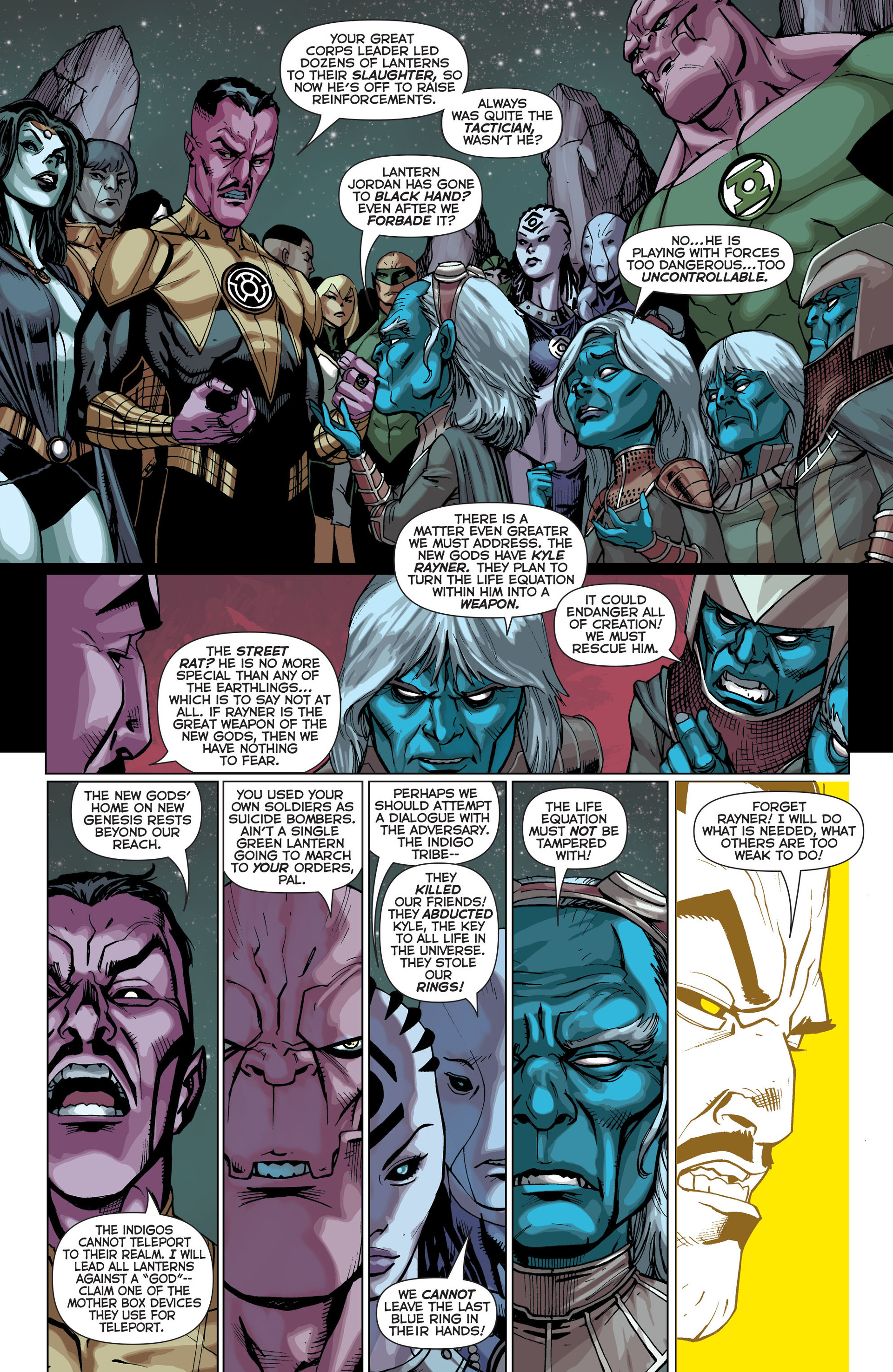 Anti Monitor has Anti life within Himself which is likely equal of life equation and Issue 8 of Green Lantern/New Gods: Godhead revealed that the Life Equation could threatens creation ( Multiverse ) 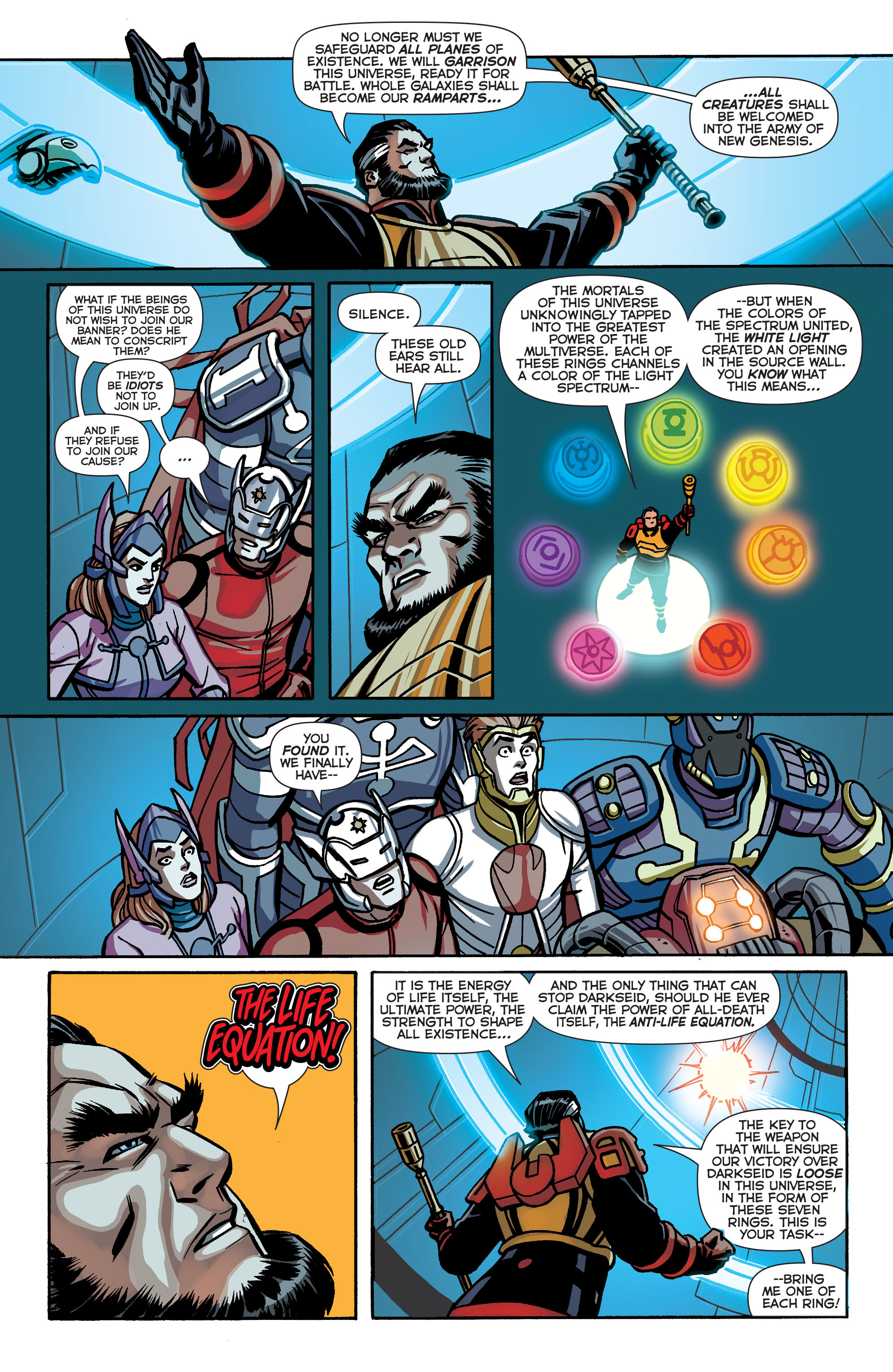 it can shape/alter all of the multiverse 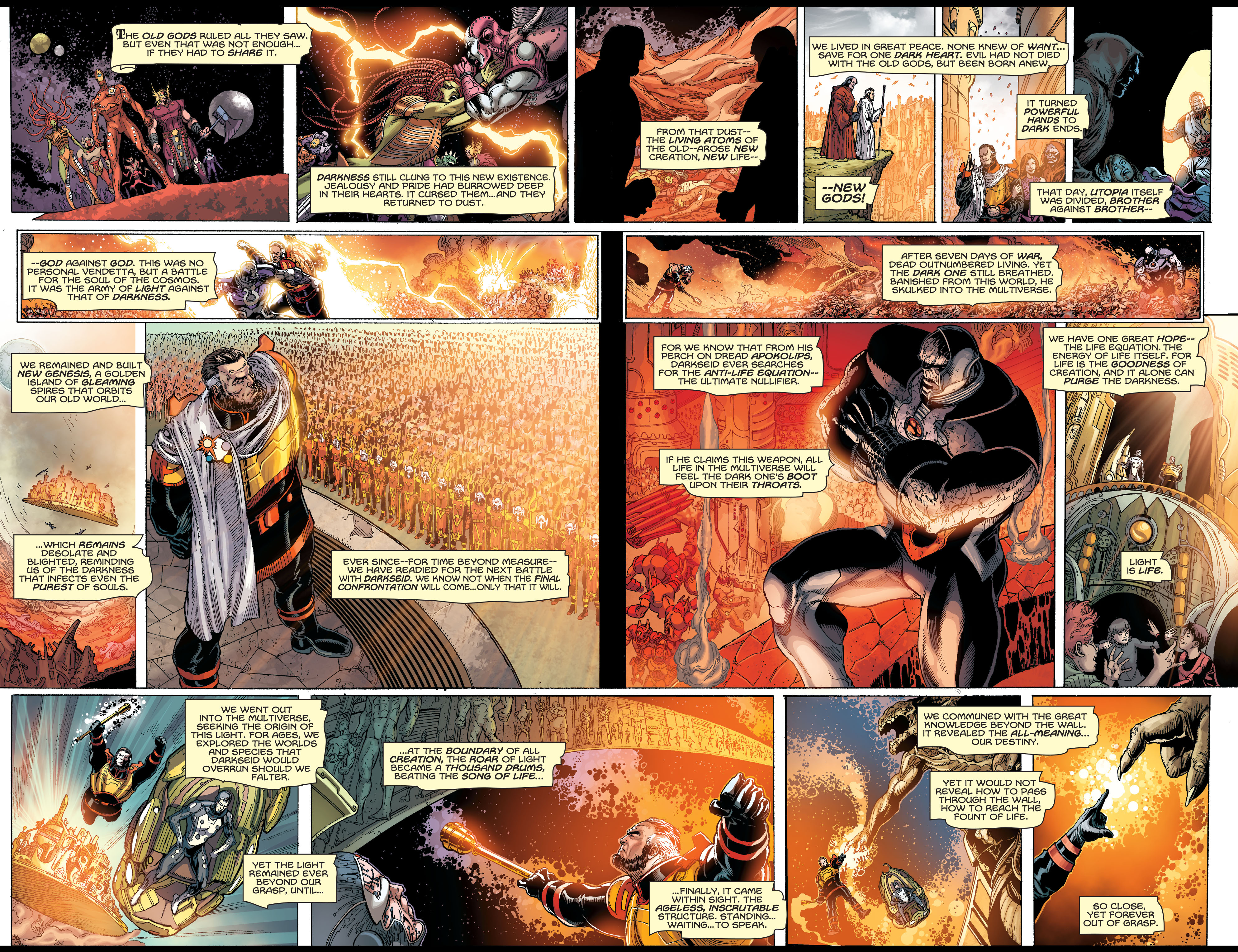 With the ALE User can control and destroy the entire multiverse 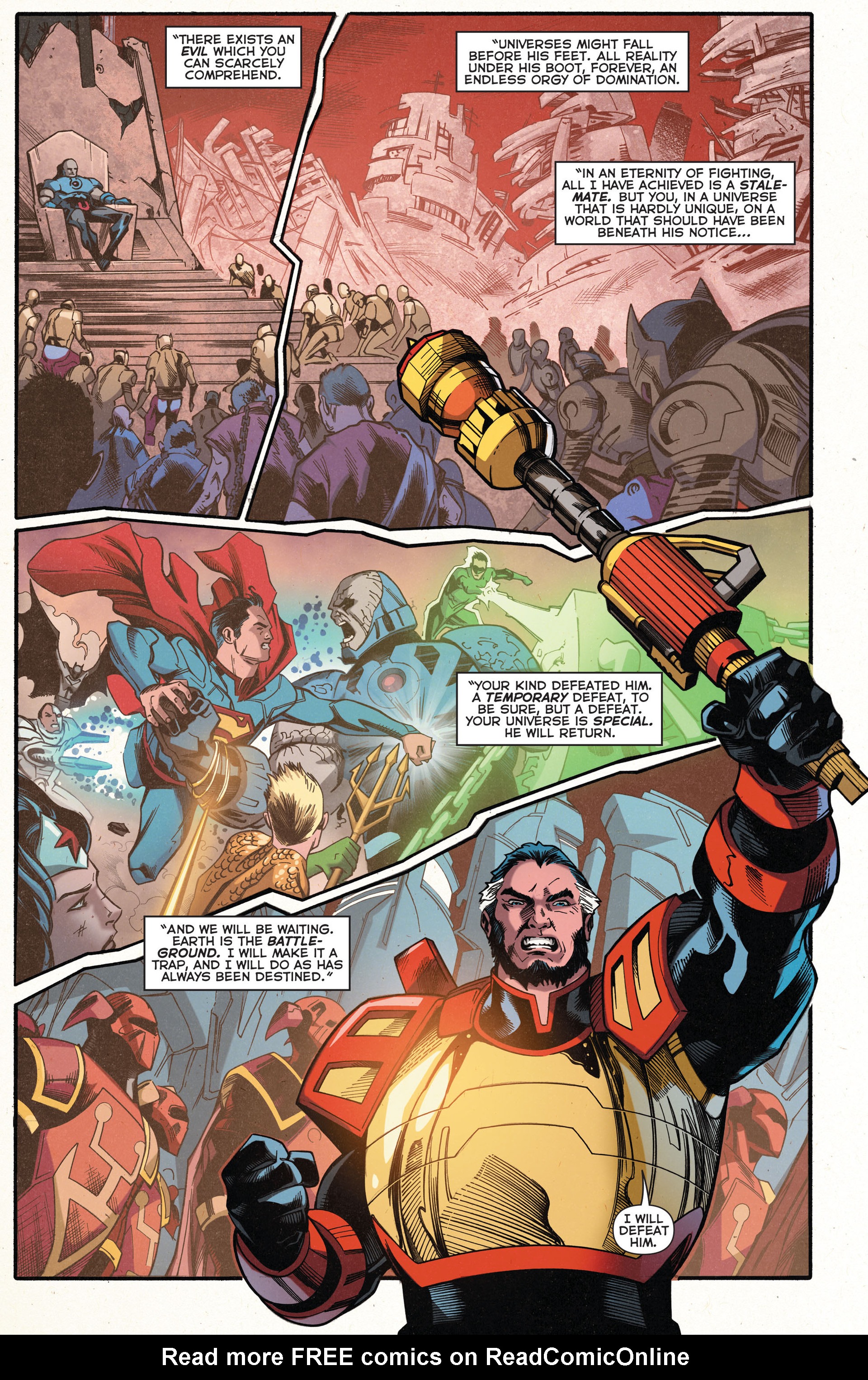 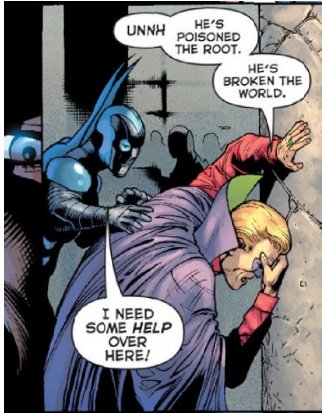 the guardians poured all of magic throughout existence into starheart, who basically released it throughout the omniverse/Multiverse 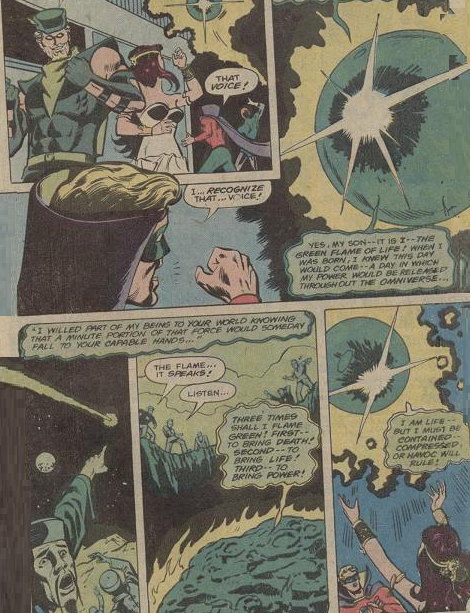 Spectre is Powerless Against Darkseid 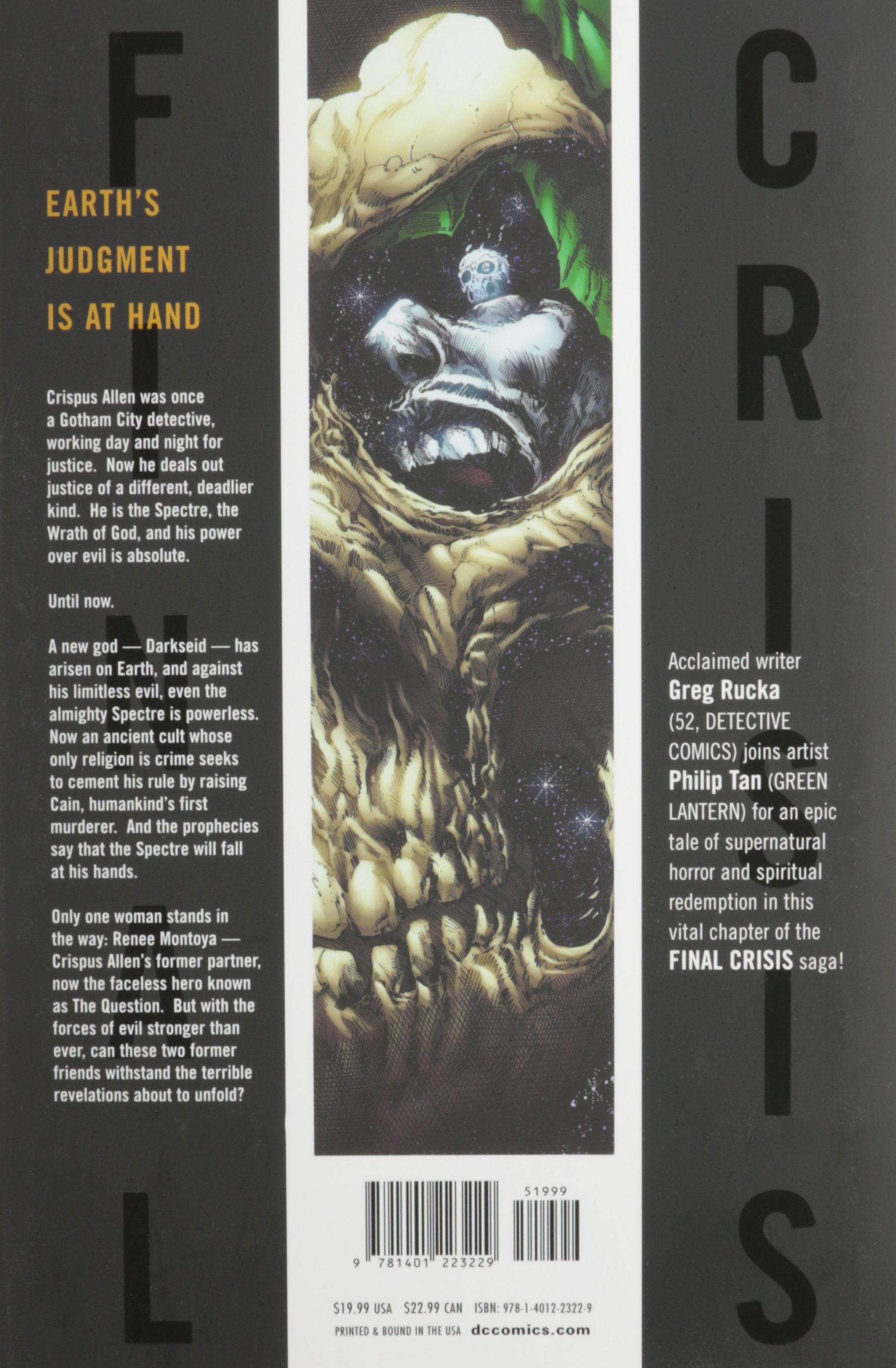 spectre Can Destroy Everything 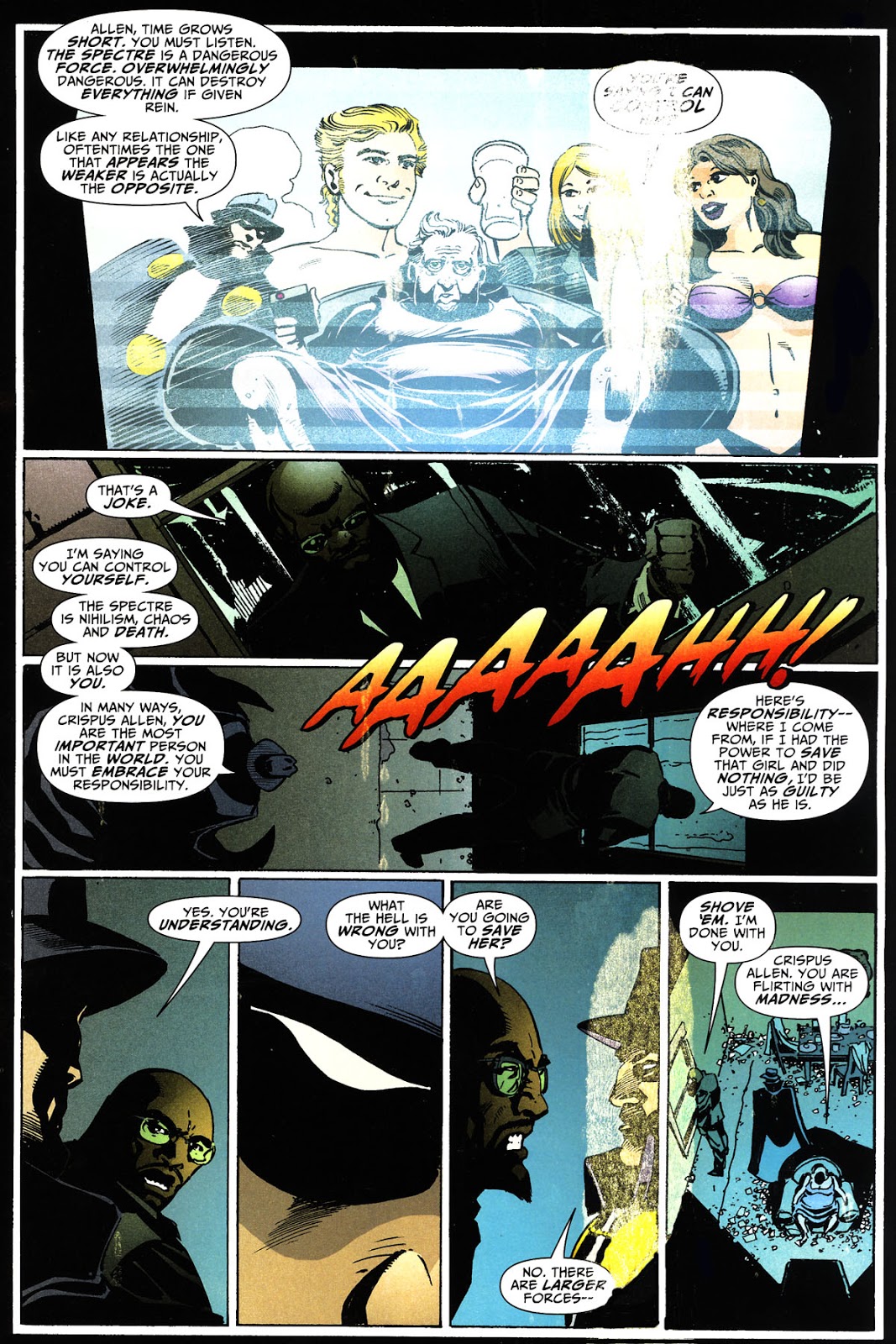 Unmakes and remakes Creation with the Anti-Life Equation, destroying all hope in the multiverse 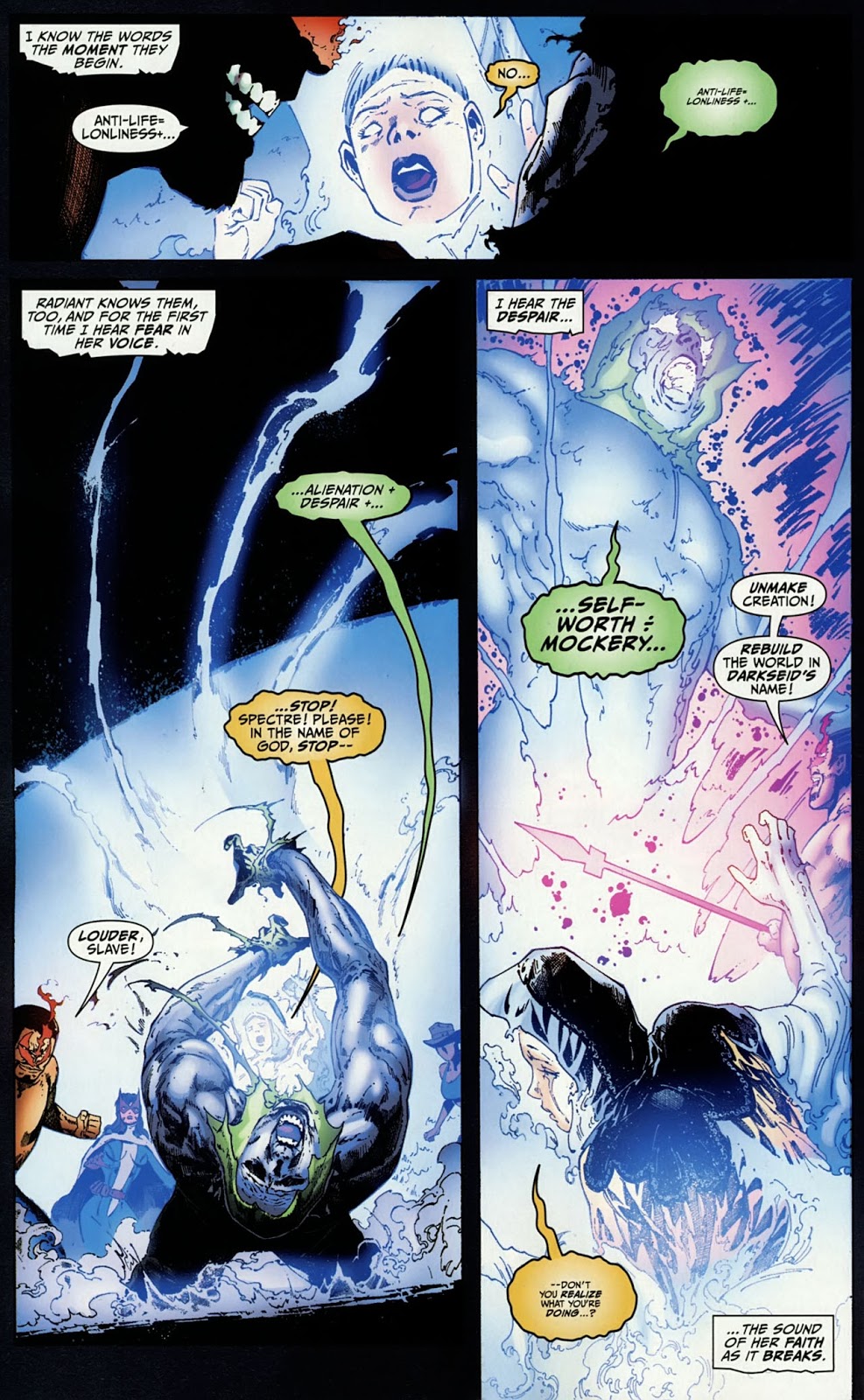 Also DO not Forget About ALE concept manipulation on Multiversal Scale 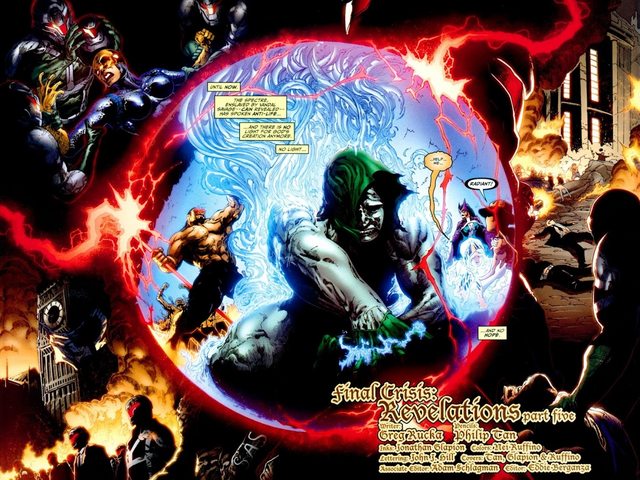 RandomName123 5 d
Vote for my battle (read description BEFORE posting) #

Please Vote.(Fallen One Vs Team Superman)

Anti-Monitor (New 52) Anti-monitor without amp and ale erased ultra-man who is said to limitless too.

Thor That's close, the only one that might actually be able to kill him though is Vision, and he's still well below Thor.

Team Flash @BatmanWithPreparation really? Did you forget that The Flash has rebooted the entire Multiverse which contains infinite universes and dimensions?

Team Flash WTF ? Its Joke ? God of Death Flash isn't a Normal Black Racer Also Hey sherlock All of new gods are at they peak in 4Th World and Higher Level of Multiverse
SMH God of Death scale to ALE/LE who Can Shape Multiverse in their image . next time try harder and with better feats for Infinity / Eternity

Eternity & Infinity The Speedforce ​​exists within the framework of a three-dimensional reality (Including Apokolips and NewGenesis in New52) while Infinity and Eternity, as abstracts close in level to the Living Tribunal, are in 16th dimensions plane (at least they are)

Eternity & Infinity I would like to debate how an lower incarnation of Death that failed to destroy Darkseid's avatar (Don’t forget that Racer can be at its peak in 4th world) could harm Infinity / Eternity. Mah, it’s ain’t even Pre-crisis Black Racer tho.
Discuss...

Except Oliver doesn't stand a chance against them

Trigon if this is True Form Odin then he wins but I think this is only Odin base.

Thanos (Infinity Gauntlet) In all honesty, I think when people say "Thanos vs. Darkseid" they thinks of MCU Thanos version any version of Darkseid. Thanos in the movies was nerfed to make him actually beatable whereas in the comics he's a lot more powerful.

Dr Manhattan (Watchmen) Odin did not realize that he had been erased from existence by Dr. Manhattan!

1. Similar Origins: Green Arrow's Origin was that He was a Billionaire who spent years on an Island and learned Archery and became The Green Arrow, The Fantastic 4 were 4 Astronauts who were exposed to Cosmic Radiation

2. Fantastic 4 test Oliver's Accuracy: Many Green Arrow Villains like Brick and Count Vertigo test Oliver's Skill with a Bow, but I Would argue that The Fantastic 4 fits that more like Thing's Durability, Invisible Woman's Invisibility, Human Torch's Flames and of Course Mister Fantastic's Elastically and Intelligence

3. Both are meant to Special Characters: Green Arrow was a Ripoff of Batman, Fantastic 4 is The 1st Marvel Family

Why The Fantastic 4 Should be Green Arrow's Archenemies

Perpetua What's with this voting? Perpetua easily created DC continuity and Eternity is just another iteration of the Universe of Multi-Eternity.

Godzilla Earth The Monsterverse team might be able to squeak out a win here and there, but we're talking about maybe 4 or 5 out of a hundred times. Earth is just too tough and strong.

Dormammu So what's your problem with Omniverse Spider-man?

Dormammu @Silva_sh Dormammu was so strong that he even defeated Shuma Gorath. 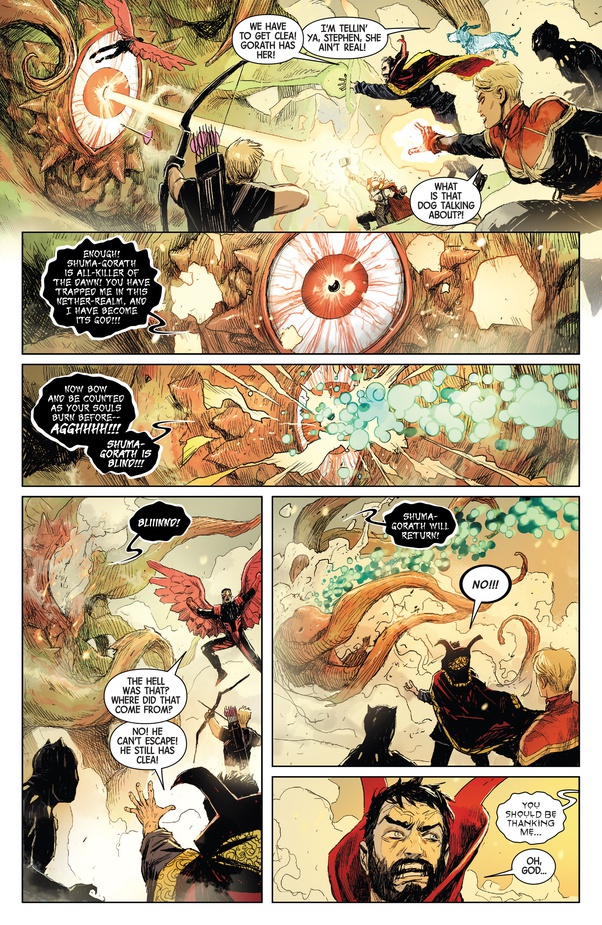 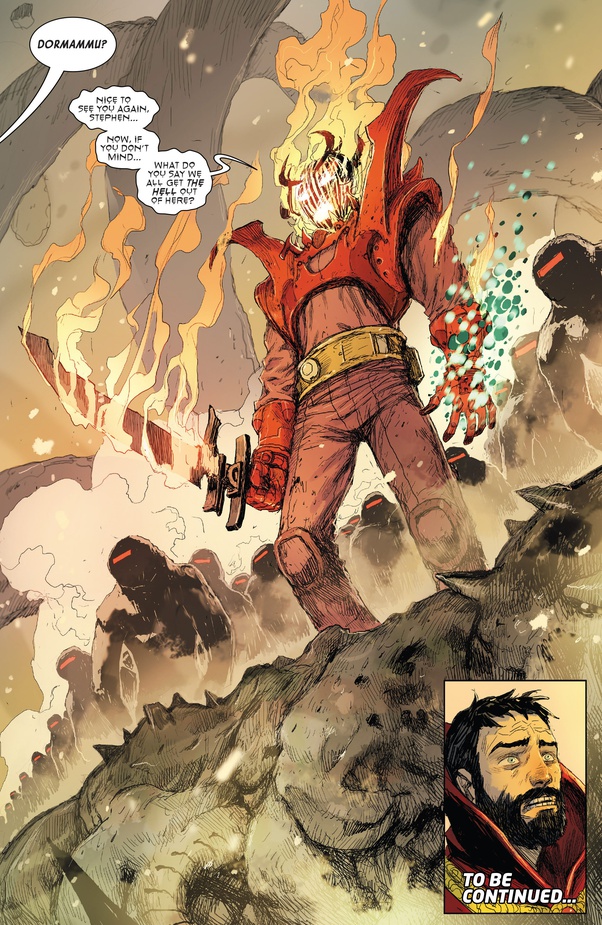 And you know how strong Shuma Gorath is? He beat Sise Neg who easily created the Multiverse. 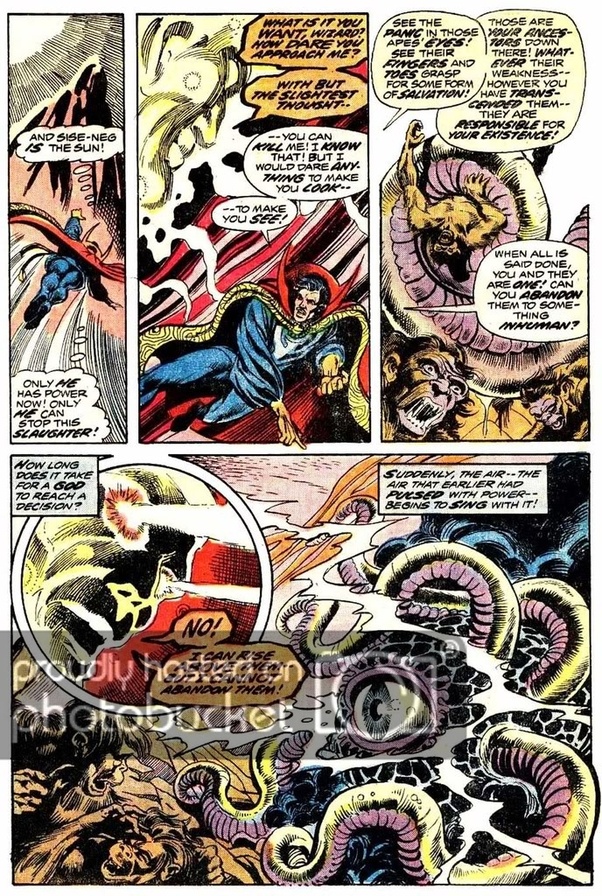 Dormammu so powerful that Mephisto states that he can easily destroy Asgard and kill all the Hell Lords. 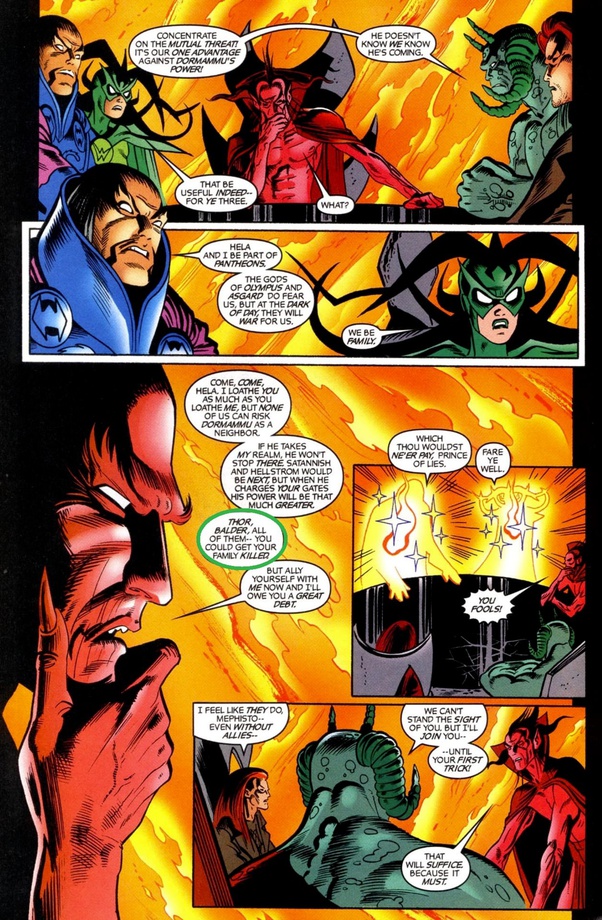 And you know that each Hell Lordshas his own dimension bigger than the universe.

Savage 5 d
Who Is The Best Side Character? #

Han Solo
He's not a sidekick, but he is a side character, and those are two different things.

No I mean Mar-Vell
Does no one else love the OG Captain Marvel?

Thor I'm very ready to debate this.
Thoughts anyone?

Thor Is there really that large a margin is speed? I would say there's more of a difference in general power than in speed. I've also changed my opinion on this multiple times.

Dormammu Dormammu has consistently been able to curse the Hulk, and the Hulk is said by Beyonder to have unlimited powers: 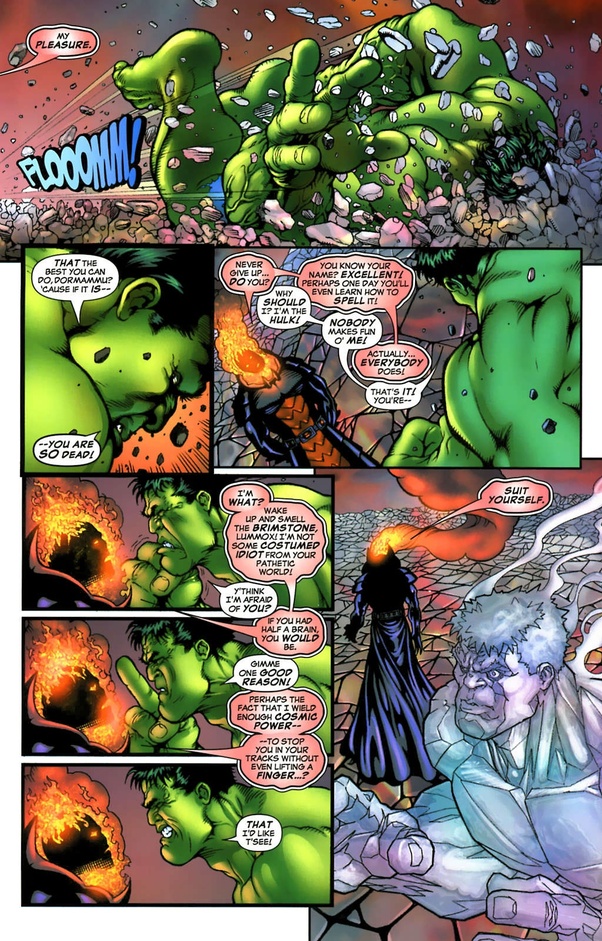