Gwenpool Well doesn't Gwen exist outside of her own universe too? Well I know she definitely has out of universe knowledge.

i could do worse

Harley Quinn (New 52) @cw6334 What I mean is Harley can write the Plot even she destroys Overvoid and recreates it.

Well Iron Man is just a normal human and made everything all by himself and even made a galactus buster. Everyone else got there stuff from their fathers or from a science experiment.

Mr_Incognito 1 mo 1 d
Do you like or hate this character? (Read description) # 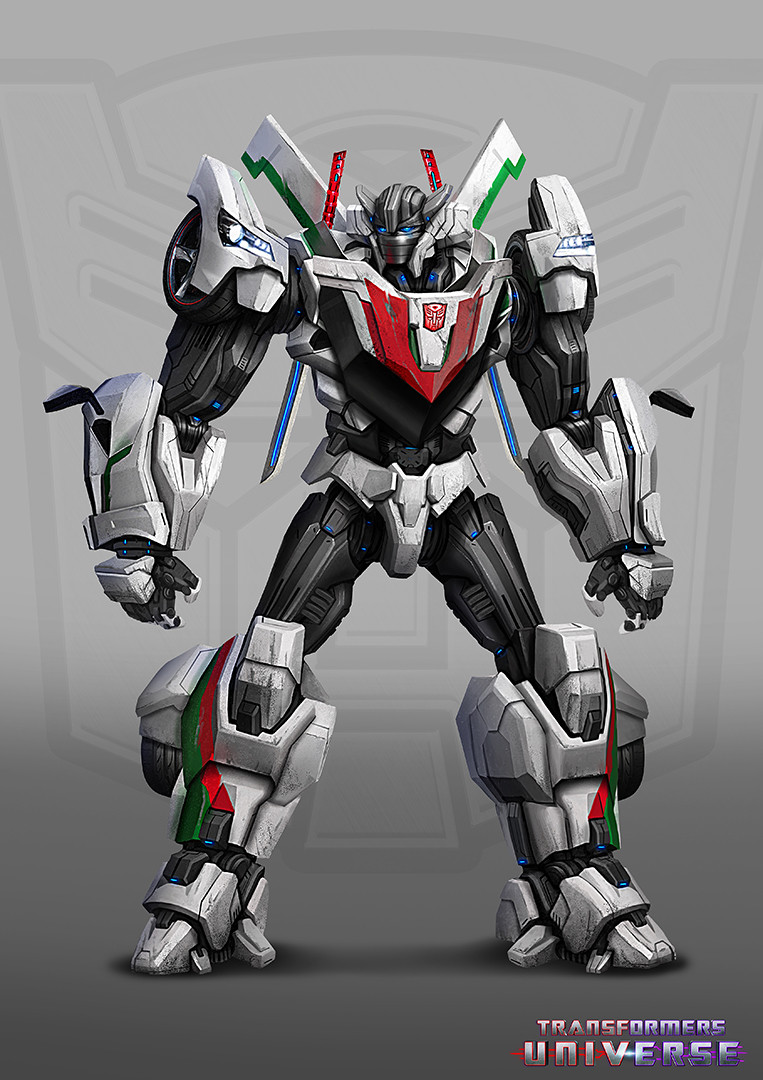 Deku (MHA) & Katsuki Bakugo (MHA) without summons, deku and katsuki got it. Maybe a fair fight with summons.

you said change your mind

Gwenpool Have no idea what the Toon-Force is, seems like something out of Yu-Gi-Oh. LOL. So no I don't think Harley can win.

Fantastic Four Not really sure if Lucia Von Bardas adds anything to this, and the Fantastic Four have very often fought against Doom to the point where I'd comfortably give them the win over him.

not voted He has a separate profile after having the serum.

Silver Surfer Nah I don't even think so then. I don't think either of them have access to anything that would be able to weaken or beat Silver Surfer. As much as I love Matt, pretty sure he can't do anything.

Silver Surfer No lol I am pretty sure he is joking.

US Agent (MCU) & Agent 13 (MCU) Is this John before super soldier serum or after? Because he solos if he does have it.

selfish douche bag who did suicide

Captain America, all of them had a great character arc but I think Steve's was the best.

donatello
i got a way with machines

Sentry That was a statement coming from Samson who said this was the angriest he has SEEN the hulk, that doesn't mean he is actually the angriest he has ever been. Add to that somebody or the other or even Hulk claims now and then this is the angriest I have been. That has no meaning tbh. He says that a lot of time when in reality he isn't even close to being angry, Hulk was also in his sound mind and cared for Thor since he saved him in the end. Hell, he was a kinda evil professor hulk (he was professor hulk issues earlier) whose strength shouldn't increase with his anger (unless its a whole different version). Hulk holds back all the time and has beaten Thor too. And yeah Hulk was angry, that is his whole point. But he wasn't anywhere near WWH who nearly got beaten by base unstable sentry without using void. Thor has struggled against base Professor Hulk who is more calm, and still the fight ended in a draw. The void defeated Hulk in a second. Thor has never cracked hulk's bones while the void did. Sentry is consistently referred to be the most powerful hero.
Do you just think Hulk hit thor in the end? He only did not feel the impact of the final blow, the rest were felt clearly.
I know transitive property, Shazam beats Superman due to the magic advantage while there isn't such advantage here. No one has a weakness which is a major power of the other guy. Thor rarely uses them, even if he used them, god blast can only stagger or hurt celestials while Sentry casually blitzed through a celestial. When one says why thor isn't using his full power, the same way one can argue why sentry didn't use molecular manipulation against thor. Comics usually show heroes using full power but not destroy the surroundings, sentry used his full power against Hulk and did not even destroy a city, so is sentry city block level?
Sentry also holds back, and Thor usually holds back but looks like you didn't read the comic because they were fighting on Asgard and not on earth and Thor was fighting to protect his home and literally said he will use his full power so he was definitely not holding back. In fact, one can argue Sentry was holding back like he usually does.
Thor was the only guy powerful there to have a chance of stopping void. Even the writers have said that sentry allowing thor to kill him was why he was defeated. Thor has no reason to hold back when his home is getting destroyed. And why are you taking this as WM Thor vs Void in the first place. Its just base sentry vs base thor and Void and WM Thor have their separate profiles here.

Yes the trolley deaths aren't your fault. However with the cure to diseases, its not your responsibility to cure all those people. Nothings been lost and the world is unaffected as a result. But abandoning your friend will be your fault because his life was in your hands.
That's like saying all the people who died on earth is Superman's fault because he didn't save them.

Team Elongated Man Jessica survived death, she played solo with GL at the start of her debut, also Ben will have a hard time fighting immortal zombies.

Team Wolverine Speed of light is faster than thought.

Team Wolverine @Galactus me or him

Team Wolverine It's the other way around...

Arrow (Arrowverse) & Catwoman (Nolanverse) Selina was much faster, she survived dozens of high-speed bullets that came to her at the same time, there was also Arrow that was much more skilled than a Us Agent and Sharon barely did much damage.

Sentry The Void came out AFTER he'd destroyed Asgard. Your just trying to say Void came earlier to make Sentry look bad when that's completely wrong. If his speech bubbles become dark that doesn't always mean he's fully the Void, it just means Sentry's losing control. When Robert begs Thor to kill him, his speech appeared dark but Void clearly wouldn't say that. It was Robert.
I'm more inclined to believe Thor himself than you. Thor can concentrate his attacks without damaging innocents. And if you genuinely believe Sentry isn't more than planetary level then just stop the debate because you clearly don't know him at all.
Sentry was ordered to kill Ares. Lol you thought that was collateral damage? Did you even read Siege?
I didn't say they were friends???
And yes even the Void was being held back by Robert. When he wasn't he took over the universe.
Literally the only person who calls everyone who disagrees with them fanboys and have to resort to ad holmium are biased fans themselves. At least that explains why you voted Thor.
I haven't actually seen a single point explain from you why Thor would win so...
Because its Uatu the Watcher telling the reader what would have happened had Sentry killed Ares earlier instead of on the battlefield. This is why Thor never had a chance because Sentry was beating everyone and had already killed 2 gods when he fought Thor.
Your just desperately trying to discredit the What If now because it dismantles Thor ever winning. Even its Uatu would could have happened in the CANON fight. 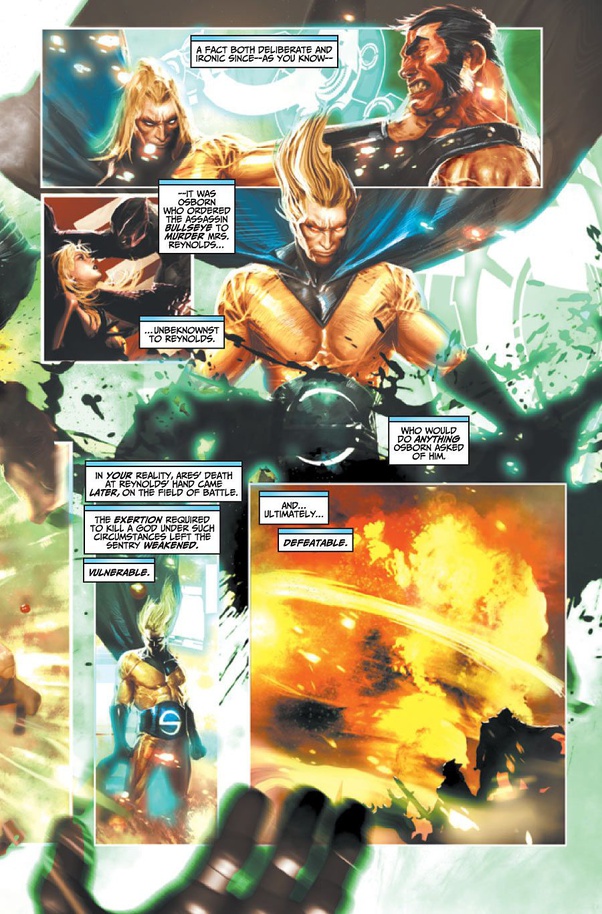 I'm sorry what were you lying? And notice how he says Sentry not Void.

Team Wolverine our thought are transmitted through electricity so light speed