Blueman (Creepypasta) The writer of all of the creepypasta stories, who has complete control over the entire metaverse.

if he is 1k so should logan

How do I make an OC?

ThorMathews 21 d
What is the strongest version of Thor? #

Injustice 2 wins with the story mode and the graphics. I do like Marvel Contest of Champions though.

Neutral What can blueman do?

RAHIMINDAHOODS 21 d
Who is your favorite user in the site #

I assigned the base profile. Let's see how you do!

They can be and iirc, that wasn't made by the author. It might be from the Marvel Book which has lots of good info but a good chunk is also somewhat outdated.

Gorr The God Butcher Lol even gorr have way better feats that Knull.

The Writer is inaccurate?

When stuff is blatantly contradictory in the actual source material, yeah, it's inaccurate. 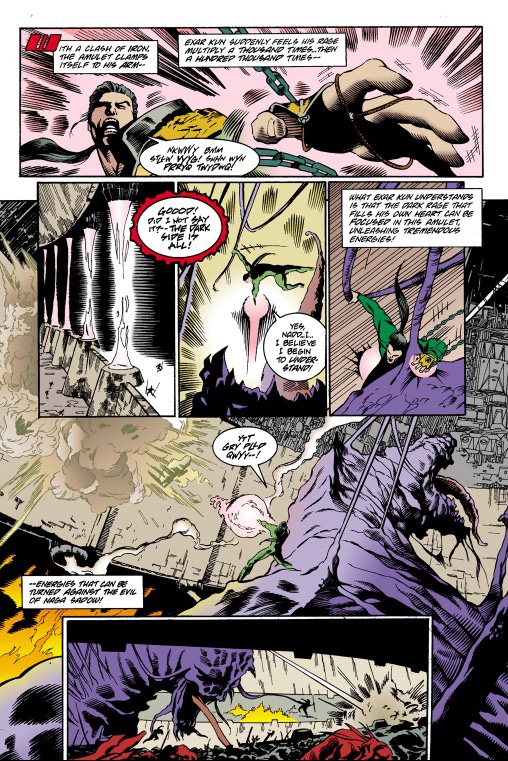 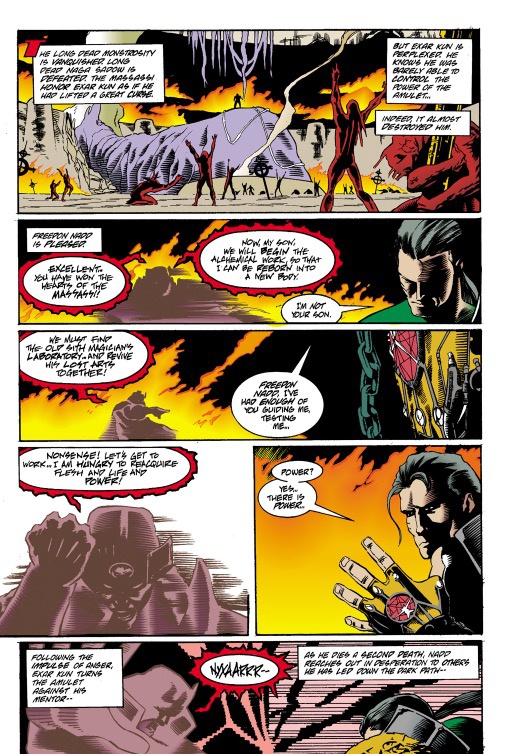 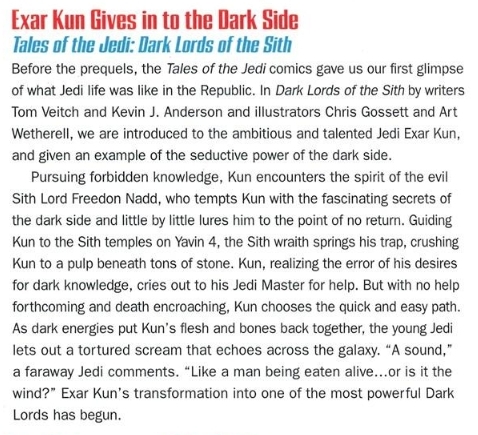 Exar Kun replaced Freedon Nadd's spirit as a great power in the Force.
"I sense one great power has fallen and another has risen in its place."

Credit: Tales of the Jedi - Dark Lords of the Sith Audio Drama CD#2

This means that Exar Kun was capable of empowering Ommin and his ancestors to such a degree that they could each dominate a planet's population with his power:
''King Ommin rose to power in the same manner as his ancestors of the last three centuries: by dominating the populace of Onderon with the dark side.''

Credit: Tales of the Jedi Companion

At some point during the war, the presence of Exar Kun and his Sith Brotherhood corrupt Thule so strongly, the very crust of the planet is infused with dark side energy:
''During the height of the Great Sith War, Thule served as a base of operations for the Sith Warriors, and much of the planet's crust became imbued with the residue of the dark side of the Force.''

Exar Kun leads another attack on Ossus where he engages Ood Bnar, who is empowered by the planet's entire Force energy:
''Ood resists Kun's attempts to steal the lightsabers by undergoing a final metamorphosis, plunging roots into the ground and driving Kun back with a blast of power drawn from the depths of Ossus.''

Credit: Tales of the Jedi: The Sith War 6: Dark Lord

Exar Kun is ultimately unphased by the attack, despite Ood Bnar being powerful enough to endure ten supernovas:

''The explosion of ten suns sears the face of Ossus, like a galactic funeral pyre.''


Exar Kun, when was a Jedi, defeated his Master Vodo-Siosk Baas, in an all-out battle:

The Dark Reaper was so powerful that he could force drain entire worlds and Mace Windu and Yoda deemed it the end of the Republic: 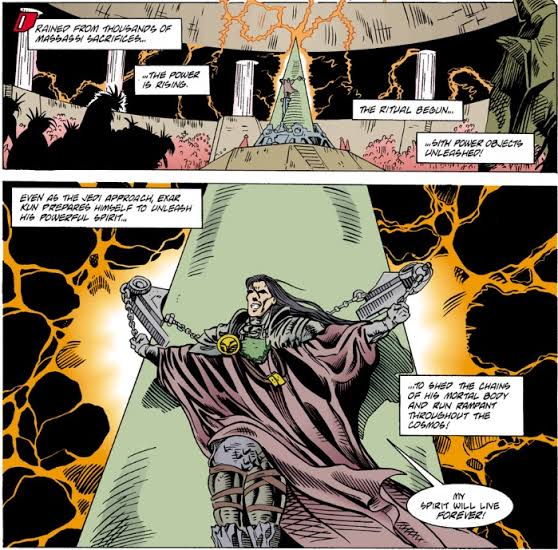 Exar Kun after the ritual released his spirit, could retain his full power and traverse the cosmos without an anchor: 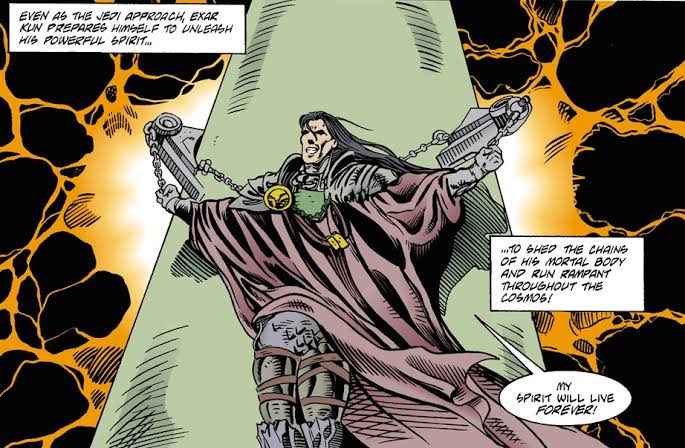 The combined power of the Jedi Order in a single attack was incapable of completely defeating Exar Kun's spirit:
''The Republic drove Kun back to Yavin 4, where the Dark Lord enacted a ritual, sacrificing his armies to keep his spirit alive. Though unable to defeat him entirely, the Jedi were able to imprison Exar Kun's spirit in the temples on Yavin 4. From what we know, it remains there to this day.''

Exar Kun's powers, however, were extinguished by the Wall of Light:

Exar Kun burned a moon with the size of a planet: 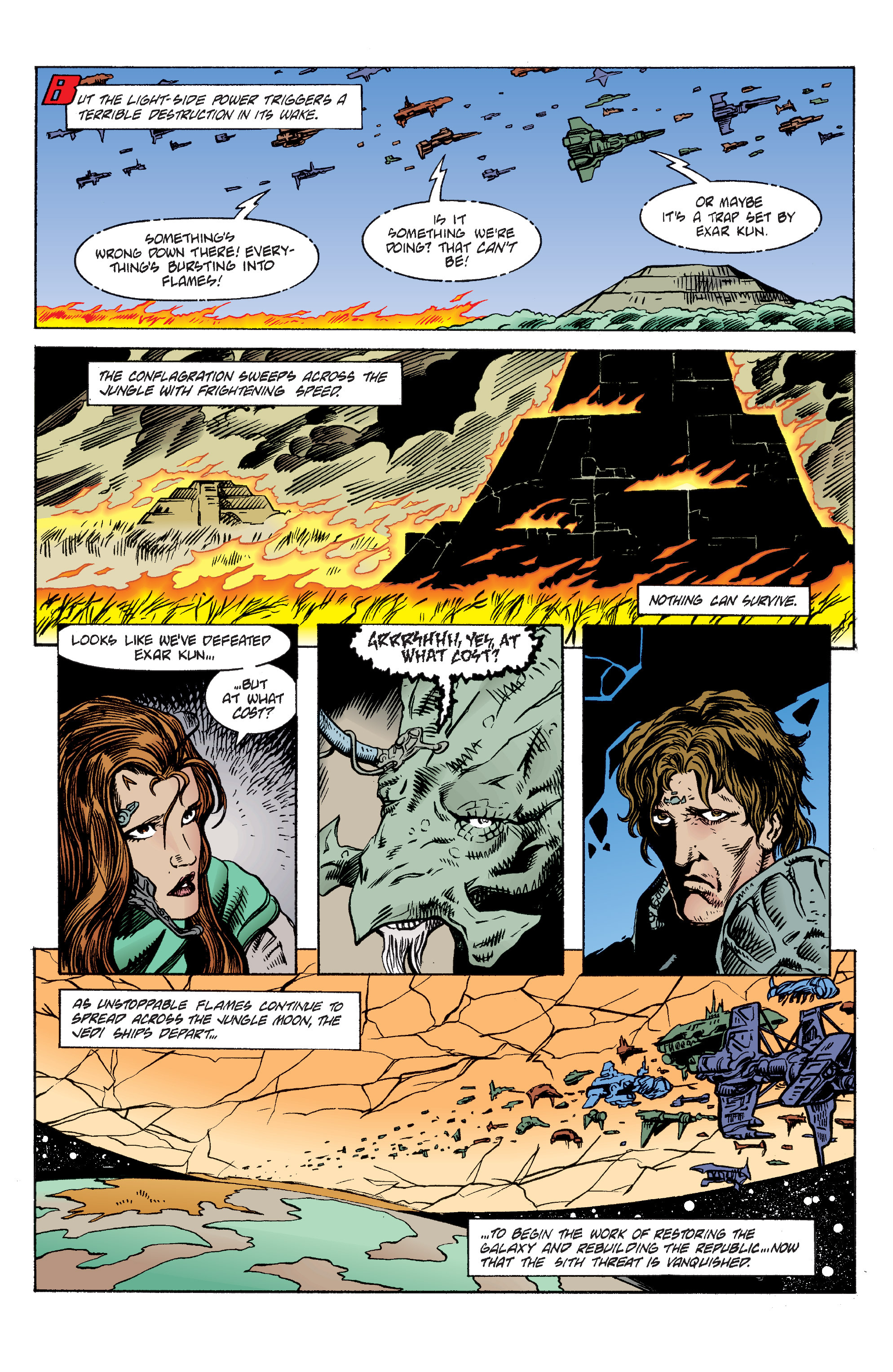 not voted baldi is a very scary boi

SuperSomebody 21 d
What is the strongest version of Thor? #

no no ur right about fat thor

SuperSomebody 21 d
What is the strongest version of Thor? #

it was made by the writer himself how inaccurate?

Prove what? That you're wanking Death and Black Cat? Oblivion too. Literally everyone above the House of Ideas that isn't TOAA is being wanked.

Oblivion is shown to be beyond Death.

The Shaper saw beyond Oblivion into the Far Shore. 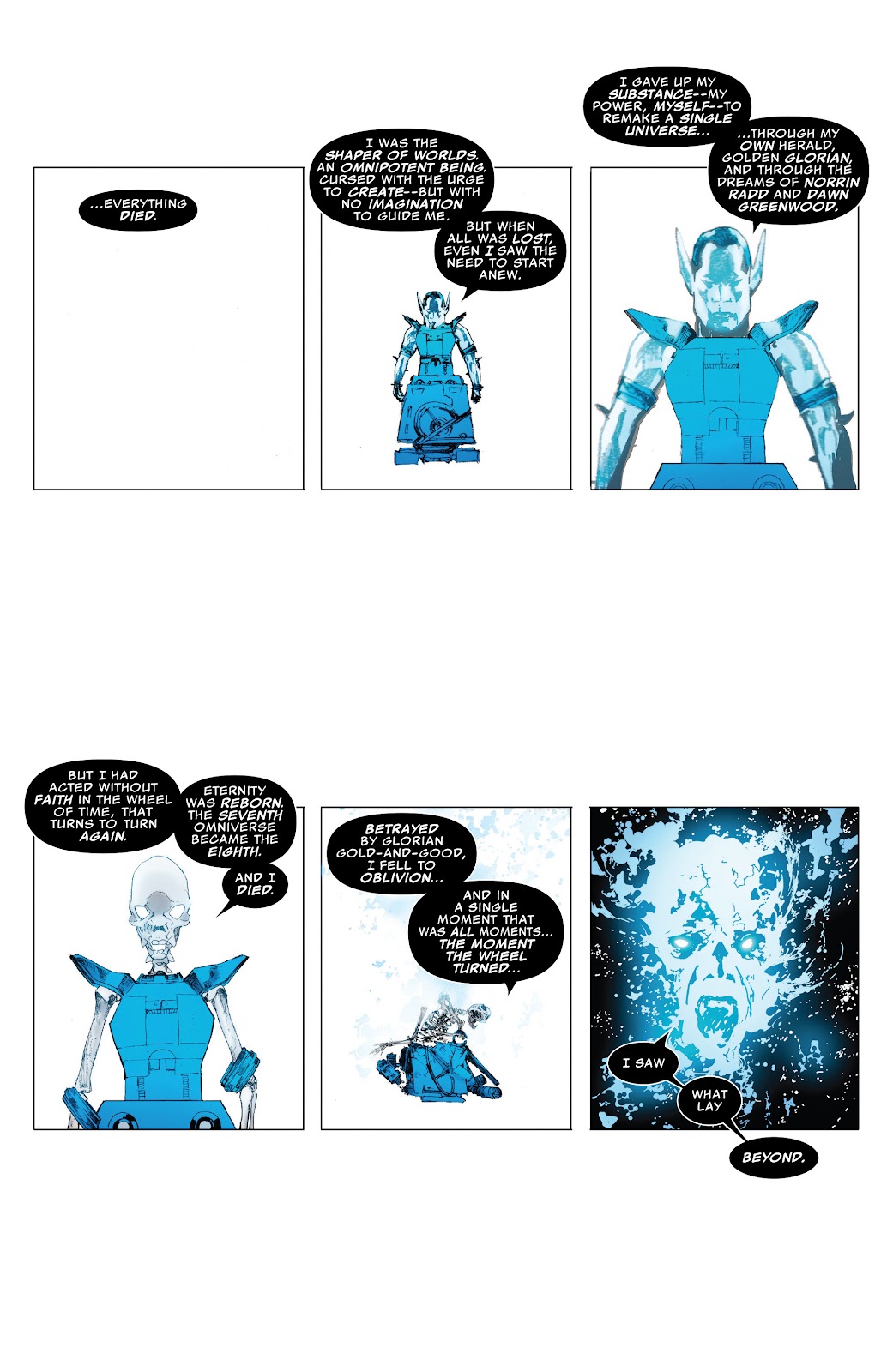 Beyond the Far Shore is where everything begins, within the true Mystery. This is where the White Heart Room, the heart of the Phoenix Force exists. Only TOAA can defeat her

Marvel: Avengers Endgame and black Panther
DC: The Dark Knight and The Joker