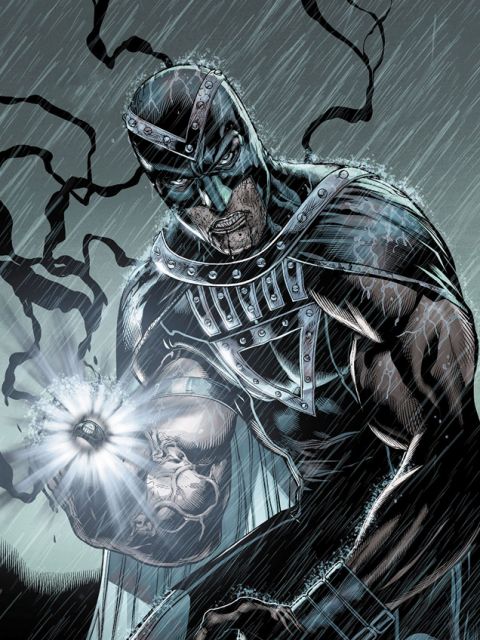 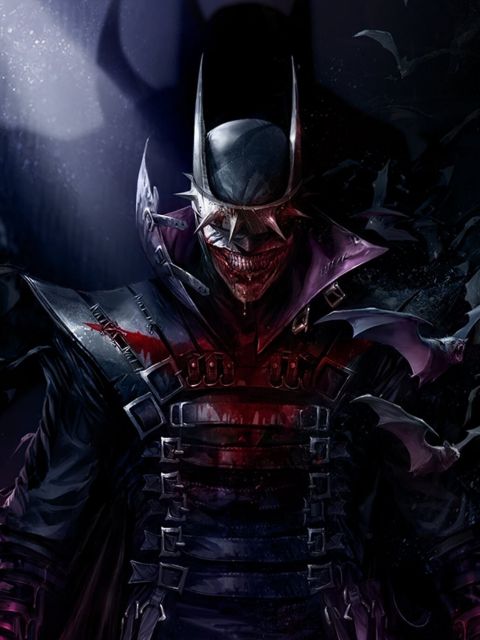 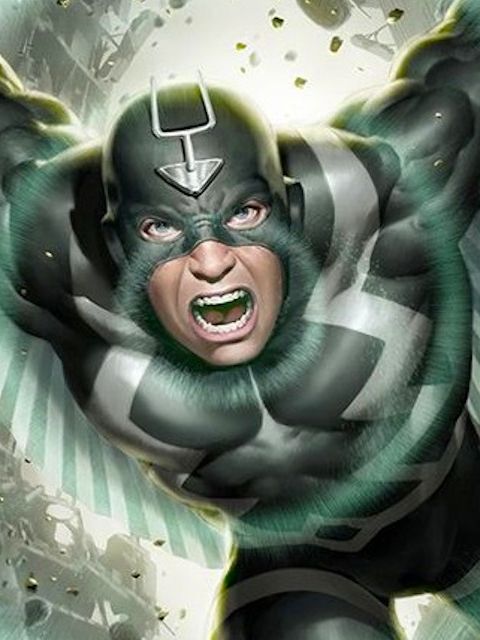 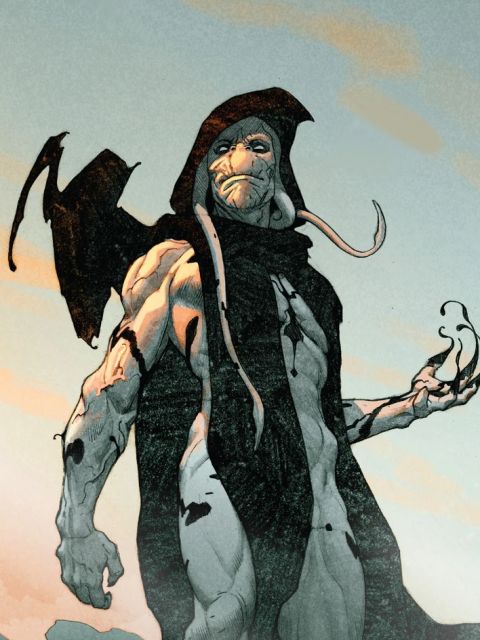 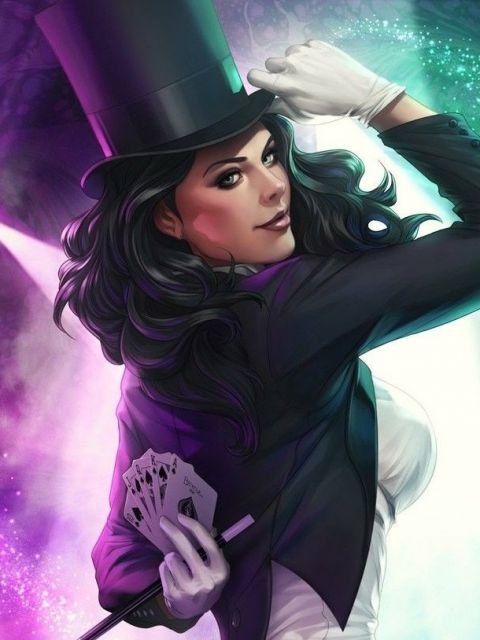 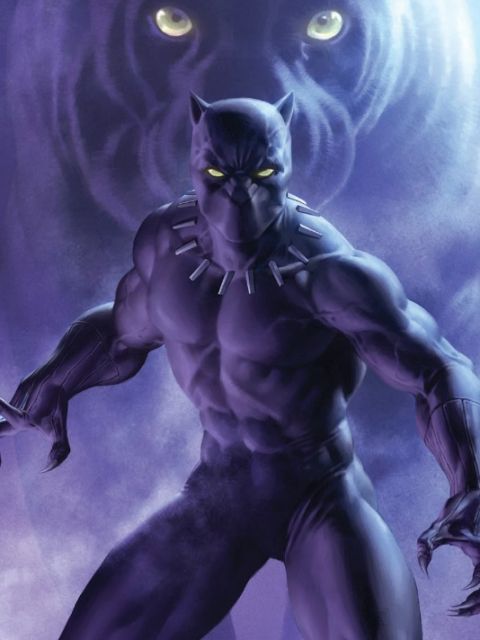 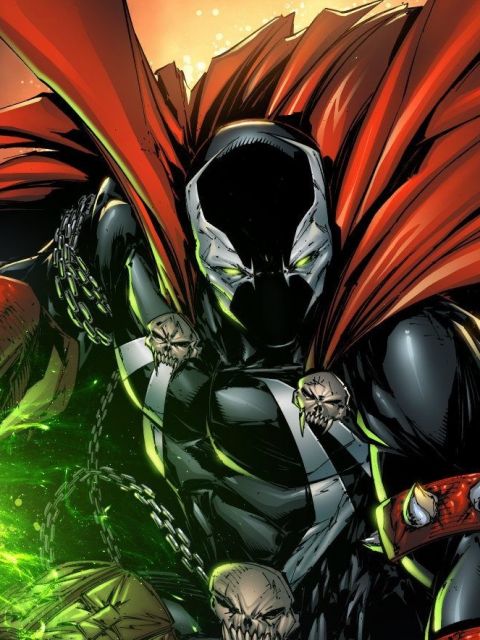 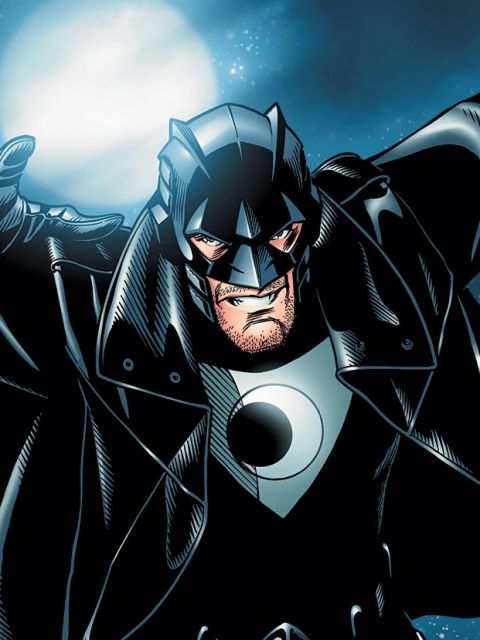 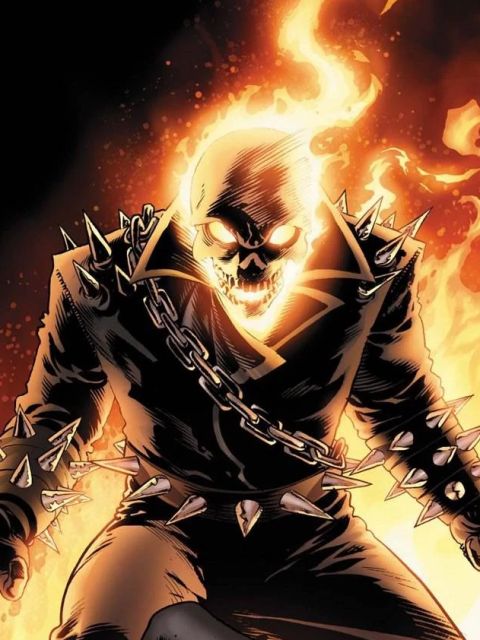 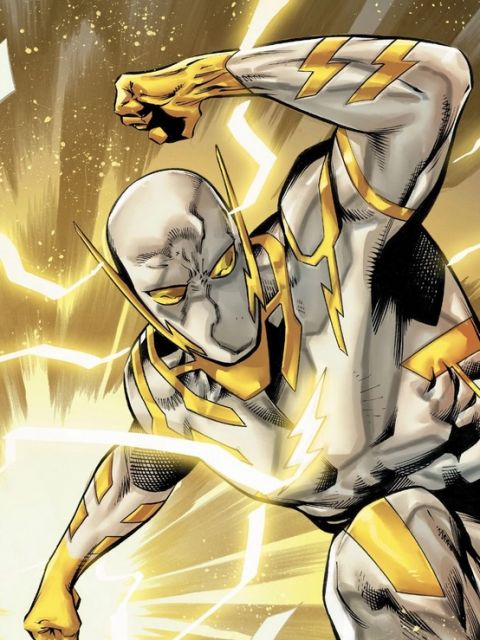 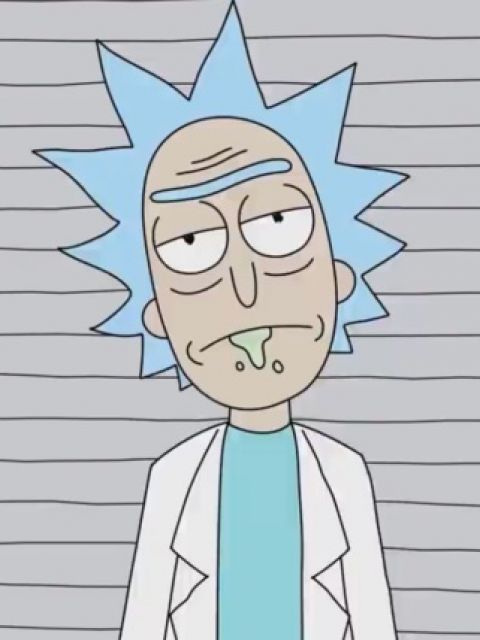 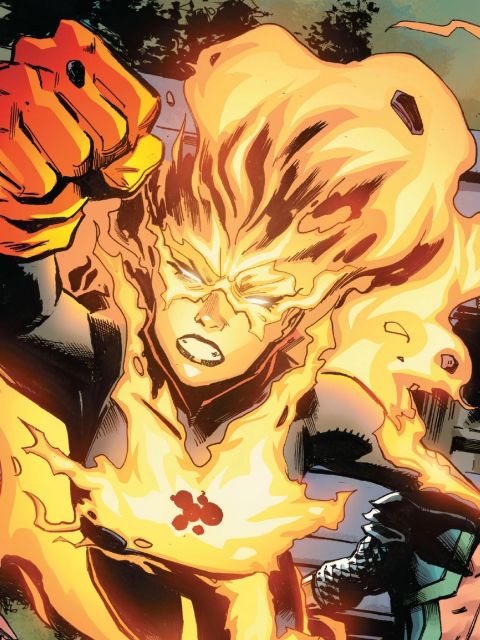 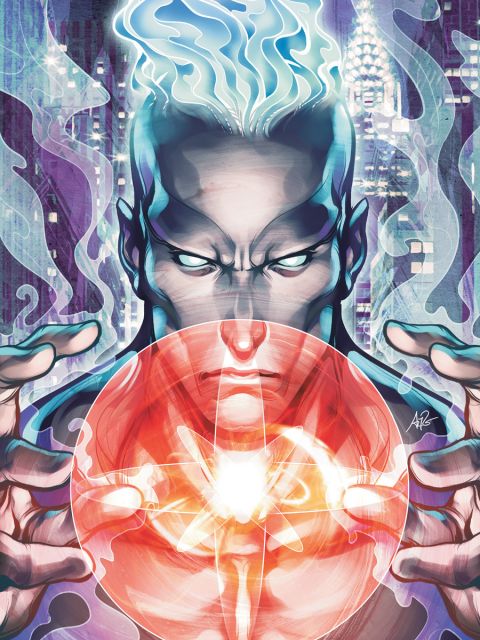 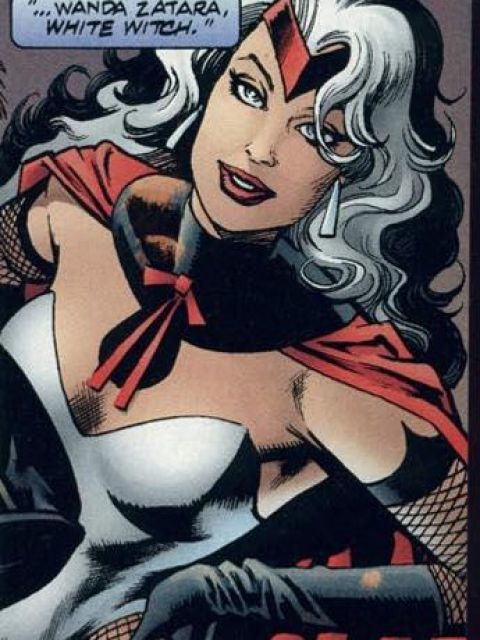 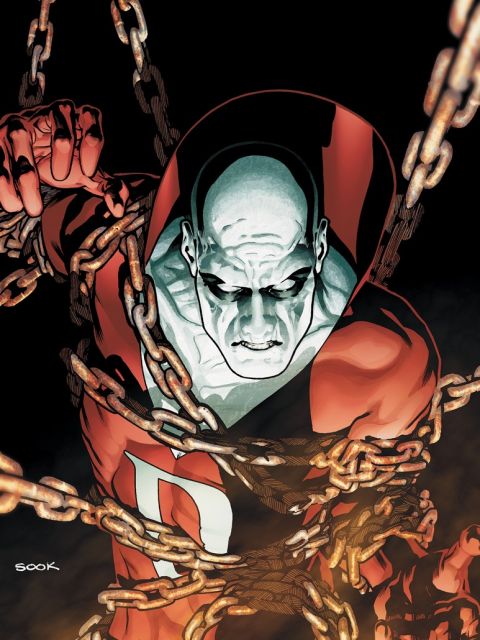 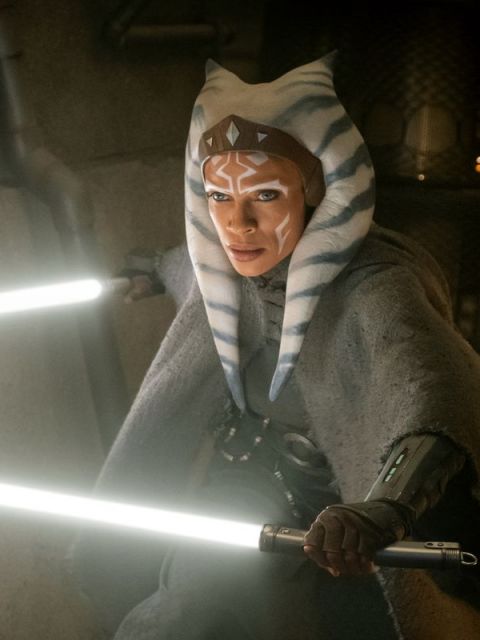 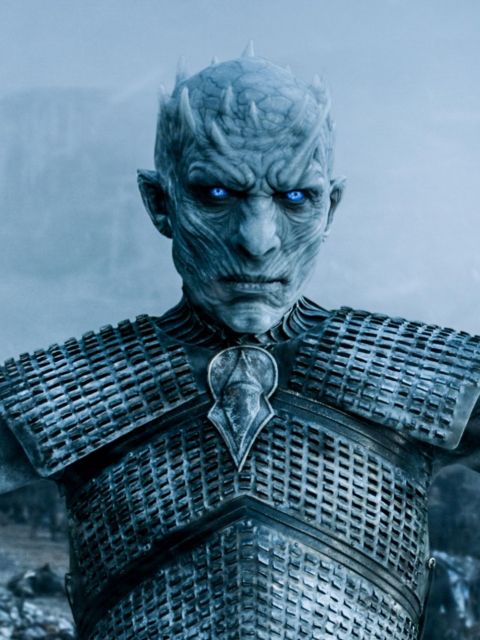 Team Godspeed Sorry that is nonsense

Team Godspeed No way. Anyone on team two except gor Ahsoka Tango, Night King and Rick Sanchez beats him.

Team Godspeed I hate to call it when it's only 1 vote deciding the fight... But the White team moves on.
@Wolfdragon goes to the semifinals.

Team Godspeed Last call for votes on this one

Team Black Hand Black Bolt* vs Godspeed
I do not know if this involves Godspeed's first appearance which is his fastest. If I remember correctly he is slower than Shazam on the top 10 fastest beings in DC. Speed however isn't everything especially if you don't know how to use it. Black Hand is the leader of the Black Lantern Corps and herald of Nekron. Easily being amongst the most power lantern wielders in DC. Black Hand simply could touch Godspeed and kill him iirc. Black Lanterns have (don't quote me) kept up with The Flash.

Team Black Hand The Batman Who Laughs vs Rick Sanchez*
I honestly don't know anything about Rick and Morty. But from feats I heard of Rick he will beat Bruce. With prep time this would be completely different

Team Black Hand Black Bolt* vs Binary
Black Bolt IIRC made Thanos bleed and has harmed Thor and Hulk with his screams. Black Bolt has shattered city's with a whisper. Binary although might have the speed advantage couldn't beat BB with his durability,

Team Black Hand Gorr* vs Atom
Now this would be a amazing fight. While Atom has slapped around Superman and IIRC The JLA and has kept up with the Flash, Gorr is on a different level completely. Able to defeat two Thor's IIRC and his sword All Black took control over Galactus. Gorr sadly wins this

Team Black Hand Black Panther vs Deadman*
BP can't even see Boston. And more than likely can't even harm him. Brand can possess him and make him kill himself

Team Black Hand Spawn* vs Ashota
Spawn easily nosells this battle. Ashota was the apprentice of Anakin. Spawn is the king of Hell!

Team Black Hand Mid Nighter vs Night King*
I don't watch GoT but I know this guy is OP. Literally a stomp if what I've been told is true

Team Black Hand Ghost Rider* vs Endosym
GR is a demon. He's fought Dic Strange and (Idk if it was WWH or WBH) Hulk. He has looked into the eyes of Galactus if I remember correctly and harmed him. NIFF saud

Team Black Hand Gorr* vs Deadman
Gorr has dealt with Gods such as Odin and Galactus. Deadmab is nothing

Team Godspeed That was possibly the most in-depth synopsis yet. Lol. I love it. I can see it playing out this way.

Team Godspeed I wish there was a realistic computer program that could generate even just a short video of these fights, using stats, votes, etc. To decide the winner. I think that's the next step for SHDB 3.0 lol. @Galactus

Team Godspeed Shout out to @AkhilPDX and (again) @Wolfdragon123 for having the closest contested match of this round. Another 2 teams neck and neck.

Team Godspeed I'm gonna give this one some more time for votes, since it's only a difference of .5 right now. I usually like to have at least a 2 vote difference to decide the winner.
show 1 reply

Team Godspeed @ManofPower. I'm curious to pick your brain on this one

Team Godspeed IMPORTANT NOTES-
- Deadman could just instantly take control of Black Bolt, Black Panther, or Midnighter from the very beginning.
- Anyone or anything that isn't immune to matter manipulation could be instantly destroyed by Captain Atom.
- Anyone that dies in this fight could be resurrected and forced to fight for Night King.
***
Black Hand vs Godspeed* (Godspeed is way too fast for Black Hand to do anything to him, and he could easily kill him by vibrating him fast enough to rip him apart, delivering incalculably powerful strikes, vibrate into his body and grab his heart, etc.)
-
Batman vs Rick Sanchez* (this is basically just batman with a different costume and gear, so there's way too many ways someone on Rick's level could kill him, but for example he could freeze Batman, open a portal through his body and cut him in half, send Batman to the Blender Dimension, drop lava/acid on him, just shoot him with his Lazer gun, send him into space or to the sun, or Rick can make someone INSTANTLY die if they touch him)
-
Black Bolt vs Binary* (she'd probably be able to absorb the energy from his sound attack thing, or maybe it wouldn't even affect her in her Binary form, but regardless, she is easily more than fast enough to react to an attack that moves at the speed of sound since she is capable of going light speed, so she would just get out of the way and completely destroy him with nonstop energy blasts)
-
Gorr vs Captain Atom* (depends if Gorr's sword is capable of tearing Atom's suit and if Gorr or his sword can resist Atom's matter manipulation. If the matter manipulation works on Gorr or the sword, its game over for him. If his sword can cut through Atom's suit, he will explode and kill Gorr in the process, only to come back afterwards depending on what version of Captain Atom were talking about. If neither of these work, there's not much else Gorr can do to Atom, so either Atom will destroy him with energy blasts or it's a standstill)
-
Zatanna vs White Witch* (all you need to know it that White Witch is just a more powerful version of Zatanna)
-
Black Panther vs Endosym Iron Man* (no explanation needed)
-
Spawn* vs Deadman (I don't really know much about Spawn but I guess he'd win, but idk)
-
Midnighter vs Ahsoka* (Midnighter would get chopped to pieces)
-
Ghost Rider* vs Night King (it definitely wouldn't be easy for GH since NK is immune to fire)
>>>
Spawn and Ghost Rider vs Everyone* (no expansion needed)
Last edited: 1 y 7 mo 9 d ago.
show 5 replies

Team Godspeed Agreed except for Black Bolt vs Binary.

Team Godspeed @Wolfdragon I like how you take important factors into account such as the mind control, etc.
I think the red v red match might have been different if more people would have taken red hulks rage fueling Atrocitus.... Etc.
Rock on.

Team Black Hand The Batman Who Laughs is currently the smartest threat in DC.
By currently I mean as of the current DC run, he seems even more of an intellectual threat than Lex Luthor and Brianiac's teaming up. He is also swiftier than Batman who is usually acts faster than an average human eye to be able to follow. Not to mention he also have the ability to teleport to different dimensions, mind reading, and weapons that can harm Wonder Woman. Things like Freeze gun is something Batman usually have anyway, so it's nothing new to him.

Team Godspeed @AkhilPDX Where are Endosym Armor Iron Man and Ahsoka from my team?
What could Black Hand possibly do to Godspeed?
How does Batman beat Rick before Rick instantly kills him?
Last edited: 1 y 7 mo 9 d ago.

Team Godspeed @Soratoumiga, because I thought it was the other way around. I thought Zatanna was more powerful.

Team Godspeed Guess I was wrong. Either way, I see white team winning.

Team Godspeed I'm sorry but I f*cked up. White Team also has Iron Man with the Endosym armor.

Team Godspeed Round2 Match3
Black vs White
@AkhilPDX vs @Wolfdragon123

Who wins and goes to the semifinals???