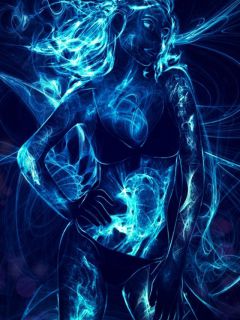 Supreme Commander was born as a cosmic entity. The rest is unknown, but what is known is that she can see things around the universe, and can even see into the multiverse and beyond. Supreme Commander usually hides some knowledge from herself, but in truth, she can know everything that happens. She can figure out how to make complex machines by looking at the parts and find out one's weakness no matter how hard they hide it. She has multi-universal power. Supreme Commander might seem unbeatable, but she has been defeated by beings like Gorgon, Zeron, Enduino, Cronx, and Diablo. Her all-sight can be overpowered by powerful magic and although she is powerful, physical strength and versatility can help against her, but the Supreme Commander's all-sight makes her extremely hard to defeat, however, Gorgon used his intelligence along with his power to overpower her.