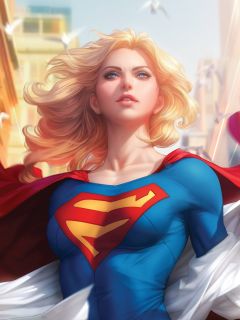 A Kryptonian's cellular structure is more dense, resilient and biologically more effective than human tissue. Kryptonians do not seem to possess superhuman strength levels despite their enhanced cellular ability without constant exposure to yellow solar energy. Without such charging, their strength is equitible to that of an average Earth human who engages in regular physical activity. As aliens, they possess several organs whose functions are not yet disclosed or understood but are believed to be part of and perhaps even the source of his biomatrix force field and reclamation aura. A Kryptonian's body also stores energy actively within their bio-cellular matrix as an energy pattern that is linked to their body's electromagnetic field. This energy powers most of a Kryptonian's electromagnetic capabilities such as flight and heat vision. It also supplements their physical strength.

Under optimal conditions, this is the main source of a Kryptonian's super powers and are contingent upon exposure to solar radiation from a yellow sun star system.

A Kryptonian's body is nigh-invulnerable to extreme energy forces. In addition, their immune systems protects them from toxins and diseases. The most common explanations for their invulnerability is that they have a super-dense molecular structure and/or a supercharged bioelectric "aura" which acts as an invisible "force field" around their bodies within a few millimeters from their skin, and presumably within their bodies as well. The proximity of this field to their skin means that loose clothes, for example, may be burned off of of them, while cloth that is close to their body is protected by the "aura;" This phenomenon is sometimes cited as a Kryptonian's reason for wearing a skin-tight bodysuit. It is this understanding which allows them to be able to carry and move objects that would collapse under their own mass, overcoming gravity or inertia tearing them apart around their human-sized hands.

A Kryptonian has the ability to maintain continuous strenuous physical action for an undetermined period of time. Theoretically, Kryptonians have unlimited stamina as their enhanced nourishment is produced from the solar energy their cells process; however their base physical structures do need to process food stuffs as well as have the psychological need to eat and drink just as Earth humans do, despite the fact that their superhuman powers receives the majority of that power from a yellow sun. A Kryptonian does require sleep on occasion so they can dream. They can also hold their breath for an undetermined period of time.

A Kryptonian is able to manipulate graviton particles, in an unknown and apparently unconscious manner, to defy the forces of gravity. Under one Earth gravity, a Kryptonian is capable of speeds of multi Mach speeds in Earth's atmosphere. Their control of their flight is very precise and they can perform aerobatic feats such as hovering, flying backwards and even lifting great weights while flying.

A Kryptonian is capable of enhanced reflex action and the ability to move at incredible speeds by sheer force of will. A Kryptonian can match most other speedsters in their ability to perform super-fast movements, reactions, and processes. They can use this power to disarm opponents without heightened reflexes, catch bullets or shrapnel or cross vast distances in seconds.

Super-Breath is the ability to create hurricane force winds by blowing, and to chill their breath in order to freeze a target (this latter ability has also been called "freeze breath" and "arctic breath"). A Kryptonian can also breathe in large amounts of air, an ability used when dealing with and disposing things like clouds of poison gas.

Super-Hearing is the ability to hear any sound at any volume or pitch. With practice, a Kryptonian can develop enough control to block out ambient sounds to focus on a specific source/frequency. As such, they can identify a person by their heartbeat, or pick out a single voice in an entire city.

The ability to fire beams of intense heat at a target by looking at it with the conscious act of activating this power. Visually, the power is typically depicted as two beams of red light firing from the eyes. These beams can be made invisible, allowing a Kryptonian to work undetected. The maximum temperature of their heat vision is said to be around that of a nuclear detonation. The area of effect can be consciously determined by the Kryptonian in question, down to the microscopic level.

A Kryptonian also possess a superior sensory arrangement of microscopic, telescopic, infrared and ultraviolet visual capabilities. They are able to see the entire electromagnetic spectrum. Part of this mechanism is physical, part of it is believed to be psionic in nature. Abilities include:

Can see well into most of the EM Spectrum. He can see and identify radio/television and any and all broadcast/transmitted frequencies, allowing him to avoid detection through radar or satellite monitoring methods. A Kryptonian can see the aura that every living thing generates.

Telescopic Vision is the ability to see something at a great distance, without violating the laws of physics. The total telescopic ability is unprecedented, but limited to some extent. In function, it is similar to the zoom lens on a camera.

The ability to see through any volume of matter except lead. A Kryptonian can see things behind a wall as if the wall were not there, or can "peel back" layer after layer of matter in their mind. A Kryptonian is able to focus their vision past layers of matter, literally seeing "through" them -- possibly perceiving x-rays, cosmic rays or other forms of energy invisible to normal human vision which pass through Earth's atmosphere (and solid objects) after emission from stars. Since it is passive, this ability would not generate harmful radiation in the same manner as a focused projection of hard X-rays.

The ability to see extremely small objects and images down to the atomic level (normal optical microscopes can only see objects down to the size of chromosomes).

She has been trained by Batman in advanced martial arts and trained with the Amazons ,on Themyscira, in combat and sword fighting. She has trained with Wonder Woman and Artemis extensively and knows Klukor(Kryptonian Martial Arts), one of the few people on Earth who do. While under Darkseid's mind control she was made a Female Fury and presumably trained with them.

Supergirl speaks a multitude of languages fluently. She learned all of Earth's languages in less then a month. She also speaks interlac. She is also fluent in Kryptonese.Plus, through precise muscle control, she can mimic other peoples voices.

Supergirl has shown incredible intelligence and computational abilities; her mind works sharply and with extreme speed relative to earth-humans. Her analytical powers are impressive � she is able to use her senses to read information directly from machines (and, with careful usage of her heat vision, she can even reprogram machines). Kryptonians, though otherwise completely human, were superior both intellectually and physically to natives of Earth. Supergirl who lived on Argo City for some time learned much about science and technology. Supergirl excels in engineering and has been shown at a young age to be able to reprogram advanced Kryptonian technology, like a robot, with little effort. She is even a member of the Kryptonian Science Council the ruling body of Krypton.

Kara is also artistic and was once approached by the head of the Art Council who wanted to mentor Kara just like he did with her father.