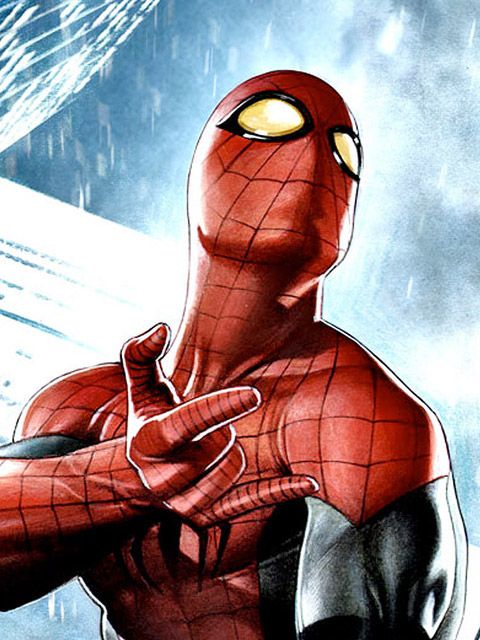 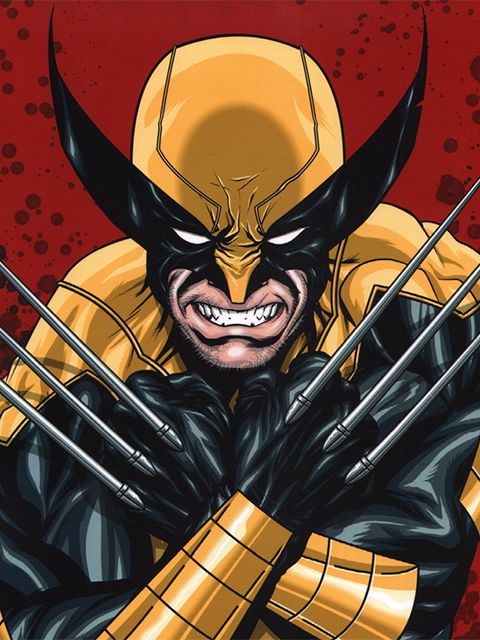 Mr_Incognito 2 mo 11 d
Spider-Man vs Wolverine #
Wolverine Spidey is more agile but won't be able to do any lasting damage.
show 3 replies

More often than not this ends up happening though

Wolverine Both
Lost to the hulk

HeroicSacrifice123 5 mo 17 d
Spider-Man vs Wolverine #
Spider-Man @The_Mother_Banana how? Spider-man is much more agile. Everytime they fight, Wolverine struggles to even get a hit on Spider-man, even in Spider-man vs Wolverine, when Peter was very inexperienced. His webs can be used in tandem with his strength to bring down Wolverine.

Wolverine I can. Wolverine's an excellent fighter and his healing factor will keep him going. Spider-man may be stronger but he'll hurt himself just as much by punching him because of the adamantium

HeroicSacrifice123 6 mo 24 d
Spider-Man vs Wolverine #
Spider-Man I don't think Spider-man will hurt himself punching the adamantium and he is always tearing apart metal. He likely couldn't break the adamantium, but he could still knock Wolverine out, which he has done before, or web him up. If he does so completely, Logan won't have the arm space to cut through the webs. He's a better fighter but doesn't often apply it in combat. For what Logan has, he probably won't hit Spider-man due to his agility, especially if he uses the Way of the Spider.

Wolverine Adamantium isn't your usual metal. It's the strongest one there is. Even the Hulk's only been able to dent it. It's going to hurt Spider-man

HeroicSacrifice123 6 mo 23 d
Spider-Man vs Wolverine #
Spider-Man In Spider-man vs Wolverine, Peter hits him over and over and his hands are relatively okay:
https://www.google.com/url?sa=i&source=images&cd=&ved=2ahUKEwjt7PPOv4nnAhXNvp4KHYcODeQQjRx6BAgBEAQ&url=http%3A%2F%2Fwww.comicscube.com%2F2014%2F03%2Ffifteen-panels-i-love-from-spider-man.html&psig=AOvVaw3a6xbq2-vU44g-4uZeoZeY&ust=1579311384165292
Sorry about the bad link.
Anyway, it's important to remember that he was pretty inexperienced in this fight as well. Every fight since, he has stomped Logan.
Em
EmreAkkayaTR 2 mo 22 d
Spider-Man vs Wolverine #
Wolverine hitting him doesnt mean that killing him you ****

Alien_X 2 mo 12 d
Spider-Man vs Wolverine #
Spider-Man @Tyrannus : Adamantium isn't exactly the strongest one there is. Probably 3rd, at best, after Vibranium and Uru.

Wolverine Uru is only powerful because of it's magic and Vibranium while tough it's as strong as Adamantium. Vibranium just absorbs kinetic energy.
Comment deleted.
show 1 reply

HeroicSacrifice123 8 mo 22 h 12 m
Spider-Man vs Wolverine #
Spider-Man Everybody rooting for Wolverine has it all wrong. You are saying that his healing factor will allow for him to outlast Spider-man and win. But they have fought before, and Spider-man has won EVERY time, with ease, and without a scratch. Wolverine is good, but Spider-man is too agile and fast for him. You aren't realizing that Spider-man doesn't have to kill him to win--he can web him up until Logan can't move a muscle like he did before. If you want a death battle, Spider-man beats the crap out of Logan, webs him up before the claws gets him and hangs him with his webs. He can't regenerate from being choked to death--nothing to regenerate from.
Last edited: 8 mo 22 h 7 m ago.
ca
captainthor985 1 y 3 mo 26 d
Spider-Man vs Wolverine #

HeroicSacrifice123 8 mo 22 h 16 m
Spider-Man vs Wolverine #
Spider-Man So what if Wolverine beat Deadpool and Deadpool beat Spidey. The 'Deadpool kills the Marvel Universe' comics were meant for fun but were not realistic at all. Spider-man already beat Deadpool before multiple times, and he can beat Wolverine for sure.

Wolverine Wolervine heals instantly and his Adamantium-infused skeleton structure is nearly indestructible..even in comics,I think wolverine is stronger than movie version,more durable and heals too fast for spider Man to do any damage ,Spidey will tire out eventually,and keep getting beat up ,unless wolervine take his head off sooner than later and game over.. Wolverineine will take this fight..don't underestimate wolverine
show 8 replies

Spider-Man How is Spidey overrated? Dude people underestimate Spiderman too, if you wanna say that he is overrated for how popular he is that makes sense

Spider-Man Why do you think?

Spider-Man In what world is Spider-Man, the greatest character in all of Marvel Comics, the most useless Avenger?

Spider-Man Yes, Spider-Man is the greatest Marvel character. He is the poster boy of the franchise and is up there with the likes of Superman in terms of greatness. And no, there are several things Spider-Man can do that the other Avengers cannot do, and he happens to be much stronger than some of the Avengers, such as Captain America, Black Panther, and whenever he's on the team, WOLVERINE.

Spider-Man Phoenix Force is an outlier, we've been over that before and Captain America and Black Panther have both matched and outmatched Wolverine in the past. And Wolverine is up there in greatness with Spider-Man, he's just behind him. Spider-Man, Iron Man and Wolverine are the three greatest of Marvel.

Wolverine @LordTracer I agree. Spidey is one of the best (maybe best) Marvel characters. The problem is he is stronger than both Captain America and Wolverine, but his combat is not at the levels of Cap's or Wolvies's. He only knows Kung-Fu (Because he lost his spider sense), Cap has beaten him in CW, strengh is not everything, experience and combat have bigger role in fight.

Wolverine Easily wolverine, for God's sake vulture almost killed him nad would of but didn't so he could get what he wanted on airplane.. wolverine was able to survive jean grey phoneix force before he killed her..but that was in movies.anyway,jean grey would evaporate Spidey in a sec..so wolverine takes this..
show 2 replies

Spider-Man Dude, you can't use movie feats when it's not the movie versions.

Spider-Man Nobody acknowledged, that all Peter needs to do is web him up. Logan is not strong enough to break through Peter's web. Peter could easily out maneuver him beat him down, find his opening to web him up. As well people are saying spider-man has no way to put down Wolverine, which is true only if you mean permanently. Peter is definitely strong enough to put Logan unconscious, especially after reaching mach speed on a web swing or slingshot. Spidey could defeat him in a variety of ways all before Logan could ever land a shot. Spider-man has, will beat wolverine, every time.
show 1 reply

HeroicSacrifice123 8 mo 22 h 14 m
Spider-Man vs Wolverine #
Spider-Man True. Spider-man wins every time they fight without a scratch. His claws are useless if they are too webbed up with the rest of him to do anything.
show 2 replies

Spider-Man I revoke all comments

HeroicSacrifice123 6 mo 12 d
Spider-Man vs Wolverine #
Spider-Man He can put down the X-man. He could web him up entirely with ease. Did you take that into consideration. Besides, Wolverine often doesn't apply his skill in combat. He can't touch Spider-man.

HeroicSacrifice123 8 mo 22 h 8 m
Spider-Man vs Wolverine #
Spider-Man He ties him up under too many webs to escape from and knocks him out.