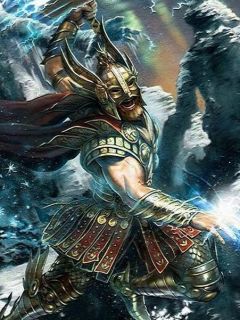 Date of Birth - Previously 2000, but it is currently unknown. Estimates state somewhere between 1995 and 2002

Sexuality - Straight (He believes anything else is a sin and immoral)

Dislikes - People who think lower of him, people who insult Thor, and people who state he is wrong...