What is the super power Rune Magic

The Runes are magical artifacts that grant their wielder access to knowledge that he or she normally couldn't obtain. They were acquired by Odin and were later passed onto Thor. It is implied that the knowledge the Runes provide depends on what a person has lived through. In Odin's case, because he was a god, he became all-knowing of the ways of the gods, but Thor, from his time as a god and human, allowed him to gain even more knowledge than Odin giving him the all the knowledge of the gods but also of humans as he became all-knowing of everything from animal to mineral, effectively making him omniscient. The Runes also gave him many magic spells. Only a few were shown. One of these spells can apparently grant the owner the ability to will other beings into nothingness. When used in conjunction with the Odin-Force, they grant the user outstanding power to limits that have yet to be shown. However, some feats include severing Loki's head and keeping him alive, destroying the Asgardian universe, and defeating if not killing Those Who Sit Above in Shadow.

Heroes and villains with Rune Magic 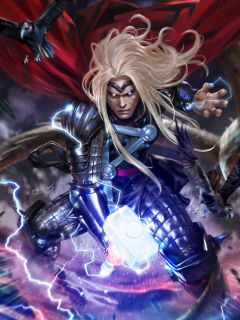 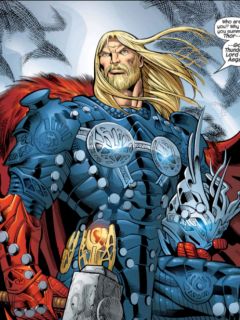