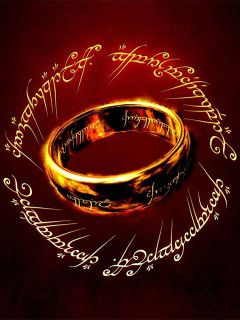 History of One Ring

For mortals, The One Ring merely gave the wearer the power of invisibility. But the Dark Lord's will was concentrated in the One Ring, a construct so irresistible to mortal creatures that to merely look upon it is to invite him into your mind. None could resist the Ring for long and those who had prolonged exposure to it became obsessed with it to the point of committing murder just to hold it. Sauron constructed the Ring as a fail safe against the still-dangerous Dúnedain lordships as well as the powerful, yet waning, Elven kings that dominated the West. He wanted to make sure that he would be able to resurrect in a time and manner convenient for him so that not even the most potent of elvish weapons could kill him permanently.

When the One Ring and Sauron were united, they were whole. Sauron was made unstoppable on the field of battle and his powers of corruption were impossible to ignore. He dragged nine of the great kings of Men into ruin and the Elves feared the same for their own race while the Dwarves tunneled underground and invited a different doom of their own (Durin's Bane).

One Ring is also known as; The One Ring