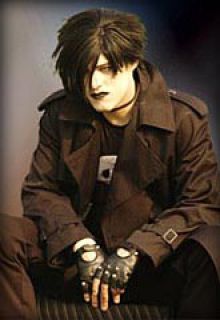 Hailing from a time long ago, Master Brood was cursed in the middle ages with a super healing factor, and trapped inside his eighteen year old body, unable to age and doomed to be an eternal teenager. The knowledge that he will never die has left him dark and bitter. He has trouble becoming emotionally involved, as he knows that any relationship is unable to last as long as he will.

His travels have taken him around the world and he has always taken interest in the next up and coming thing, whether it be art or technology. He has learned the fighting styles of many martial arts, but only to a basic level as his adolescent tendencies eventually make him lose interest.

He met Captain Epic in Europe during World War II. The two have fought in many battles in Canada and abroad, using Master Brood’s fighting skills and homemade gadgets, (which are still being perfected).