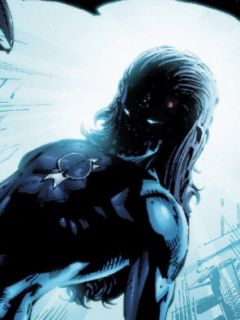 The being known as Mother is the creator of the universe. There is no being greater than she, and her powers appear to be limitless. She is known as Mother to her children, of which there are more than there are numbers, but she is neither male nor female. In fact, she often appears as males if the situation suits her. She has appeared as many forms throughout the ages and can appear differently to different people simultaneously.

Of her countless children, her two greatest disappointments were entrusted with the planet Earth. These two beings, whom we know as God and Satan, have squabbled and fought for ages. Their incessant bickering developed into complete hatred for one another and eventually all out war. Ordinarily, Mother would have allowed them to continue fighting as they saw fit (as she rarely gets involved with the affairs of her children). These two petty and hateful children, however, despite their never-ending feud managed to create something beautiful and wholly unique in the universe – mankind.

Mankind was created by God to serve his will, but his creation was tainted by his hateful brother Satan. Man was given free will so as to disobey God’s commands. The combined influence of both God and Satan led to the unique creation that is a human being - a creature capable of boundless artistic expression and limitless love, a creature which Mother deemed important enough to protect personally. During Armageddon, she appears to Spawn in the guise of the Man of Miracles, acting as his guide so that he may fulfill his role of stopping the Apocalypse and saving humanity from the forces of her two children.