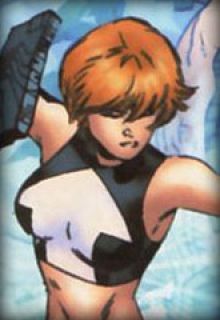 When Ayla's and Garth's older brother Mekt went to Korbal, their ship crashlanded. Ayla suggested that they should trick the local lightning beings to recharge the ship's batteries, but they were attacked and gained electrical powers. In an unknown later accident, Ayla lost her electrical powers and gained the ability to negate the pull of gravity of certain objects.

She has dated Sun Boy, Ultra Boy and Timber Wolf.

Brainiac 5 thought that it's disturbing that some persons so powerful as Light Lass treats their powers like party tricks.

Light Lass and her brother Garth have recently been reunited with their older brother Mekt.