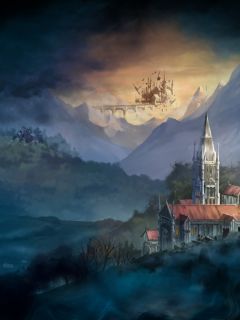 The Plane of Innistrad is one in a constant battle between night and day, life and death. The plane is primarily inhabited by humans who were protected by the forces of the night by the Archangel Avacyn, but now must rely on Sigarda to continue living. The monstrous forces of the plane are composed of Demons, Devils, Werewolves, Zombies (both the normal risen from the dead and the alchemically created Skaabs), restless Spirits among many more abominations. Innistrad currently houses the physical form of the Eldrazi Titan Emrakul within the confines of its Silver Moon, which has disturbed the balance of the plane.

No connections to Innistrad found.