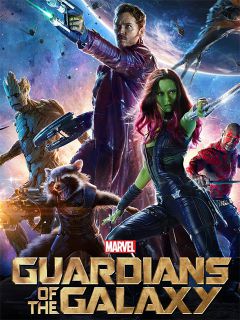 Guardians of the Galaxy's History

A group of heroes who opposed the Phalanx conquest of the Kree system (and many who had opposed Annihilus incursion into their universe), who banded together in an attempt to prevent any further catastrophes from ever occurring.
On the recommendation of ally Nova, the group establishes a base of operations at the space station Knowhere, which possesses a teleportation system with near-universal range. An intelligent, super-powered dog called Cosmo acts as Knowhere's chief of security and works closely with the new team.

After an initial clash with the revitalized Universal Church of Truth, the team's investigation of a mass of "Limbo ice" reveals a semi-amnesiac man who identifies himself as Vance Astrovik, Aka Major Victory of the Guardians of the Galaxy of Earth-691. Astro's declaration inspires the as-yet-unnamed team to adopt the "Guardians of the Galaxy" name for their own.

The team then battles the Universal Church of Truth once again, while Astro is attacked aboard Knowhere by an incarnation of his former teammate Starhawk. Matters worsen when the alien shape-shifting Skrulls apparently infiltrate Knowhere, and the revelation that Star-Lord directed Mantis to telepathically coerce the heroes into joining the team.

After this, the team members each went their own way due to some misunderstandings. However Rocket Raccoon decided to continue and started a search for the missing members. He asked Bug to join the team, as well Groot, who was now returned to full size, both joining along with the addition of Mantis and Major Victory as field members.
Meanwhile Starlord went to the Kree Empire in an attempt to help them out of a situation, but Ronan The Accuser reveals to him that they are reconstructing the Phalanx's Babel Spire in order to preserve the Kree, before throwing him into the Negative Zone, where he meets King Blastaar. Blastaar's plan is to break into 42, the prison created by the Initiative to house anti-registration forces.

Blastaar hopes to use Starlord as a way to get into 42, so he may then invade Earth. Blastaar's Negative Zone forces then launch a full scale attack against 42, which is defended by the super humans inside - as the guards fled and locked them in the negative zone - led by Jack Flag. Starlord then goes into 42, and begins talking to Jack Flag, hoping to use him and other superhumans in 42 as a way to contact the Guardians. Using a telepath, Starlord is able to contact Mantis and get the Guardians to teleport into the Negative Zone, preparing for a big battle.

Meanwhile, Adam Warlock and Gamora invade the Universal Church of Truth's headquarters, as Adam Warlock wishes to find out more about them, and asks to be taken to their leader.

Elsewhere, Drax and Quasar (Phyla-Vell) begin looking for Cammi, but on their search they talk to a seer who tells them about the implicit War of Kings. When they say they don't care and are looking for a girl, the seer remarks that he knows of this girl, and that her name is Heather, much to Drax and Quasar's surprise. Phyla was able to wake Moondragon from the dead, but lost her Quantum Bands in the process. The consequence for Phyla is that she is now the new avatar of Death. They went back to Knowhere and did not follow up on the search for Cammi.

Mentor kills Drax and Phyla they are found on Oblivion where Phyla loses her Quantum Bands and Drax infers that they are dead after learning this development. They are quickly ambushed by Maelstrom and Phyla was fed to the Dragon of the Moon, but before Drax was fed, Quasar (Wendell Vaughn) comes to rescue him and fights off Maelstrom as Phyla bursts out of the Dragons belly with Moondragon but made the deal to be Deaths avatar.

Upon learning of the upcoming war between the Shi'ar Empire, with their new Emperor Vulcan, and the Kree, now led by the Inhumans and their King Black Bolt. All of the Guardians reunite and are joined by Moondragon and Jack Flag who returns with Star-Lord from the Negative Zone.

They bargained with the Collector, in exchange of a weapon capable of deactivating the "Cube" and return to Earth, the Avengers and the Guardians would let Thanos to be defeated by the Elders. With the help of other members of the Avengers, Thanos was defeated and sent to punishment by the Elders.

Due to his enormous help with the defeat of Thanos, Starlord personally offered Iron Man a spot in his team, which he gladly accepted.

J'son of Spartax alerted Starlord, his son, that a council of galactic empires decided that Earth should be left untouched, and tasked him to protect it along the Guardians.