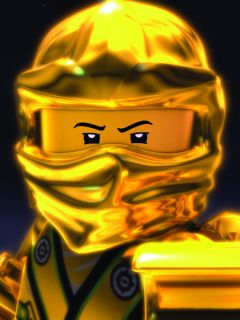 Initially, Lloyd had no outstanding combat skills, being about as strong as a boy his age with no special training. His flair for dramatics and minor knowledge of Ninjago history allowed him to cow the public with bombastic threats and harmless tricks, but he proved helpless against enemies like the Ninja or the Serpentine, relying on strokes of luck and opportune distractions to get away from them unscathed. After joining the Ninja aboard the Destiny's Bounty, Lloyd revealed a flair for pranks and video games, beating all of Kai's high scores in "Fist to Face 2" and nearly bringing the Ninja to blows by pranking each of them and blaming another Ninja.

After his destiny as the Green Ninja was revealed, Lloyd began developing some capability in hand-to-hand combat. However, his overenthusiastic approach to training and lack of a dedicated mentor (as the Ninja were concentrating on stopping the Serpentine from unleashing the Great Devourer) prevented him from becoming much of a threat to his enemies. However, Lloyd occasionally used his lack of skill to his advantage, tricking enemies into complacently mocking his wild posturing until his more powerful allies could join the fight (to allow himself to save the four Ninja).

Lloyd's skills began advancing more rapidly after the Ninja defeated the Great Devourer and secured Dareth's dojo as a training site. He developed the ability to use Spinjitzu, enhanced fighting abilities, and a burgeoning ability to control all four elements. However, he did not come into his own until after being aged to a teenager, after which he gained the physical skill and mental focus to truly begin applying himself to his training.

By the time the Stone Army surfaced, Lloyd had grown significantly in all aspects of his fighting skill. In addition to a much more controlled Spinjitzu and far greater mastery of the elements, the Green Ninja had developed a tactical mind that allowed him to gain the upper hand against foes such as the Giant Stone Warrior. His powers were enhanced even further after the empowerment ritual in the Temple of Light, allowing him to overcome Lord Garmadon's Samurai Mech with a single beam.

When he became the Ultimate Spinjitzu Master, Lloyd's powers reached their full devastating potential. He gained the ability to levitate in mid-air, incredible strength that allowed him to knock around the far larger Overlord, and the ability to summon the Golden Dragon from pure light energy. At the end of his battle with the Overlord, he charged his powers within the villain's supersized mouth, creating an explosion of light that utterly obliterated the dark dragon.

After losing his Golden Power to the Overlord and dividing the rest with the other Ninja, left Lloyd with just the power of Energy at a significantly weaker state, yet still stronger in offense than the other main elements. It is also Lloyd's true Elemental Power.

Halfway through the fourth season, in Spellbound, Lloyd unlocked (or summoned for the first time onscreen) his Elemental Dragon of Energy. The dragon allows him to travel quickly through the air and shoot large blasts of Energy that deal devastating damage.

From Season 5 onward, Lloyd can perform Airjitzu along with the other Ninja.

In "Big Trouble, Little Ninjago," after fighting with his father after Garmadon gained his True Potential, Lloyd lost his powers, leaving him vulnerable. However, his powers is restored in "Green Destiny."

On a far lesser note, Lloyd also seems to be somewhat skilled at sewing, assisting his fellow students in creating several Ninja garbs in "Double Trouble." On a more negative note, he cannot perform or imitate voices or accents as revealed in "Wishmasters."