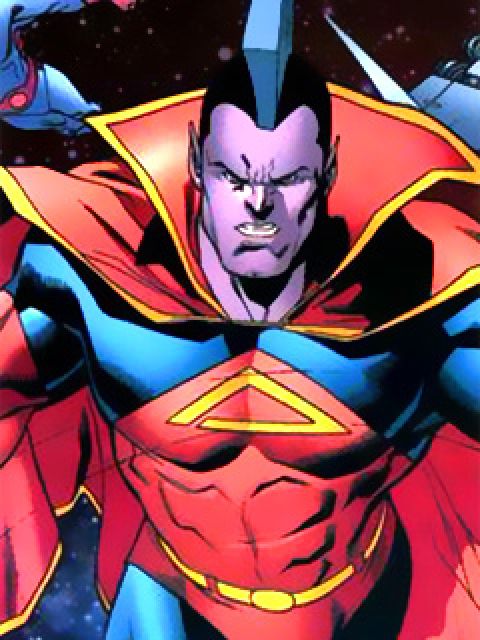 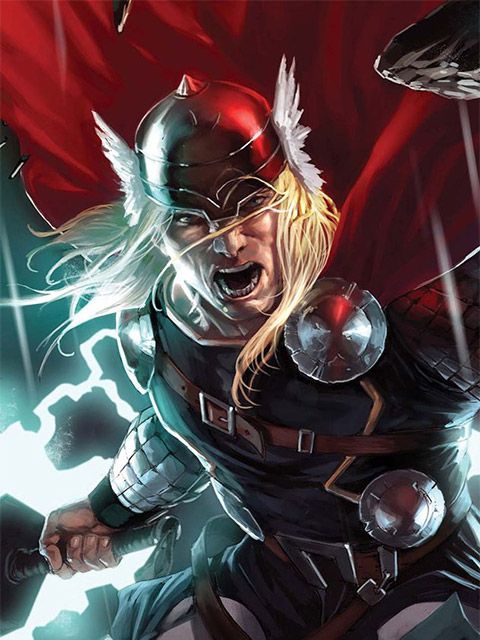 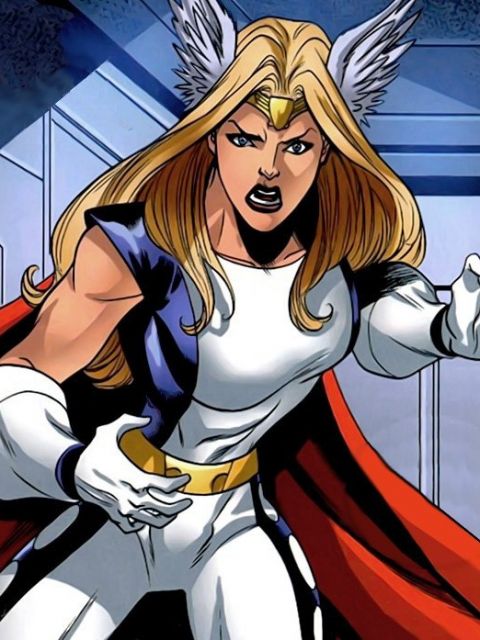 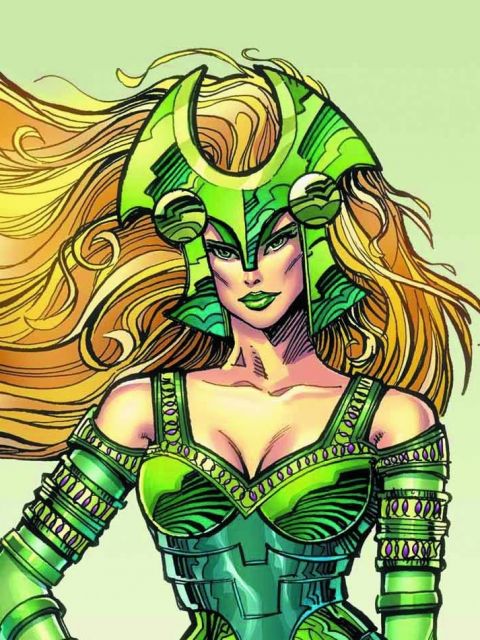 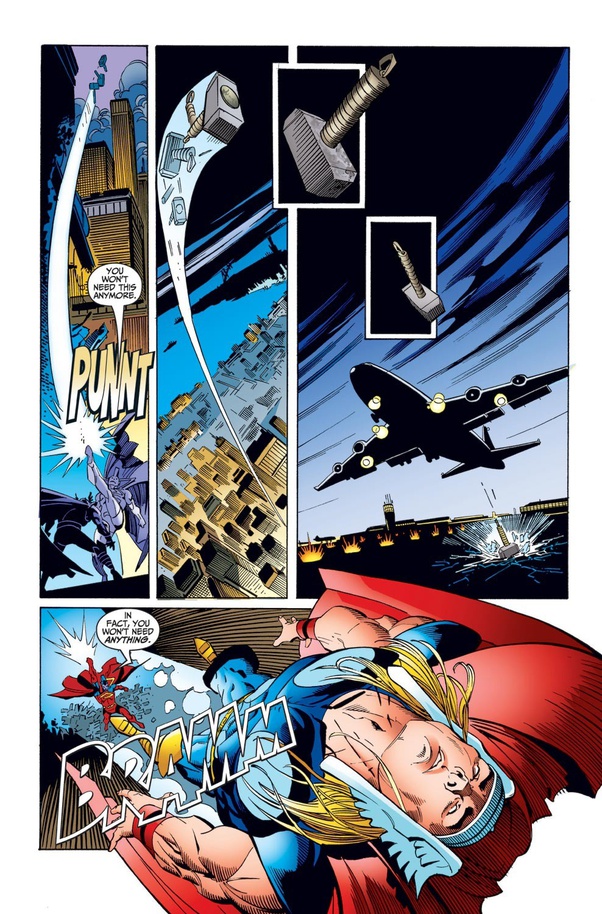 then due to some unknown reasons(i dont know how?),thor got transformed into Jake olson form(his human form) and got crashed to a truck ,went unconsciouss with fire injuries.

Thor k.o'd gladiator to ground when he came back after Jake Olson was made to hold mjolnir again..

And i know some people here dont want to agree this,(but i dont care them),
Gladiator himself admitted that Thor is "too strong" for him,after getting his ass wooped by thor..

Gladiator @War_guy19 TLDR yes. Gladiator 1 shotted Thor.
@Siddu You just changed the words which meant the same thing. So yes he did 1 shot Thor. From the cherry picked scans and the way you react when people say Thor loses, I can see why.
Didn't you know about how Thor's forced to turns back to human form when separated from his hammer for too long? I thought you were a Thor fan?
You didn't mention how Gladiator was slowed down by Thor girl and revived by Amora and then get confused why people disagree with you.
I feel as though you just want to stay in denial and that's ok too I suppose.

Team Thor @Tyrannus I can agree if someone says beings like Sentry or Silversurfer or Dr strange can beat thor,because they have feats and versaitility that matches thor's..
heck!Even,if someone says Superman or Hulk can beat thor,i can agree to some extent..
But,how can i agree if someone says gladiator can beat thor,even after galdiator himself admitted that thor is stronger than him???Iam a fan of thor but not a biased fanboy,iam just arguieng based on Gladiator's own statement and how thor is able to beat him after he came back..
I swear u, iam not biased towards thor here!Ur literally contradicting gladiator's own statement by showing a scan of him blitzing thor..There is nowhere it was mentioned gladiator "oneshotted thor"!Even,u can understand it by checking Jake's own words,"The fire,so painful..."..How can u say gladiator oneshotted him if he was still in consciousness state even after getting blitzed,transformed to Jake form,crashed to a truck and got fire injuries.??I can say Jake Olson went unconsciouss because of fire..
Yes,i know about "60 seconds thing",but it didnt seemed like Thor got knocked out and stayed unconsciouss for 60 seconds and got transformed to Jake olson form..If he really stayed unconsciouss for 60 seconds,how can Jake get fire injuries??Even,that YouTuber narrated in a way, saying Jake got crashed to truck and went unconsciouss with fire burns..So,u meant thor stayed in air for 60 seconds and got crashed to truck soon after turning into JakeOlson form?
When did thor got revived Amora?After holding mjolnir?I already said Jake was made to hold mjolnir and thor came back..Again,ur saying thor was revived.
Cherry picked scans??Iam just trieng not to act biased and showing proofs for my statements. What's wrong with that??
I have my own evidences on how thor can beat gladiator..U cant say i was biased towards thor!Ur perspective and mine on this battle are completely different..
U voted Gladiator over Thor girl,Thor Odinson and enchantress ..
Do u think Thor dont even stand a chance against gladiator even with the help of Enchantress and thor girl?
Ok,ur not biased towards gladiator.But,one thing is sure!Either u r overestimating gladiator or underestimating thor!
Last edited: 8 d ago.

Team Thor @Tyrannus U literally created this battle and wantedly voted gladiator just to embrace me and make all my arguements look like shit!And still u r calling me a fanboy in return..and saying i "attacked" u by calling fanboy.

Gladiator @Siddu Well no you don't because I've seen you make arguments for Thor beating Superman. Your going against Gladiator because he's the lesser known character.
Gladiator said that because he was unable to kill Thor. However that's because he had to fight a revived Thor with the help of Thor girl and Amora. If its a 1v1 then Gladiator has clearly shown he can 1 shot Thor. And now its gotten to the point where you don't even want to accept that even happened at all because you lied to @War_guy19 by telling him that didn't happen. Feats overweight statements.
I'm not contradicting him, Gladiator did 1 shot Thor. He just wasn't allowed to finish him off. Why would Gladiator or anyone directly say "I've 1 shotted Thor". Gladiator wasn't there to prove a point, he just came to change the future timeline by stopping Thor.
Even you have to admit this, had Thor girl and Amora not been there, Thor would have died.
Amora brought Thor back in the fight after Jake wasn't conscious. So she revived him.
I'm saying your biased because you won't admit Gladiator was able to KO Thor, that Thor needed help to win and that you think after all this, the comic was biased to Gladiator??? Thor was facing a stronger opponent and luckily everything seemed to go his way to prevent his own death.
Gladiator faced off against all 3 and was still a second away from killing Thor. If it weren't for the fact that this was a Thor comic, Gladiator would have killed all 3.
I'm not over or underestimating either, I'm taking what actually happened at face value. And I saw Gladiator prove he was better.
During his tenure as an Annihilator, Thanos saw Gladiator as the biggest threat which was why he had to teleport him away. The Annihilators consisted of members like the Silver Surfer (the guy you said you can understand beating Thor) and Beta Ray Bill (the same powers as Thor).
I have replied on the Hulk vs Gladiator page.
I haven't called you a fanboy.

Team Thor @Tyrannus U r repeating same things again and again which i've already replied to.He might have said "I failed to kill him",but he didnt..
Last edited: 7 d ago.

Gladiator @Siddu There's a lot there that's new that you can't address. Like how Thor only won because he had help and even then Gladiator was still able to KO him. But you don't want to acknowledge this.
Because that's Gladiator's character. He's one to act like a sore loser afterwards. He's a man of honour.

Gladiator Lol what? So your resorting to ad hominem now. Nice
Also what a jump. Just because I said Gladiator beats Thor you think the next thing after Thor is the rest of fiction??? And you called me a fanboy lmao.

Gladiator It happened in The Mighty Thor #34 by Dan Jurgens.

Gladiator He KO's Thor is 1 hit.

Team Thor Do you have scans for that?

Team Thor Huh alright, that seems weird though. I wouldn't say Gladiator is often at that power level, so I'll need to read the comic I suppose, I don't even consider Gladiator stronger than Thor alone.

Gladiator Gladiator's very much so underrated. Not many people realise how OP he really is.
At the time Dan Jurgens/Marvel has written Superman as stronger than Thor. As Gladiator was Marvel's Superman, its understandable why Gladiator won.

Team Thor WTF? I’ve seen A Lot of Stuff that questions my Sanity but How would Gladiator Win?
show 9 replies

Gladiator @Siddu You've said so many biased things in favour of Thor several times. You've even said its controversial to say Hulk and Gladiator beat Thor (even though they've both beaten Thor before). Apart from Thor vs Gladiator, I haven't really made strong arguments for Gladiator beating anyone else. So you've just called me a fanboy out of pettiness because you've lost the Thor vs Gladiator debate.
And @BlotskyA didn't even say that I'm a Gladiator fanboy.

Team Thor U have voted gladiator over Thor,thor girl and enchantress combined,this alone prooves ur biased towards gladiator
I didnt lost the debate my frnd.U've lost it..
Last edited: 12 d ago.

Gladiator Yeah because that's what happened in the comic. Even you haven't been able to get around that.
You can't even get your spelling right let alone win this debate lmao!

Team Thor I am not that good in writng english.But,iam trieng my best to avoid mispronunciations..So,ur trolling me on the name of some spelling mistakes?Fine..

Gladiator @Siddu You attacked me by calling me a Gladiator fanboy even though I like Thor more. Just accept what happened. Gladiator was able to KO Thor.

Team Thor Ok,let us assume gladiator is able to k.o thor,but u have to consider even thor is able to k.o him to ground.Yeah,amora blasted hum,but u can clearly see ,by that time gladiator was already in unconscious state..Even,thor could have done something similar by blasting a powerful lightning or Godblast on him...But,he didnt want to..

Gladiator @Siddu You don't have to assume, it actually happened.
Thor didn't KO him back, it was Thor girl after he'd been fighting Thor for so long. He wasn't unconscious yet.
Gladiator would just fly around the godblast. Gladiator was able to tank a blast from Galactus and burn his armour.

Team Thor @Tyrannus U have said,he would just fliy around,then why didt he fly when amora was blasting him??And thor himself mentioned that blast(Amora's blast) rivaled the power of Odin,but Godblast already beat Majeston zelia who at the time 2 times more powerful than Odin.She had all the power of dark gods and almost all of Odinpower..

Gladiator @Siddu Because he didn't see the attack coming. He only came to fight Thor. He didn't know he'd have back up.
Like I said Gladiator's taken blasts from Galactus so he'll be alright. Your forgetting Gladiator also has his own heat vision which he could have used to vaporise Thor. But your only thinking of ways for Thor to win.