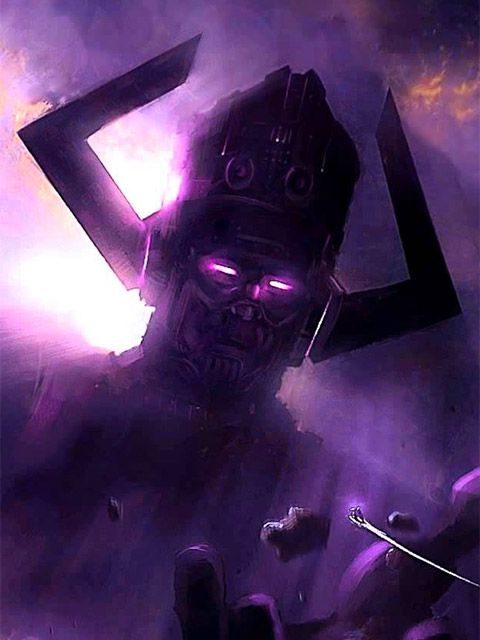 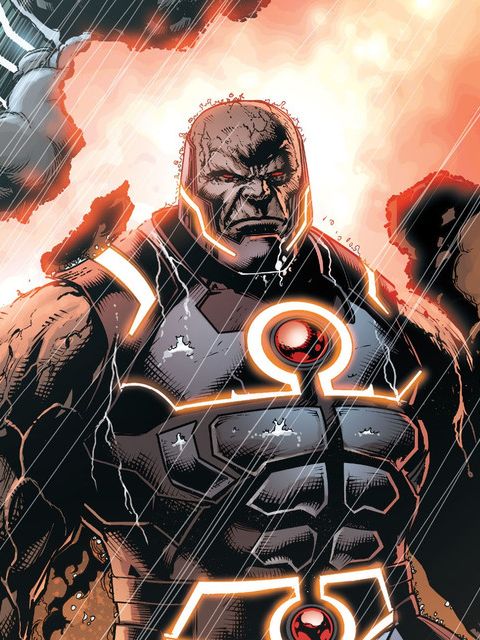 Galactus Then vote if that's how you feel

Galactus I think you all forgot when Galactus one shotted Darkseid in there mini crossover.
I think it's called The Hunger you should read it, I really liked it.

Galactus Ofc u will say That Because u are Dc fanboy

Darkseid Galactus is indeed a powerful character, but nowhere near the level of the god of evil. Darkseid will simply summon death to kill the planet eater.
show 4 replies

Galactus No Darkseid doesn't get help from the Black Racer here. Galactus would eat Apokolips and there's nothing Darkseid could do

Galactus That doesn't say she can't claim him, she's just saying he has an insane will to live and she plans to stop him, and then even mentions how he is working with eternity whom is deaths opposite, Mistress death > Galactus, also beings of much higher power than galactus have died, like the living tribunal

Darkseid Thanks bt i have changed my vote now

Galactus It's not gonna kill him. As I said before, Galactus is capable of regenerating from complete physical annihilation & can't be claimed by Death.

Galactus Darkseid has no solar system level avatars. This is his Pre-Flashpoint Emanation.

Galactus Want to know the honest answer? He can't.

Galactus Actually the honest answer is that he can, because he is literally infinitely stronger than Galactus

Darkseid How is Darkseid "infinitely stronger than Galactus?"

Galactus Darkseid wasn't affected by the CoIE retcon. So the version of Darkseid that could one-shot Pre-Crisis Superman? That's this Darkseid.

Darkseid Then why was Post Crisis Superman able to damage Darkseid avatars literally every time they fought?

Galactus Key word: AVATARS
This is not an avatar. This is Darkseid's EMANATION, which was not changed by CoIE.

Darkseid True Form Darkseid has it's own profile, this IS a Darkseid avatar.

Galactus You do realize there's a difference between emanations, avatars and the true form, right? Emanations are what New Gods use to interact with lower dimensions and are fractions of their true forms. Avatars are lesser things.
Dr
Drmanhattan42 1 y 7 mo 16 d
Galactus vs Darkseid #

Darkseid Someone said Thanos came close to beating Galactus,and if that's the case then darkseid will have a very good chance of beating him..but my own decision would have to be darkseid..he's more powerful than you think..again,just because Galactus can absorb or eat a planet doesn't mean he's unbeatable.. Superman pre crisis,has towed planets together and either punched or sneezed a planet and it exploded... Superman had a hard time with darkseid and Superman will definitive Galactus a hard time.. especially pre crisis Superman and Superman prime...
show 1 reply

Galactus No galactus oneshots every character you mentioned

Galactus Sorry, but Darkseid's not winning this. Not against a being that's capable of regenerating from complete physical annihilation & can't be claimed by Death. Galactus can either wipe out Darkseid's memory or even his existence. Not to mention The Eater of Worlds can just make the New God a puppet or subservient to his own will. Hell, he could just convert Darkseid into something else.
show 1 reply

Galactus NO @EmptyHand! How dare you've switched to the dark side!

Darkseid But this is Avatar Darkseid. Trueself win easily

Galactus @LordTracer You've changed your mind about this battle, right?

Galactus Okay, take the rankings I said here and switch them.

Galactus Lmao at Antimonitor being top 5-6 dc characters, he's not even top 30 of maybe not top 80