Searching...
...
Browse AD FREE for less than 92¢ a month with an SHDb membership. 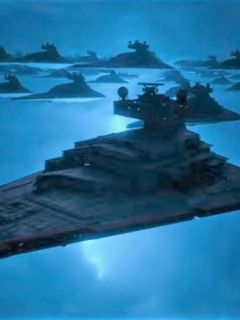 What is Final Order Star Destroyer?

The Final Order, also known as the Sith Eternal fleet, the Sith fleet, the Sith armada, or the Sith Empire, was a massive fleet of Xyston-class Star Destroyers secretly constructed by Sith cultists led by the Sith Lord Darth Sidious on the planet Exegol. Alongside an army of Sith troopers, the Final Order was the culmination of an agenda over a thousand years and a conspiracy decades in the making, with each Star Destroyer armed with an axial superlaser capable of destroying entire worlds.