MoNsTeR 9 d
Vote for my battle (read description BEFORE posting) #

SirSpidey 9 d
What music would different superheroes listen to? #

- Thor: Metallica, more specifically Ride The Lightning.
- Captain America: 40s fo sho.
- Superman: Old Country. Stuff like Johnny Cash probably.
- Batman: Classical
- Hulk: Metal, but more screamo type stuff. Slipknot seems fitting.
- Silver Surfer: Some trippy EDM/Techno.
- Star Lord: 70s Pop Rock, of course.
- Iron Man: Hair Metal
- Spider-Man: I feel like he is a man of culture and would be influenced by the older people he works with. Even though he is suppose to be kind of a kid, I feel like he would listen to 90s Rap and maybe some newer Pop Rock.
Last edited: 9 d ago.

AaronZeki 9 d
Your most Hated Superhero #

Agreed, there is also a very bad lowballing agaisnt him

vonKonigsberg 9 d
Your most Hated Superhero #

Tony Stark. Really any of the billionaires with toys, but especially Tony.

First he need to find some weakness in Thor, that's the only way he can beat some mid herald tier, by exploding the weakness of someone lmao, otherwise he is fk.

@SirSpidey
Now your being difficult. You know what you can do to find comic issues? Google! Do I look like google to you?? I certainly hope not! I'm not gonna go scrounging through my comics in the middle of the night, and I'm also not going to go hunting for issues for these pictures. I told you the ones I know. Now the rest is up to YOU.

What you can doooo is google "Trigon feats" or "Mxy feats" or ANYONEEES feats and come across a nice comicvine or reddit thing that has it all laid out for you.

What I'm not gonna do is do all that and you still wanting more, sooooo you can do it yourself and get all your info THEN you come back to me M'kay?

datboi12ty 9 d
Your most Hated Superhero #

Let me hear someone say spider-man and it is a done deal.

Great Evil Beast He is omnipotent in Vertigo. We have just not seen omniptence in dc cosmology but he is OMNIPOTENT

Superman (DCEU) It really isn't. Superman has every possibly advantage.

MaseTheFace 9 d
Who is the Most Overrated Character #

I'm not gonna go searching for Thor stans at 12 in the morning. Again you probably don't spend alot of time on Comics TikTok because these people are definitely not. joking...

What do you MEAN what am I saying when you overrate Thor??? I'm saying YOU. OVER. RATE. THOR. It's very simple.

Thor is a great character, love him, and YES he is ver powertful. But can he beat a reality warper that can unwrite reality? NO. Can he beat the embodiment of god's wrath? NO. Can the beat the that has destroyed countless planets and rules multiple dimensions? NO!!!

Your downplaying some of the most powerful characters in DC by saying Thor can beat them and THAT'S how your overrating Thor.

SirSpidey 9 d
Your most Hated Superhero #

Damn, Jane Foster is a really good one. It's tough, because I haven't read the issues where they ruin her character. I've just read the ones where she is the damsel in distress. But yeah, Superman annoys me.

It seems pretty good now. I assigned him to you.

ThorMathews 9 d
Your most Hated Superhero #

ThorMathews 9 d
Your most Hated Superhero #

ThorMathews 9 d
What music would different superheroes listen to? #

Thor: Viking metal obviously. Songs like Twilight of the Thunder God, Crack The Sky, Mjölnir Hammer of Thor.
Batman: I feel like rock for some reason
Cap: 40s
Superman: Country I feel like
Spidey: idk alternative
Someone else comment

I know that the Mxy unwriting reality is in Justice League 6th dimension. The Flash vibrating is in his New 52 book. Mxy and Trigon stalemate is somewhere in the Injustice storyline.

SirSpidey 9 d
Who is the Most Overrated Character #

Sure. Because I've never heard someone say Thor could solo an entire verse, unless they were joking or something. And everything I say derives from the comics. Why would you say I overrate Thor? Are you saying the comics overrate Thor?

MaseTheFace 9 d
Who is the Most Overrated Character #

@SirSpidey. You really need me to list usernames?? I know you see people overrate Thor and YOU might just be one of them.

Rune King Thor @Mr_Incognito: Oh, my bad. I thought you were being a rational thinker there for a second.

Valkyrie (MCU) Valkyrie is much, much stronger than Black Widow.

SirSpidey 9 d
Your most Hated Superhero #

SirSpidey 9 d
Who is the Most Overrated Character #

Neutral I think I will have it on neutral until there is a clear winner.

@Mr_Incognito: No, you said the first 4, which I would logically assume would mean Superman, Wonder Woman, Martian Manhunter, and the Flash. Maybe if you were a little more specific with what you were trying to say, this wouldn't happen.

@Pedrof: Just because you exist in a lot of places, does not mean you won't get hit by Mjolnir. If anything, that would just increase the chances of you getting hit. As for the immovable object thing, that is assuming Luke would have an immovable object with him during the fight, which is an entirely different argument in of itself. Plus, just because you are immovable, does not mean you can't get harmed. So, that point is basically irrelevant. As for the speed of Abeloth, that is much slower than a speed which transcends time itself. So, basically Luke does not have any feats that prove he could survive a smack from Mjolnir. Would you like another try?

God_of_Humanity 9 d
Your most Hated Superhero #

Darkseid's Parademon after capturing Superman and taking his DNA and giving to the Parademons. This made the parademons almost make like Superman.

Infinite God One Million No, Infinite God is above literally EVERYTHING including infinity an infinite number of times. This is a total stomp.

I still think the intelligence level is too high. If you lower the intelligence and go with the powers he currently has (a few of the ones you have on the ustat he doesn't have, but could in the future) then I'll assign him to you.
Ak
Akash02 9 d
Marquis Of Death (Earth-807128) vs Darkseid (True Form) #

Vision (House Of Ideas) @R165 Date does not matter. Also spectre came back because superman wished a happy ending with his powers 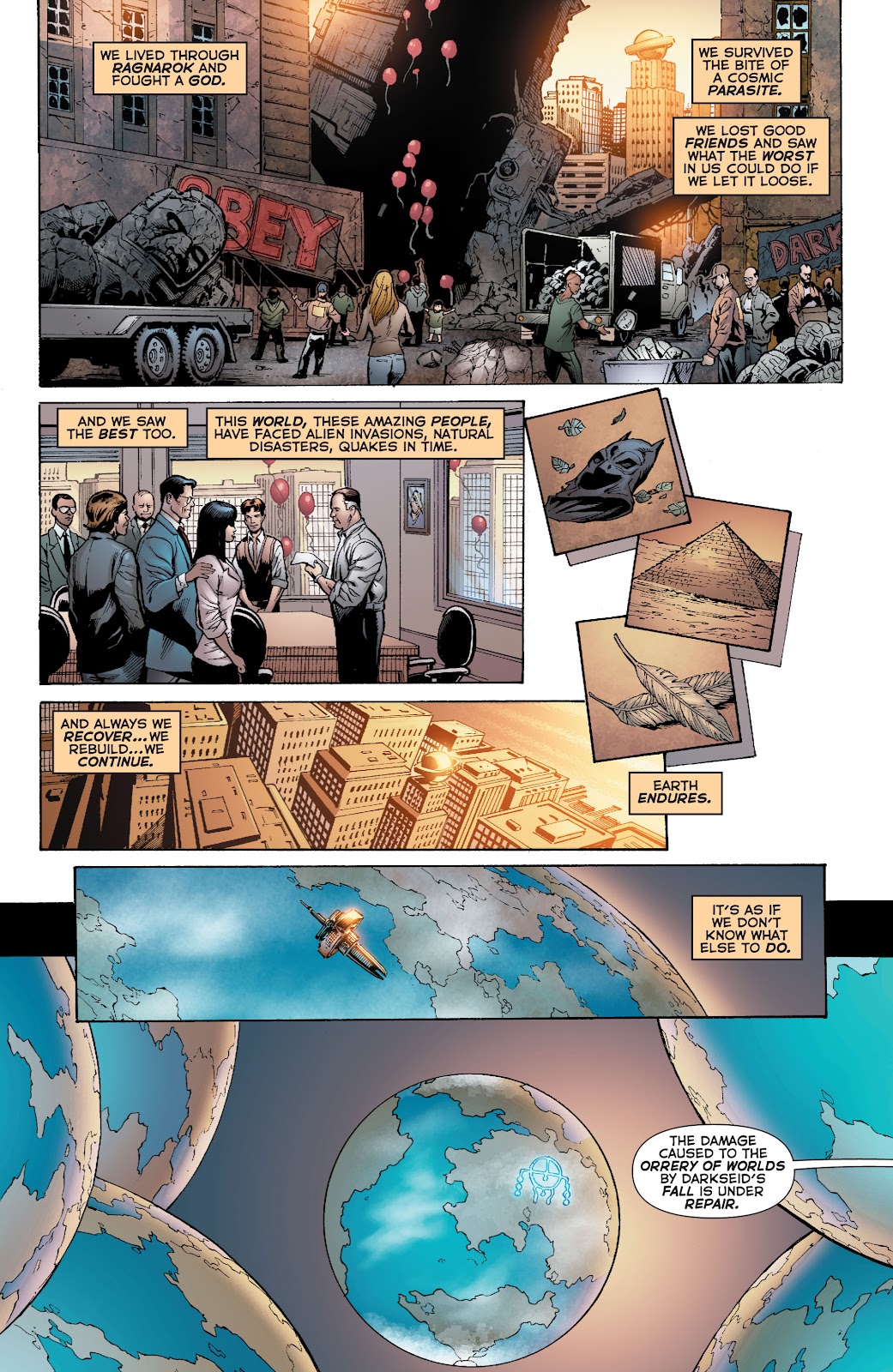 , so indeed presence was killed. Also preence did not gave his powers to ellaine belloc in 2000 run. He did it 2016 arc.