@AkhilPDX It was written on the previous panel when he wrote that he would be eaten by the Werewolf also Jack Kirby has appeared on the comics and played with F4, Grant Morrison was only playing with Animal Man.

@Tigerking2020 I think omnipotence is fine to give because the site doesn't take it's absolute most literal meaning but rather gives it for the top contenders in fiction. Like, the characters who reach incredibly high into boundless.

I thought the other stats were better, plus we should try to keep omnipotence exclusive.

I'm willing to give him omnipotence based on how high he scales into boundless but he's currently locked.

Team The Writer I was so shocked that I almost fainted after seeing Nyx's stats ...

@Tigerking2020 If he was, I'd expect him to be a little more mature or at least a little bit more of his insults.

@AkhilPDX he is not bound by the story but he is just writing himself to get killed.

Team The Writer When you edit Rita Farr?

Jack Kirby didn't get himself killed by his own creation by trapping himself in a story.
Ti
Tigerking2020 28 d
The Writer #

@AkhilPDX why would you have his attitude reflect on the downgrading of some characters on here, he is clearly being serious of what he was trying to prove.

@AkhilPDX Jack Kirby was also just a writer but he got Infinite.

Team The One-Above-All The Writer is fodder and gets solostomped by anyone here. Nyx is enough tbh. No need for TOAA.
@Tahsin @EmptyHand Thoughts?

Only difference with TOAA is... well, he's everything. Everything is part of the process. He has complete authority over all of Marvel and anything that happens is under his control.

With the Writer, nah. I don't think so. He doesn't write everything because he's only one author and nothing signifies that his "true form" is all authors. 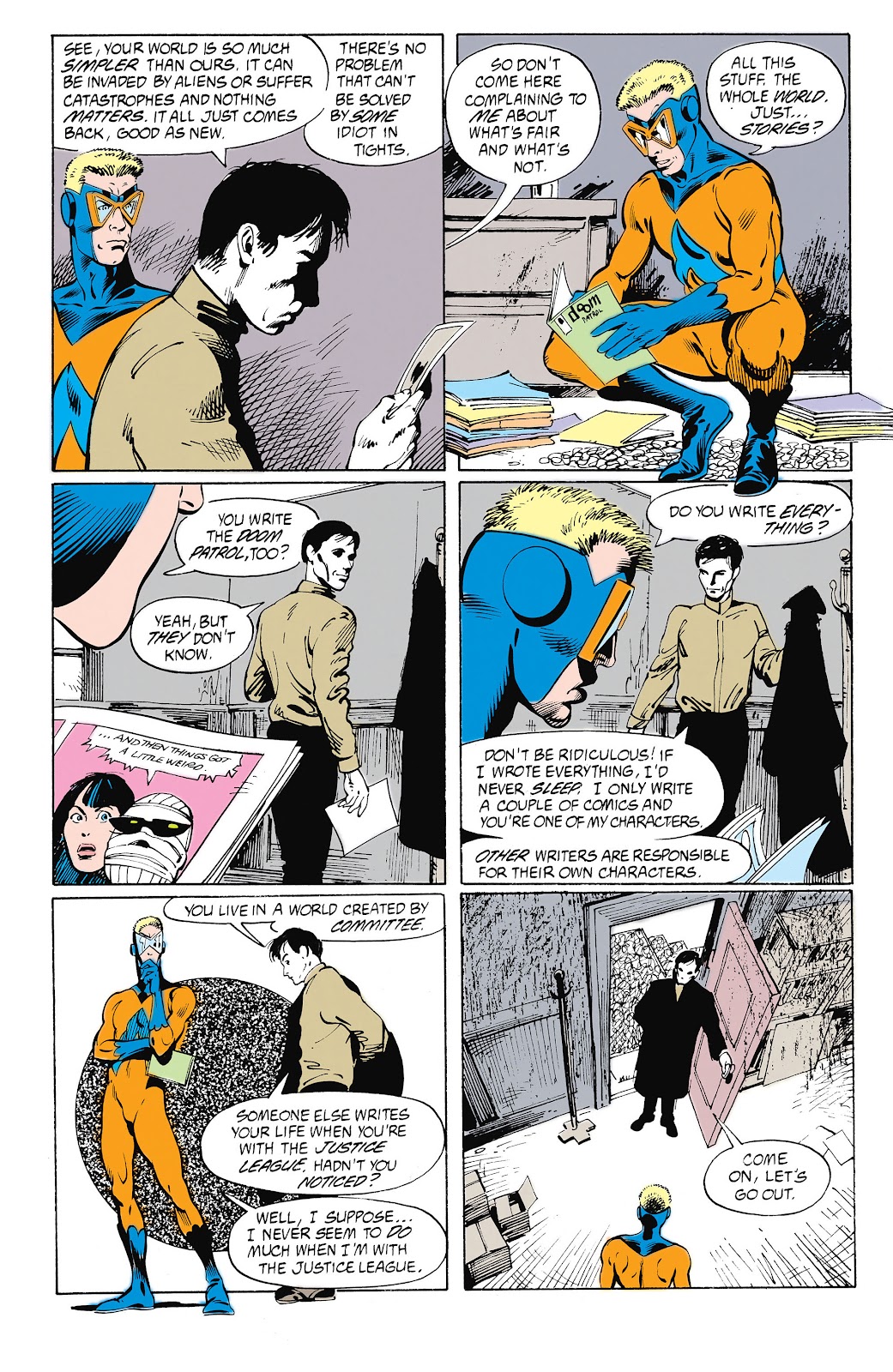 When he wrote himself into continuity, he became bound by it and was under the control of someone else. It's not an avatar of an avatar thing from what this shows. 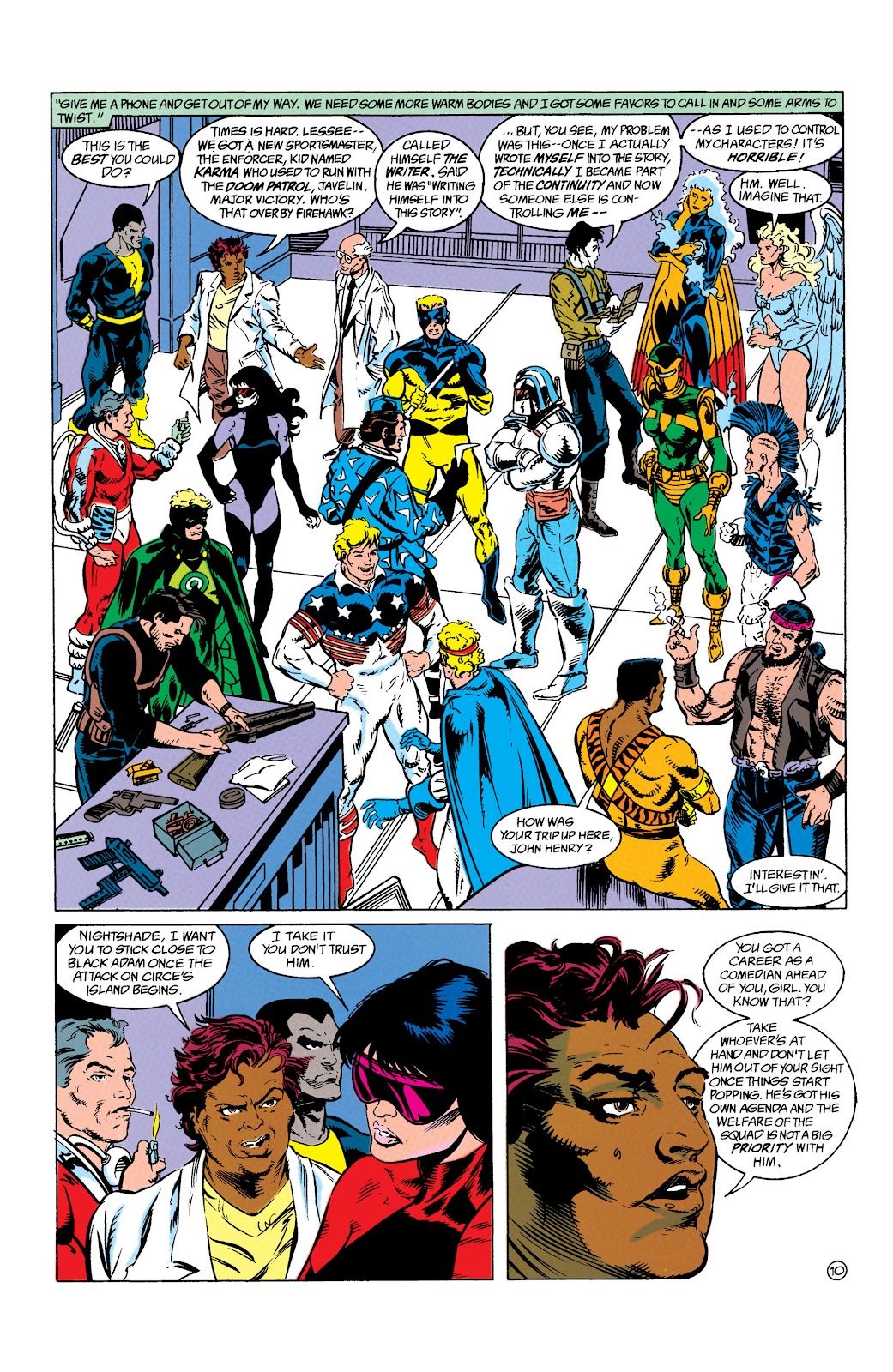 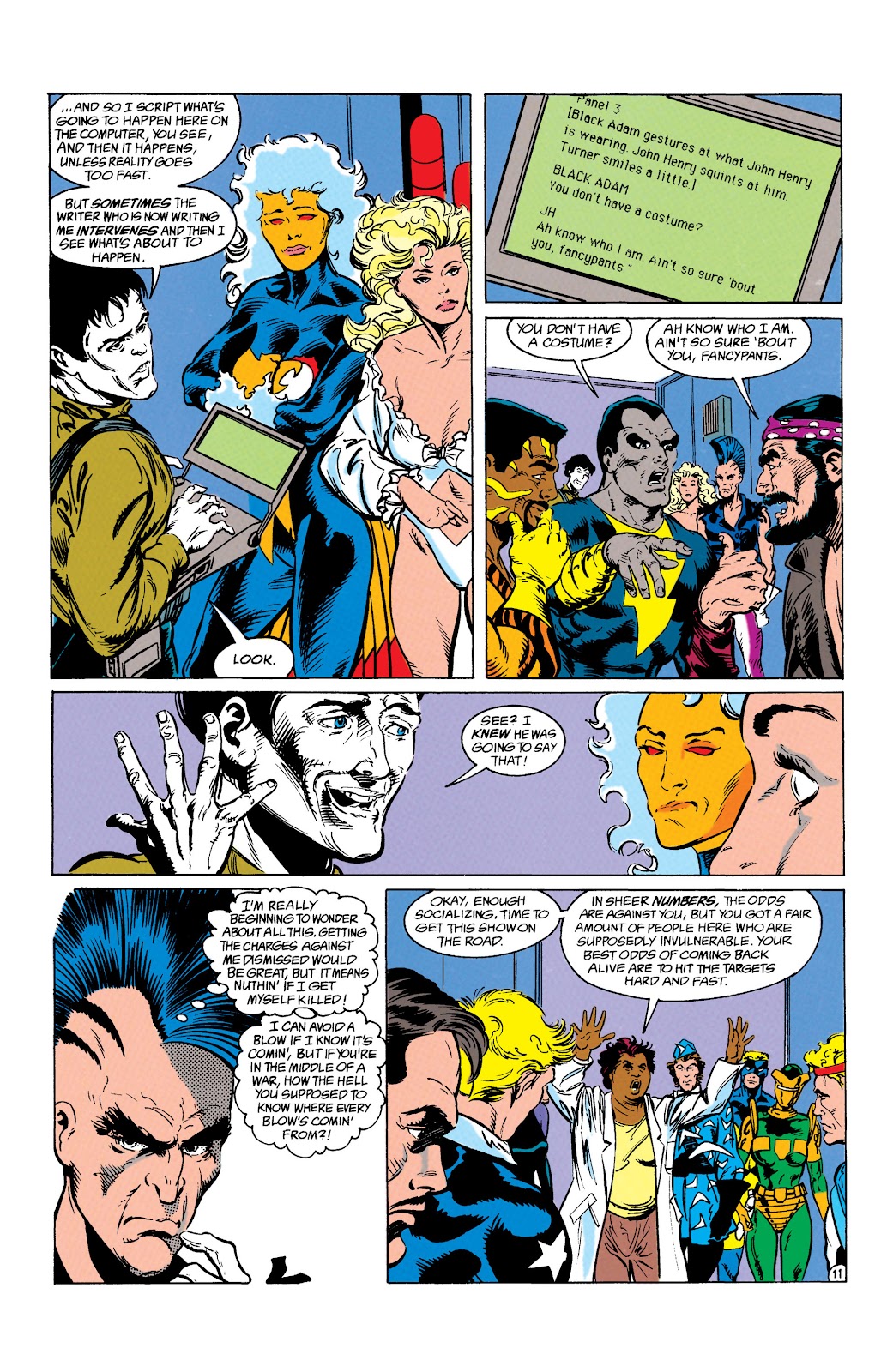 And that's why he died, plus he couldn't write quick enough. 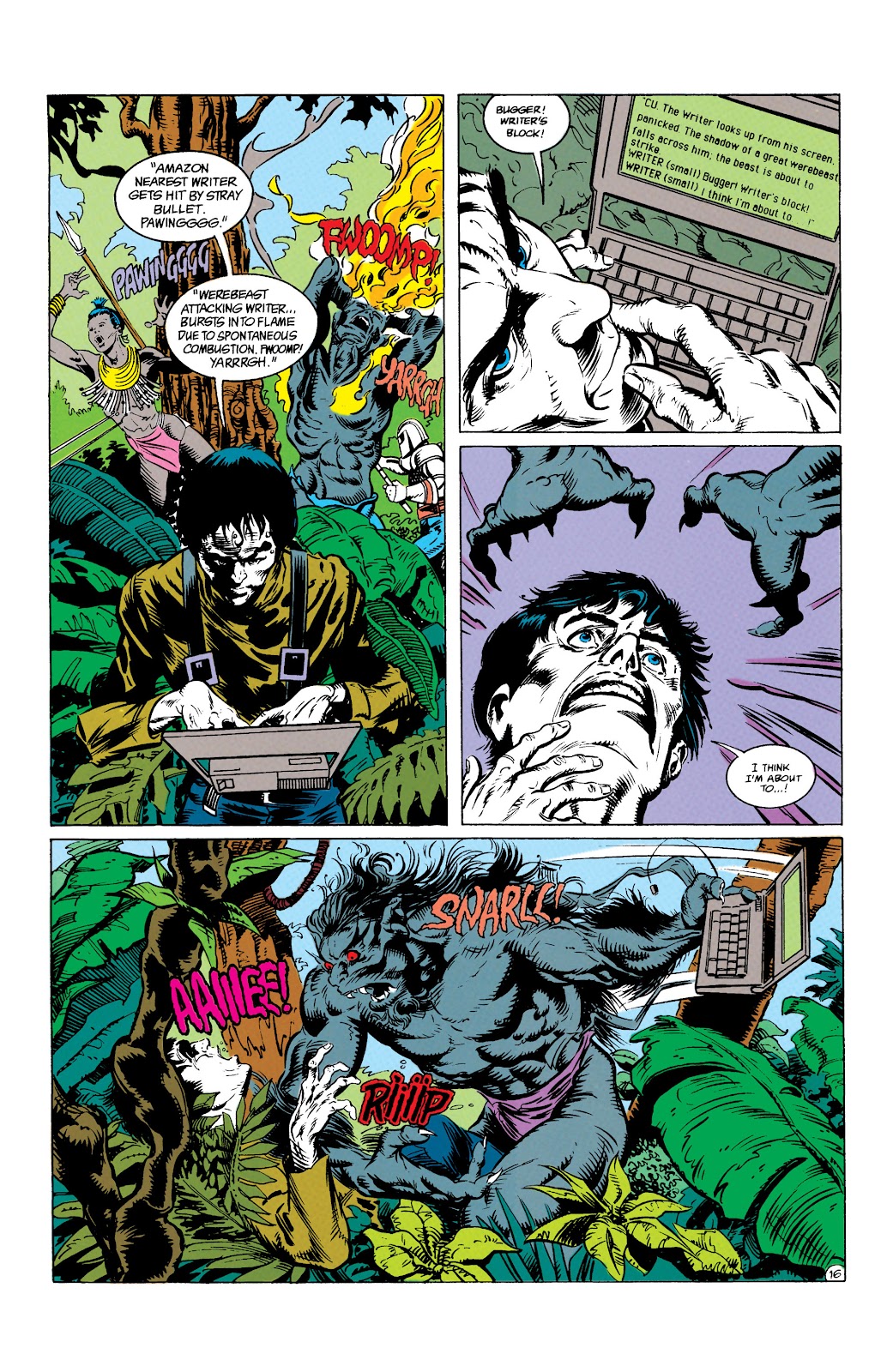 >"It's past time I debunked your ass"
> Proceeds to post links to 6 websites.

If you wanted to so desperately debunk me, I expected better than you posting links to 6 websites.

Also, quite frankly, this attitude of yours is another great reason why some characters you want upgraded don't get upgraded. When it doesn't happen, you go and throw a fit about how people are Marvel fanboys. A great number of profiles edited by you get high stats that they don't deserve and when confronted about it, your reasoning isn't enough. When someone tries to change it, you just go, "I added it to the site." As if that gives you enough to randomly change a profile as you see fit. Plus, if Grant Morrison did show up and told me the Writer is boundless, that would be concerning as writers shouldn't scale but even then, he wrote Animal Man #26 so I doubt he'd say that.
Last edited: 28 d ago.

Team The Writer @Everyone please wake up
Last edited: 28 d ago.

What The Hell about her stats?

Winter Soldier (MCU) Exactly my point...many people argue that US agent did very well against Buck in yesterday's episode. They are saying that Bucky is somewhat weak...but they do forget that this Bucky has not the same personality as Winter Soldier...he is trying to be calm, morals on of course and is very single-minded in a battle...whereas Winter Soldier is purely focused on his target and would do anything to emilinate him. US Agent has broken mind...He wouldn't pose a threat to someone who has decades of experiences
Last edited: 23 d ago.
BL
BLO 28 d
Thor vs Sentry #

Thor @Dhruv lol.just destroying the moon is that impressive to you?sentry needs to hit a planet to shatter it but thor can do that without even touching those planets.the shockwaves of his hits is enough to do that.the full force of mjolnir was compared to the big bang.

@Galactus @Ezio May I please edit this character's name and image? (the name is incorrect and the image is subpar)
https://www.superherodb.com/khrone/10-29080/

Neutral Someone like Elaine Belloc could even shrink Overvoid.

@AkhilPDX to be honest, what is in Limbo is not The Writer but only the avatar.
Ti
Tigerking2020 28 d
Overvoid vs The Writer #

The Writer @Mr_Incognito You should be an editor or admin, that was most amazing and best proof I've seen from someone on here.

The Writer I'm being sarcastic.

Jason Voorhees I didn't say it was easy but this Natasha has enough power to hurt Jason than her basic version.

Jason Voorhees @R615 However, I don't believe it will be extremely easy.

The Writer No character would exist if it weren't for the writer.

not voted Overvoid is the canvas, the Writer is the one who puts the stories on it.

@R165 Akhil is just a marvel fanboy who changes stats without even telling people. If you add a character to the database, expect him to steal the editing rights from you since he doesn't like your stats. Even if GM himself showed up on his doorstep and told him the Writer is Tier 0 he'd still deny it.
Ti
Tigerking2020 28 d
The Writer #

@Mr_Incognito this sums it up very well, amazing job.

Jason Voorhees Natasha was previously a Super Soldier and she was injected with an S3 again which makes her much 2 times stronger than before, I think that's enough to knock Jason on the ground and die.

The Writer The Writer vs the paper... hmm what a hard choice.

The Writer Deluded as always.

You're really making me mad. Both TOAA and The Writer are the writers of their respective verses. The canvas that the Writer draws on is not greater than the Writer themselves. From an interview, GM says

He's talking about how the overvoid was drawn on by the writers against its will. In the Animal Man run you literally see the story progressing based on how the Writer is writing it on his computer. 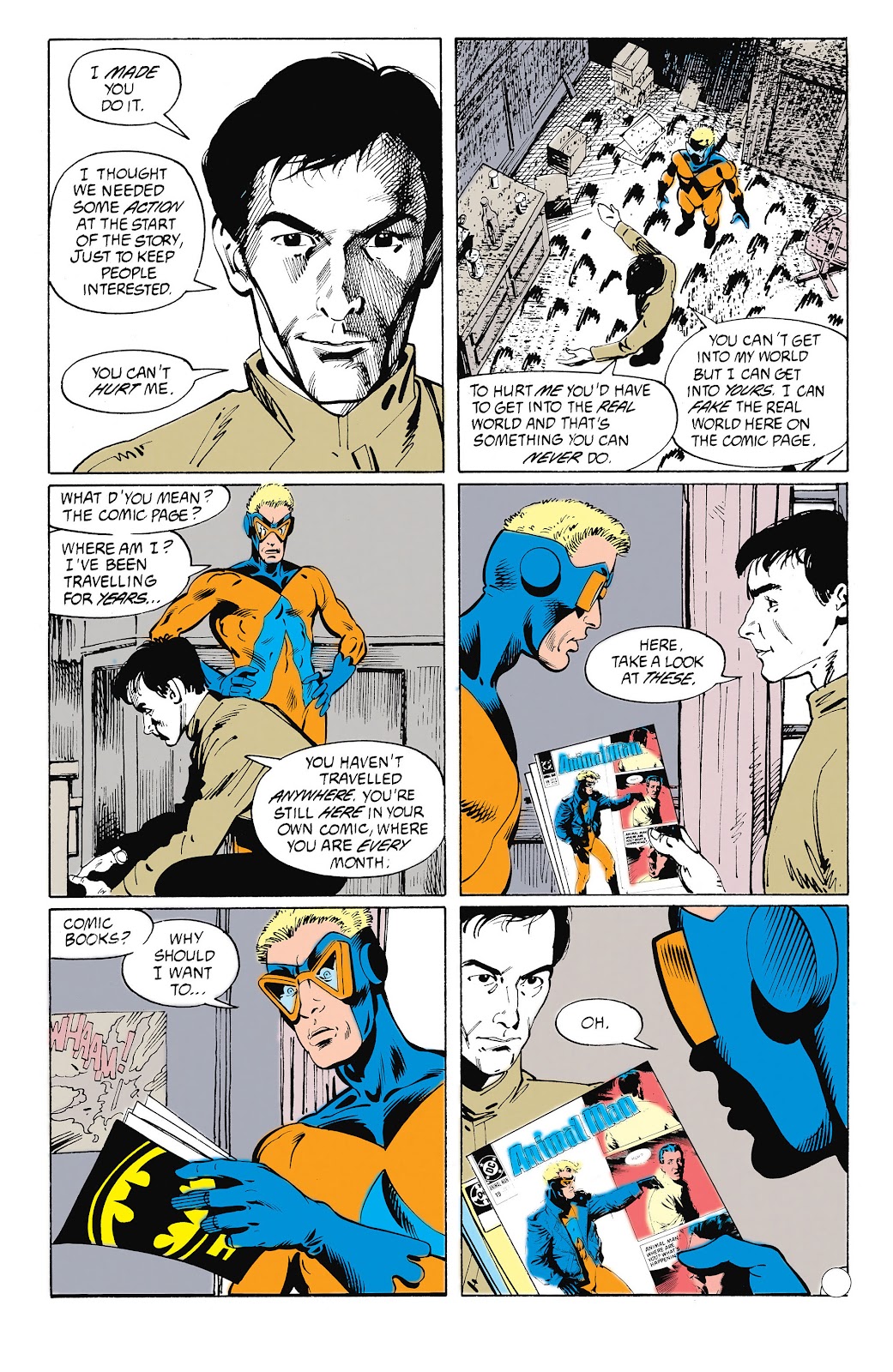 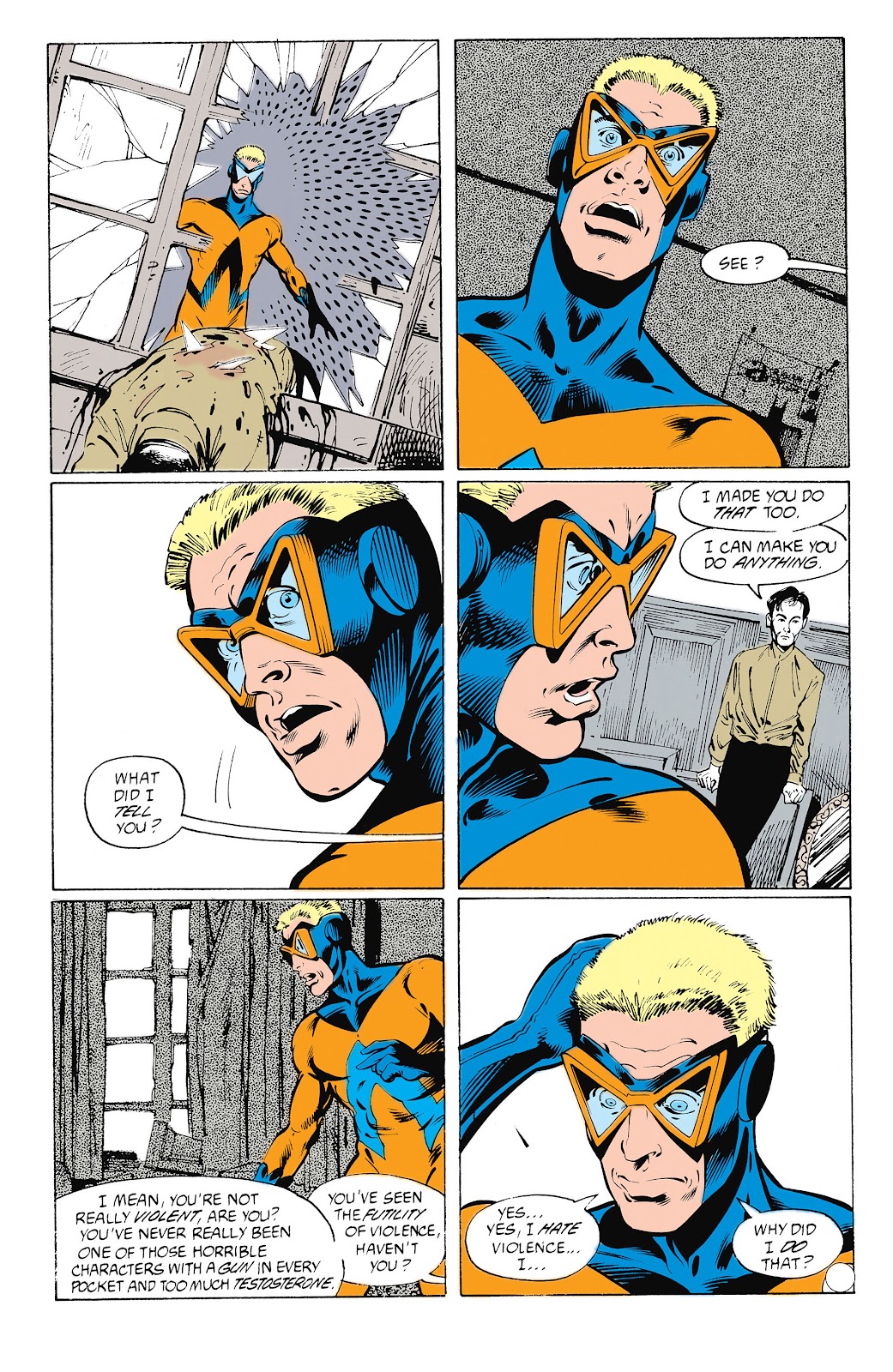 Him "dying" is just part of the story he's writing.

Six websites all agree the Writer is boundless. So please stop trying to find excuses for not changing the stats.

Then do it because he is on the same tier as Overvoid or more or less below but he is proven to have left Overvoid and entered the creation: 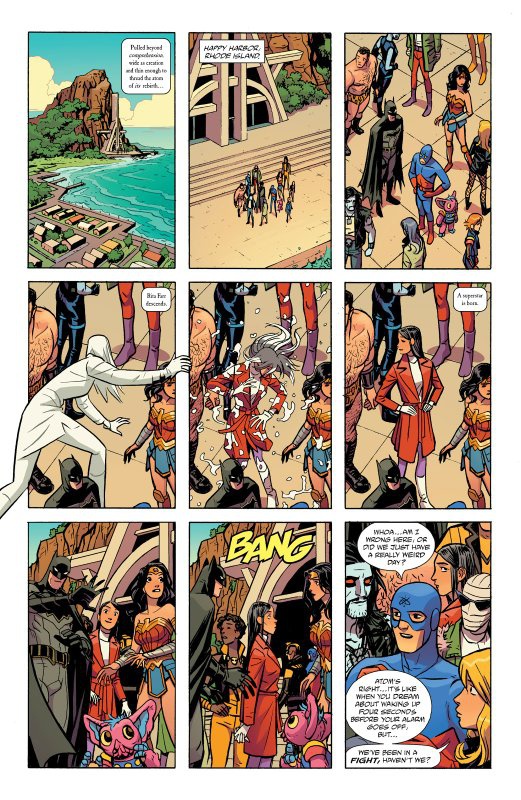 not voted Which version of Spawn?

Neutral Battles between two beings of near boundless status have always confused me. I tried it myself, and I can never justify the battle to one victor.

@AkhilPDX Does only him living in Limbo mean he is a Limbo tier? Someone like Superman who lives on Earth doesn't make him an Earth tier.
Ti
Tigerking2020 28 d
Overvoid vs The Chosen One #

not voted @AkhilPDX what you're saying is basically omnipotence, because if you're omnipotent you have limitless power.