9.4K
Team Eru Iluvatar @Dcm omniversal doesn't exist in fiction. However considering he's a real person its preposterous to think these to could interact.

6.3K
Neutral @Mandos9452 The Writer is omniversal, supreme being of DC comics.

Yeah and I heard that DC wants both Conner Kent and Tim Drake to be a couple.

7.4K
Doomsday (DCEU) @Taurus give me one bit of proof for that statement.

9.4K
Team Eru Iluvatar @Dcm Eru being above the writer easily puts him outerversal+. There are many other ways to support this. Even Some of his creations are far above multiversal.

7.4K
Doomsday (DCEU) EVERYONE THANOS DOES NOT HAVE THE INFINITY GAUNTLET SO JUST EXPLAIN.

6.3K
Neutral @Mandos9452 Yes but Tolkien isn't part of the story. Also Eru's best feat is creating a universe. Oh boy. So has Captain Atom. The Presence, Overvoid, The Writer, Elaine, Lucifer, CAS, Mandrakk are all above multiversal, so Eru is kind of screwed there

9.4K
Team Eru Iluvatar @Dcm I have said this many times. You cannot cross scale verses. Galactus stating to be omnipotent reflects on marvels statements not Tolkien's. Tolkien doesn't to my knowledge (which I'd like to think I'm very knowledgeable on) state things that don't make sense. Whether The writer could beat Eru or not is not even relevant because lotr has a writer as well.

876
The divine source deliberately chose this one A human form entering our (real world), manipulating our reality.

174K
One that I haven't seen anyone say yet is Batman: Endgame.

876
Divine Source Okay. show me his cosmology and what his best feat is.

876
@Starwarsfanboynotbiased Prove to me somewhere other than Discord that Supreme Maker is Omnipotent.

50.6K
Juggernaut Juggernaut Wins Here, Venom has the Same Powers as Spider-Man, and remember Venom is not like Reverse-Flash, and besides Juggernaut can create Loud Soundwaves or Shockwaves (I'm Not sure if Venom has those weakness at this Point) or Create Fire by Destroying Buildings, Juggernauts wins about 9/10

9.4K
Team Eru Iluvatar @Dcm "Dc has the presence, Elaine belloc, the Writer and overvoid. " The writer Is grant Morrison, who literally exists in the real world " I'm not as knowledgeable on these characters as you and others are. However I am aware that both the presence and Elaine belloc are Created beings. So I doubt they'd pose a threat to him. If these characters were to fight I couldn't happen. Because they would only exist in the mind of iluvatar. His mind is endless and he is Infinity bigger than all of creation and its entities in lotr.

Eru quite literally Means the "one" in Tolkien fantasy, And Have and will always Exist. I'm not really Knowledgeable on Overmoniter at all, so if my Statements are incorrect here correct me, however didn't Lucifer merge with him and become one with Overmoniter? In that case eru isn't going to have a hard time with him.

About the writer, well I guess Eru vs the writer doesn't make any Sense comparing the 2. However Eru multiple times was stated to be omnipotent. I quote. "Then the other power took over: The writer of the story(which I do not mean myself, " that one Ever present person who is never absent and never named. So I'd say he is pretty even with the writer. So At minimum he would take Morningstar Along with everybody on team 2 with ease.
Last edited: 3 d ago.

6.3K
Neutral @Mandos9452
DC has The Presence, Elaine Belloc, The Writer and Overvoid.
The Writer is Grant Morrison, who literally exists in the real world

Chijb 3 d
Would you rather "Superhero" edition #

32.1K
Can someone upvote Ryan Butcher from The Boys universe please

Starwarsfanboynotbiased 3 d
The Father Of Shadows #

156
@Monster how are wutzek and FoS the same in stats? make FoS higher

Starwarsfanboynotbiased 3 d
Knull vs The Father Of Shadows (SWL) #

156
The Father Of Shadows (SWL) FoS, he is superior to all the celestials combined includng wutzek who was stated to be able to cast all dimensions and worlds in a net and remake them in his image, wutzek also destroyed 2 abstract concepts who transcend hyperspace and real space by just talking

Starwarsfanboynotbiased 3 d
Knull vs The Father Of Shadows (SWL) #

3.2K
The One-Above-All Hey voidstone what do you think who wins

1.1K
Primordial Source No primordial has much better Feats and cosmology

21.8K
Neutral It depends if Beyonder is drunk or not 😂

1K
Divine Source IMAO, So the presence was not absolute in It own Realm? this means TOAA> Presence. the divine source takes the victory here.

891
Superman That's cool to know...even though I didn't ask,I wanted to post pics as well..thanks

876
Divine Source The divine source accepts it here easily because
Lucifer confirmed. The Void, also known as Nothing, is beyond the reach of Presence, as So, the Presence is absolute, not even in his Realm! 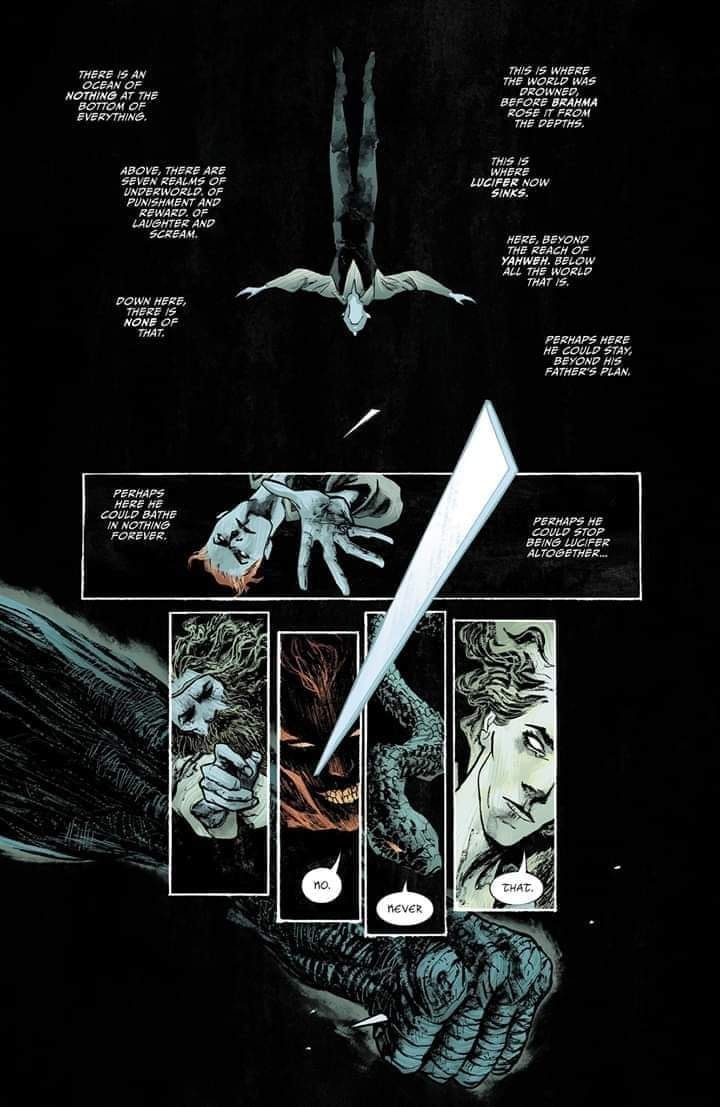 While The divine source is too difficult to understand a being, it simply stands fundamentally beyond all imagination and logic. but is mostly immune to the laws of reality, but is also able to control and bend them at will, it affects every Fictional continuum, constantly rising to the higher layers of hierarchical plot stacks, superseding realities Of every universe of work of art. In addition, he stands above all the power that writers have over their Comics in the (real world)

891
Superman Stats actually do lie... Thanos is awesome but he would get killed pretty fatts if Superman didn't hold back...that's how powerful Superman is .I like Thanos more but I have zero be real here