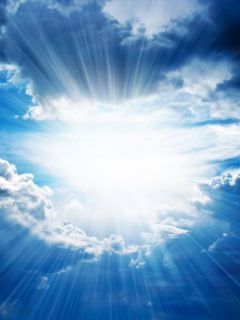 Enduino's primary power is his matter manipulation powers. These have no known limit except they have been nullified by Gorgon, Infinity, and beings who are above him in power. Enduino has been able to create or manipulate anything made out of atoms. He has turned entire planets into dust, multiple dimensions into gold and diamond, and has even been able to create a universe with little effort. He has turned people into stone, transformed many people into dust and turned the dust into a black-hole. Enduino has also been able to use this matter manipulation to scatter himself across the multiverse and generally doesn't have a physical form, but he has created a physical form for himself. He can use this to create working machines, and anything he wants to. He has even turned a star the same size as the sun into M and M's and flooded another planet with them. He can even turn anything into quicksand, honey, or milk. He has turned a child into a stuffed animal. He has turned a sniper rifle into a bunch of venomous snakes which killed the sniper.

Enduino doesn't have a physical form although he has created himself a couple forms over time. When he doesn't have a form, he cannot be hurt by anything but he can lash out attacks. However, certain people such as Gorgon have been able to force himself to come into a form and then harm him. However, he is still invulnerable when he wants and bullets have turned into flowers, diamonds, and even disintegrated when they hit him. He can only be harmed in physical form by heavenly or divine weapons and even then, he can still transform them into something harmless.

Enduino can speak with anyone he chooses telepathically if necessary. He is also immune to telepathic attacks. He can read minds across dimensions. Enduino also has telekinesis and can move opponents at will against the laws of physics.

Enduino can manipulate reality and erase opponents from existence, bring back the dead, and even manipulate souls to some extent. He isn't the top their reality manipulator and there have been better ones than Enduino. Enduino has shown some resistance to reality manipulation and has even turned 2D, 3D.