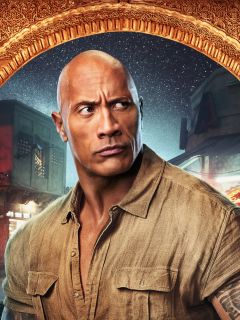 Dr. Xander "Smolder" Bravestone is one of the five selectable playable characters in the video game version of "JUMANJI". In "Welcome to the Jungle", he was the chosen avatar of Spencer Gilpin. In "The Next Level", he was initially given to Spencer's grandfather Eddie Gilpin, instead of Spencer, but soon regained his former avatar.

When he was a boy, Xander's parents were murdered by the dastardly Jurgen the Brutal. Within the world of "JUMANJI", Bravestone is an international explorer and famed archaeologist, well known in both the realm of "JUMANJI", and across the seven continents for his courageous exploits. After he saved Franklin "Mouse" Finbar's life from a warlord in Peru, he has never left Dr. Bravestone's side. He was also a former colleague of Professor Van Pelt. During the Jaguar Shine Adventure, after receiving a letter from the field guide Nigel Billingsley, he arrived in "JUMANJI" with his companions to answer the call for aid to lift the curse. When Jurgen the Brutal returned to steal the Falcon Jewel, Nigel sent Dr. Bravestone a new letter to call for help, so that he and his crew would return to complete the Mountain Fortress Adventure and save the land of "JUMANJI", once again.

His symbol on the player select screen is a compass, reflecting his role as an archaeologist, explorer, and adventurer.