Name your list and how you would fix them.

Powergirl Doesn't have an accurate origin story to be honest with you guys around here.
Last edited: 1 y 2 mo 15 d ago. 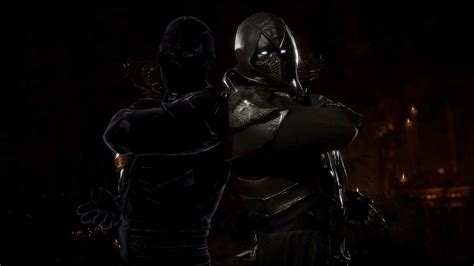 Bi Han was beating gods back when he was Sub-Zero. He was (to my knowledge) the only person who consistently could. Coming back as a spectre should have made him better like it did Scorpion.

Kung Lao lost to Scorpion who struggled against Bi Han. Yet somehow he beats Noob.
Losing to Kuai Liang is stupid. Bi Han was the best the Lin Kuai had to offer. That included Kuai Liang as Tundra.
NightWolf BFR'd him.
Losing to Jax was absolute BS. Plain and simple.
Fujin was about to be closed up in the portal but somehow (plot armour) he escapes. Then Fujin lies about his loss to Bi Han as Sub-Zero.

I want to see Bi Han get a good few noticeable wins as Noob Saibot. And also an explanation as to why he's been so trash since becoming a wraith.
show 2 replies

18.1K
Never agreed so much with a statement in my life.

2.8K
Yeah only thing about MK that bothers me consistently there really bad on being consistent power wise

Martian Manhunter, he is always playing second fiddle too Superman despite the fact he is just as or even more powerful than the Man of Steel.
show 1 reply

2.8K
Agreed I would put him above Superman

205K
Goten and Trunks from Dragon Ball. Post Buu-saga they never did anything important, and they didn't even fight except as Gotenks, in which the fusion was godstomped both times (Beerus and Copy-Vegeta). They're like 13 and they don't even look different from when they were 7. As hybrid Saiyans their potential is massive, as shown with Future Trunks's Super Saiyan Rage and Goten going Super Saiyan at around age 5. They've been sidelined for all of Super. At least have them reach Super Saiyan 2!
show 1 reply

To be fair as far as their looks, Super starts off only 6 months after the Buu arc, so Trunk is maybe 9 then. And Goku didn't really hit a growth spurt until after he hit 14.

But yes, I agree the pair need a chance to grow and contribute, even if it is just taking down some minions or something.
Last edited: 1 y 2 mo 21 d ago.

53.5K
Reverse-Flash, Thawne is Never a Member of The Legion of Doom in the Comics, and I’m like Why, Usually Captain Cold is a member of the of the Legion in the comics and I’m like how is Cold gonna work with guys like Joker

581K
Doomsday in the DCEU. Nothing about him seemed right except the raw power he has.
show 1 reply

95K
True. He was introduced to early and had no impact.

581K
Finn from Star Wars sequels. They should've made him the Jedi, not Rey. A stormtrooper turned Jedi is way more interesting than another person from a sand planet.
show 1 reply

5.4K
Finn from the Star Wars sequels no explanation needed

95K
For me its got to be Doomsday. He was so badass and able to beat the Justice League and even killed a full powered non holding back Superman. But he has been cast aside and is usually beaten by Superman now. Even tough he should be way more powerfull then charachters like Darkseid.
Last edited: 1 y 2 mo 21 d ago.
show 2 replies

95K
He should be more of a threat.

11.7K
Saitama
Keep training and get an astronaut helmet when fighting Goku