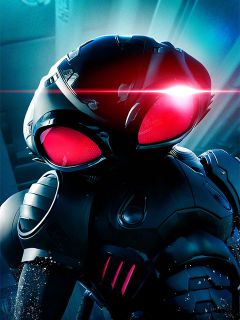 David Kane was a pirate like his father, Jesse Kane, and at some point in time, he learned about Aquaman and wanted to encounter him. Their gang took over a submarine, and as they were celebrating their apparent victory, Jesse presented him with a special knife; initially, he scoffed at it, calling it a piece of junk, and the love of "[his father's] life"; but when Jesse told him about how it belonged to his grandfather, who fought in World War II as one of the Navy's first "frogmen" (code-named "Manta" for his stealthiness), he immediately changed his mind, and accepted the blade. Suddenly, they were interrupted by Arthur Curry, known as Aquaman. David proclaimed that he expected to eventually face the Aquaman but was quickly defeated the Atlantean. Aquaman deflected a rocket from Jesse, that caused a torpedo to topple over him, trapping him as the submarine became flooded. David begged Aquaman for help but was told that they kill innocents and should not expect mercy from the ocean. David tried to save his father, but his father committed suicide by using a hand grenade. David was forced to flee and started to bear a deep grudge against Aquaman.