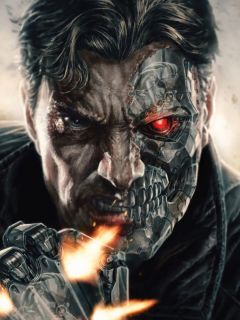 Beilert Valance was a human male bounty hunter. Born into slavery on Chorin, Valance became a miner like his father before him. He later left his homeworld and joined the Galactic Empire, who gave him the designation of Cadet 404-913.

Valance served alongside Han Solo as a cadet at Carida Academy, the Imperial Naval Academy on the planet Carida. He was involved in at least two altercations with Solo, and both ended up crashing during an exercise due to their conflict. While covering bombers during a battle on Qhulosk, Valance was shot down, leaving him with several permanent injuries. After being rescued by his fellow cadets, Valance enlisted for the infantry and was deployed to Mimban, where he was severely injured in the ensuing battle. The Empire repaired Valance's body with extensive cybernetics, but he was discharged from service. Valance became a bounty hunter after failing to protect his homeworld from raiders. He was mentored by Nakano Lash, who betrayed him during a mission on Corellia. Valance later resorted to breaking the Bounty Hunter Code by stealing bounties from other hunters.

The Hidden Hand crime syndicate eventually tracked down and hired Valance to hunt down Darth Vader. Leading the team of bounty hunters, which included Dengar, Chio Fain, Honnah, and Urrr'k, Valance eventually faced Vader on Heva, but most of his team was killed by Vader, and the cyborg himself was betrayed by Dengar. After capturing him, Vader offered to leave the bounty hunter alive if he worked with the Empire to destroy the Hidden Hand. Valance, however, made a deal with a group of Rebel Alliance operatives. After leading the Empire to the Hidden Hand's main base, Valance escaped, using his payment for the initial job to purchase weapons for the Rebellion, in exchange for the rebels rescuing his people from Chorin.

Valance later took on a job from his old friend Han Solo, who had become a rebel, which involved delivering the engineer Vharn and the schematics for a shield generator to the Rebellion. During the mission, he killed Vharn after learning of his treachery. After delivering the schematics to the Rebellion personally, he requested that they spend half the credits to ransom Vharn's family.

Around 3 ABY, Lash resurfaced with a bounty on her head, attracting the attention of several bounty hunters. When Valance learned about Lash's resurgence, he began tracking her down. He followed Lash's coordinates to the planet Galmerah, where he engaged in a fight with the bounty hunter Bossk.