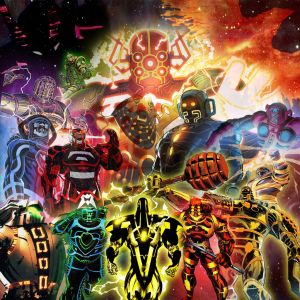 These are the 50 latest comments made by Alien_X

Alien_X 19 h 51 m
Team Iron Man vs Team Hyperion #
Team Hyperion 1: I guess both could be possible.
2: Yes, but still. Immortal Hulk also damaged the Challenger, an Elder of the Universe, superior to even the Grandmaster.

Alien_X 1 d
Team Iron Man vs Team Hyperion #
Team Hyperion 1: The "I came to hear you scream" didn't mean "I want you to go all out", it meant "I want to see you in pain".
2: Still, withstanding any blow from Immortal Hulk is pretty incredible, as he fractured Thor's skull and ripped apart the Hulkbuster casually. Alien_X 2 d
Team Iron Man vs Team Hyperion #
Team Hyperion 1: We never saw it, so the possibility that WWH tanked it is only an assumption.
2: What about Black Panther's suit? That can withstand hits from Hulk as well, and that's not proto-adamantium.

Alien_X 4 d
Warlock vs Sentry #
Warlock He doesn't even need the soul stone.

Alien_X 5 d
Wolverine vs Deathstroke & Daredevil #
Deathstroke & Daredevil No, they could take many hits. Not only do they both have reflexes on par with Wolverine's, Deathstroke has a healing factor too, and Daredevil has his fair share of durability/pain tolerance feats too, like tanking hits from Hulk, falling off multiple stories onto a car, withstands being getting burnt alive by Typhoid (same thing severely injured Jessica Jones, a low level superhuman), getting electrocuted by Wakandan weaponry but continues fighting and takes out several Wakandan warriors, withstanding Pyro's flames, tanking direct hits from Electro, and more, as well as his feat of pulling out Wolverine's claws as shown.
1: One of Deathstroke's big advantages is adaptation and taking down opponents smartly. And while he shouldn't have carbonadium, he does have several other powerful weapons including (but not limited to) a titanium power staff, Ikon armor, and a promethium sword.
2: Deathstroke has Ikon armor (which can take hits from Superman) and a good healing factor, which (though not as good as Wolverine's) should allow him to survive. Deathstroke also has exceptional reaction time too, as he was able to mortally injure Wally West. Also, while poison wouldn't kill Wolverine, it could incapacitate him.
3: You overrate Wolverine way too much if you think he can defeat Deathstroke in three seconds. Deathstroke could pin him to the bottom of a body of water with his devices and/or blades and other weapons. And as said before, Deathstroke would last pretty long. Also as said before, one of Deathstroke's main abilities is the ability to adapt. He is willing to test theories, so he might come up with the idea of drowning Wolverine sooner or later.
Last edited: 5 d ago.

Alien_X 5 d
Alien_X #
It's [img] [ /img] without spaces around the image url.
Also, you can click on the "Help" button next to "Add comment" for some more stuff.

Daredevil pulls Wolverine's claws out after being impaled and proceeds to throw Wolverine away:

In conclusion, Daredevil can hold his own against Wolverine pretty well.
Also, read the first three here:
https://www.quora.com/Who-would-win-Wolverine-or-Deathstroke

Alien_X 5 d
Cosmic King Thor vs Warlock #
Cosmic King Thor That might be true, but look at the description in the "Equipment" tab of his profile. "Warlock formerly possessed the Soul Gem". FORMERLY, which means he no longer possesses it. But I agree that there's a chance he does have the stone. But there are several pictures of Adam Warlock without the stone: 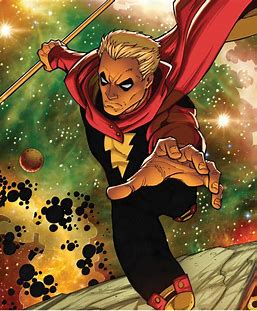 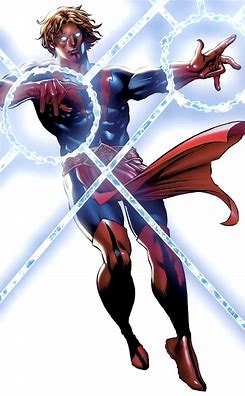 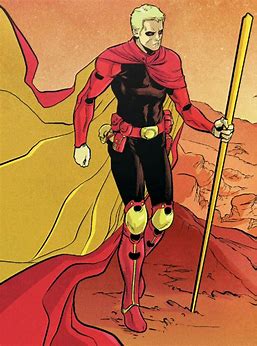 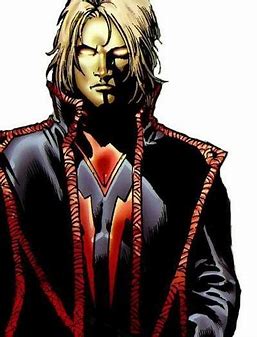 Alien_X 6 d
Vegeta (Super Saiyan Blue Evolved) vs Thor #
Thor Okay.
Vegeta's greatest feat is defeating Toppo, who is weaker than Beerus, someone around multiversal level. That puts Vegeta at low multiversal.
However, Thor has several multiversal feats. This sums up some of his feats pretty well: https://www.quora.com/What-is-the-most-impressive-feat-of-Thor
In conclusion, while this would surely be a hard fight, Thor would come out on top.

Alien_X 8 d
Team Iron Man vs Team Hyperion #
Team Hyperion 1: #2 and #4 on the list still give a pretty good example of what might happen. Also, what about the other feats? Also, another site: https://www.quora.com/How-powerful-is-black-bolts-voice
2: What I got from your scans is that Adamantium is just sharp enough to cut through Vibranium, but overall it's not as durable.

Alien_X 9 d
Team Iron Man vs Team Hyperion #
Team Hyperion https://www.cbr.com/black-bolt-voice-cracked-a-planet/#:~:text=Black%20Bolt%20and%20the%20Inhumans%20--%20their%20entire,out%20by%20a%20whisper%20from%20the%20Inhuman%20King.
And when was Adamantium said to be stronger than Vibranium?
By IH do you mean Immortal Hulk?

Alien_X 9 d
Top 5 Users You Most Respect #
Thanks!

Alien_X 9 d
Top 5 Users You Most Respect #
Thanks so much!

Alien_X 9 d
Top 5 Friends on Superherodb #
I don't hate anyone here, just disagree with some of them. Also, you spelled @Mr_Incognito wrong.
@Taurus what Toothless battles?

Alien_X 10 d
Cosmic King Thor vs Warlock #
Cosmic King Thor The Odin Force and Power Cosmic are nearly endless sources of power that gift incredible powers. With those two, Thor is basically Odin and Silver Surfer combined.
Even if Adam Warlock found ways to stop Eternity, the Black Winter is a being that can destroy multiple universes.

Alien_X 11 d
Team Agent 47 vs Team John Wick #
Team John Wick I'm really not sure about this one. Team 2, probably because of John Wick and Indiana Jones, but barely.

Alien_X 11 d
Team Jason Voorhees vs Team Freddy Krueger #
Team Freddy Krueger Pretty much the same as @Taurus. This is a pretty good fight that could go either way and I pretty much went random. If there is a reason, it would be because Krueger gives a slight edge for team 2. But again, hard fight.

Alien_X 11 d
Cosmic King Thor vs Warlock #
Cosmic King Thor Thor has a wide range of powers himself (Odin Force + Power Cosmic + Himself, as said before). Thor might be able to "kill" Warlock before he uses reality warping or fate manipulation (similar to his Galactus feat).
CKT has been shown to be able to hold off multiversal cosmic beings such as the Black Winter, who outclass Warlock. He should be able to win this.

Alien_X 11 d
Team Iron Man vs Team Hyperion #
Team Hyperion I agree with Sentry not being able to be defeated by a whisper, but Black Bolt can simply speak louder. Can the Sentry withstand Black Bolt's scream?
Even if Cap reflects it (I know he's fast, but is he "dodge attacks the speed of sound" fast?), Black Bolt can simply tank or dodge his own reflected attack.
Captain America manages to win those fights against Hulk via plot armor (similar to how Batman beats Superman), and while I agree Captain America is a master tactician, so is Black Bolt, though not to the same degree. I don't see Cap coming out on top or even fazing Black Bolt.

Alien_X 11 d
Team Blue Marvel vs Team Superman #
Team Superman I know Sentry's the most powerful one here, but he can't carry the whole team. And while Gladiator certainly is a force to be reckoned with, I don't think he's quite on the level of Superman.
My comparison of the people here:
Sentry > Black Adam >= Superman >= Shazam > Gladiator > Zod > Blue Marvel > Hyperion

Alien_X 12 d
Cosmic King Thor vs Warlock #
Cosmic King Thor While that may be true, more powers doesn't mean more chance of winnings.
Take Hulk for example. His main powers are strength, speed, and regeneration. Yet he can take on people with a far wider range of powers, like Thor, Sentry, Ghost Rider, Silver Surfer, Thanos, etc.

Alien_X 12 d
Team Iron Man vs Team Hyperion #
Team Hyperion He makes the counters due to his understanding of how destructive the Hulk could be.
The Beyonder doesn't have infinite power.
1: TOAA is above him.
2: He has been against beings that (he thought) could possibly kill him.
So should we really take his word for that statement?

Team With No Name wins!

Rey Palpatine (Power Of All The Jedi) & Kylo Ren win!

Splinter (Rise Of The TMNT)