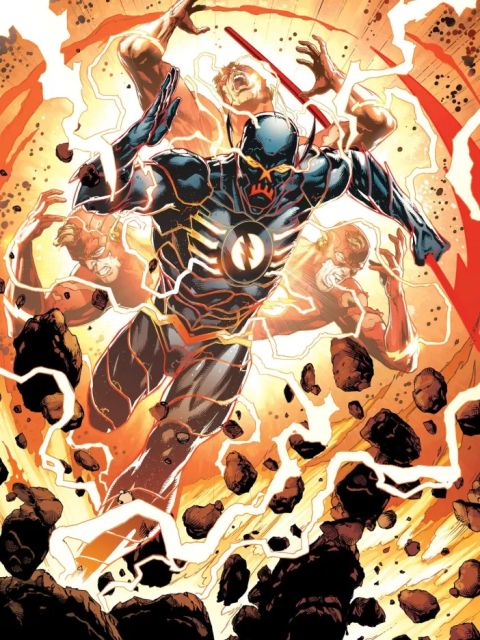 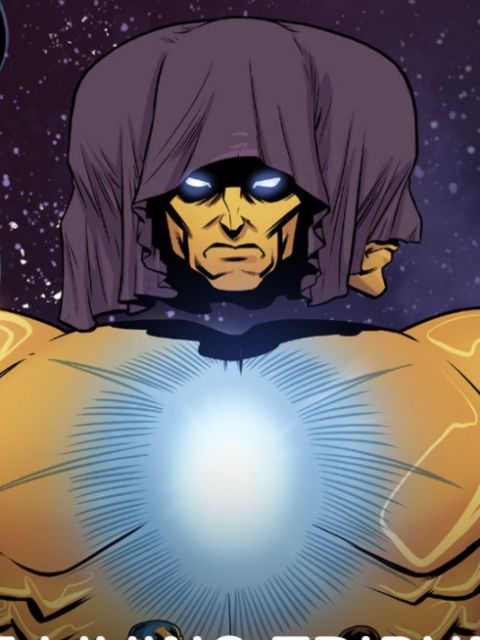 Black Racer I am genuinely dissapointed

Black racer one shot darkseid (this darkseid in the comic appeared on apokolips therefor the true form of darkseid) true form darkseid is the platonic archetypal concept of evil, black racer is the concept of death itself, considering that black racer could one shot the concept of evil itself is interesting, now you might bring up how he got out runned by Wally west, inconsistent however with him on another occasion out running Barry Allen and Wally west, did you know that on random occasions darkseid has appeared in marvel? Everywhere he exists in he's the cause of evil, another being who's a Platonic concept that existed in marvel is death of the endless, and we don't know whos the stronger Platonic concept right? Most likely death, some say black racer is an AVATAR of death other say that they're both just serperate Representations of death and are equal, and the darkseid scaling proves that, so keep in mind living tribunal died to the hands of the beyonders, meaning death has a claim on the tribunal, so black racer wins
Last edited: 1 y 7 mo 15 h 24 m ago.
show 3 replies

Black Racer He was shown too, so... @Tyrannus

Black Racer @everyone c'mon Debate me while I play devil's advocate

The Living Tribunal Bro wtf is that

Black Racer Anyone care to debate me?
show 16 replies

The Living Tribunal Yeah, the LT transcends death. The LT goes beyond all that and has to be in order to keep control over everything.

The Living Tribunal Death of the Endless> living tribunal tough

The Living Tribunal Death cannot be above someone who is beyond the reach of death. Also this is the Black Racer. He's just an avatar of death

The Living Tribunal Death can claim everyone Michael got claimed Michael > living tribunal also the Livinh tribunal died before death is omniversal she appeared in marvel
Last edited: 1 y 7 mo 1 d ago.

The Living Tribunal There has to be a cause for LT to be claimed then. BR can't do that himself So he's not above the concept of death, he only came back because Adam warlock took his place in infinity finale, as the new tribunal 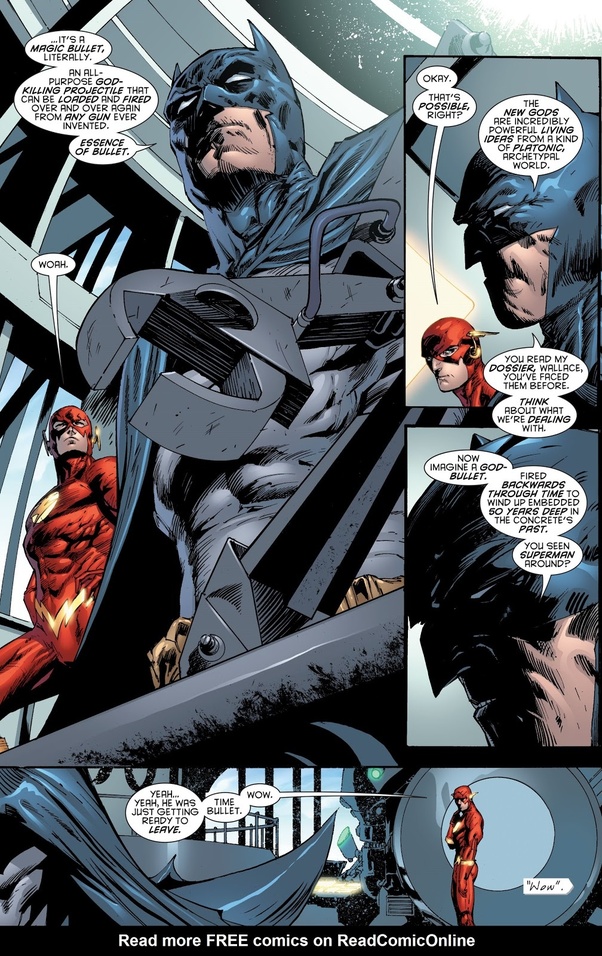 And darkseid has appeared in marvel before, twice, wherever darkseid exists in, he is the very concept of evil itself, this video explained it farely well, i can't find the scans off the top of my head but hear it is:


Darkseid also appeared in marvel similar to death of the endless, and black racer is superior to darkseid
Last edited: 1 y 7 mo 15 h 51 s ago.

Black Racer She is death, another way of saying she is the very concept of death itself, what's your point, I shown how you can't fully decides who's the true concept of death, and that either are above tribunal

The Living Tribunal wrong she is no concept she is death death of the Endless is a concept, the idea of Death. In a technical sense she exists in this world if any living thing exists in any world she exists, as she in a technical sense is just a personification for us to tell a story to defeat her one would need to destroy themselve even omnipotent beings as they are in a alive

Black Racer That is a ton of w*nk and name fallacies in 1 comment, the endless are concepts that are the living ideas of each concept they're named after, Omnipotent beings aren't alive or dead they are unbound to all ideas/concepts, being the exact concept of one thing is the same exact thing as BEING that thing, you don't understand conceptualization, if anything is good, then darkseid exists since all beings are technically "good" and darkseid is evil itself, none of them can beat Omnipotent beings since they are beyond all logic science and imagination, no idea or concept has any effect over it, otherwise it's not a concept, the endless have been created by the presence as a means of conceptualizing each and every thing they're named after, think of it as planes of reality, all of us are bound to what the endless Represent, we all have our destinies we all die, but beings from higher planes of existence might be bound to concepts we can't imagine, considering the 7 concepts that bind us together have no effect over them, god can erase destiny of the endless, people won't have destinies anymore, but god will, think about it, since it's a concept that we can't imagine if destiny of the endless is gone, but god can imagine it, think about death of the endless, if she didn't exist, everything is eternal, but beings can die since god allows them too, but say someone mentioned the word "death" to us when the concept of death is gone, we wouldn't have any idea what that is, and the endless are like that, just bound to Fiction, Marvel and DC rather, so the writer can erase them from existence and DC and marvel won't exist, but us (beings from a higher plane of existence) are bound to them, so we can do stuff beyond they're imagination
Last edited: 1 y 7 mo 13 h 30 m ago.

Black Racer I explained how because evil and death are their own concepts, the fact black racer could absolutely one shot the very concept of evil and end the battle between Antimonitor and Darkseid just like that, shows how he scales above darkseid who's most likely basically a lower tier endless, so who knows who the true concept was, the only reason evil still existed is that darkseid was revived, but that shows that black racer (the concept of Death itself) is beyond the concept of evil, like the endless, so we don't know who is the true living idea of death itself, so either one would have a claim on TLT, and be above him

The Living Tribunal except the one above all is the all the writers in one the writers can die so he can die Death of the endless is no concept she is dead writer is above the presence and he can die Your mixing irl god and fictional gods fictional gods are bound by many things
Last edited: 1 y 7 mo 11 h 29 m ago.

Black Racer What the f*ck is that argument, you can't die to your own Creation, the presence is not bound by the 7 concepts he created, Fictional gods are not bound to anything within the verse they created, the endless have no sway at all over the writer, they can die but that means they're below a higher extent of death than the fictional variation of death, the writer is in a higher plane of existence, if he dies, he's below real life death, death of the endless has now sway over the real world, the real life statement "she Represents death in the real world" just means she is a fictional Representation of death in the real world, you can't get claimed by a character, the presence is unbound by all the endless, he can erase them and make the verse have no conceptualized death/destiny/dream/desire/delirium etc, if darkseid doesn't exist the verse is devoid of bad things, it's all going to be good, Everything's good, so since black racer managed to kill the concept of evil, and the endless are generally above darkseid, we don't know who the true concept of death in DC is, or they could be the same being in different manifestations, so either way, he has a claim on the tribunal, and he wins